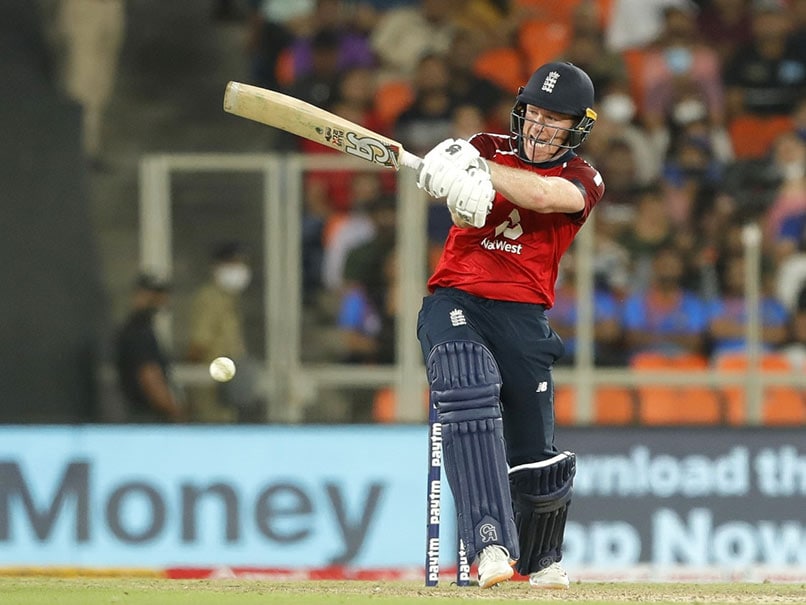 Match-winner Jos Buttler praised England captain Eoin Morgan as a “pioneer” after his landmark 100th T20 International appearance in Tuesday’s victory over India. Buttler, whose unbeaten 83 eclipsed India skipper Virat Kohli’s swashbuckling 77, said Morgan was an inspiration to up-and-coming England cricketers. Morgan, 34, has revamped England’s approach to limited-overs cricket, highlighted by their 2019 ODI World Cup win — four years after they failed to get out of their pool in 2015.

“He’s been a pioneer for English white-ball cricketers — he was a pioneer as a player to start with and certainly as a captain and leader,” Buttler said.

“He has always been someone who has been ahead of the curve.”

Dublin-born Morgan became the first England men’s player to play 100 T20 internationals in the eight-wicket win, which put the tourists 2-1 up in the five-match series.

Morgan has “taken England’s white-ball cricket to places it’s never been before and he’s done it in a quite incredible way”, Buttler said.

“He’s a selfless guy but it’s no mean achievement to reach 100 caps.”

Morgan, who will lead England at the T20 World Cup in India later this year, said receiving the 100th cap from his “great friend” Buttler was an emotional moment.

“It nearly brought me to tears to be honest,” Morgan said of Buttler’s short address to the team.

“Playing in 100 games is a proud moment for me but the words that he said really did warm my heart and I am very grateful,” said the captain.

Buttler, 30, admitted he sometimes felt under pressure to retain his opening spot, a position he has held since 2018.

“I don’t know if it will ever end, people seem to quite enjoy talking about it. I certainly feel the pressure of that sometimes,” he said.

“We have lots of guys who would love to bat in that opening position. For most people it’s probably the best place to bat in the game.

“But I know I’ve got the full backing of Morgs to go and do it, which gives me a lot of confidence.

“I know Morgs is keen for me to open in this team and I do it with his backing.”