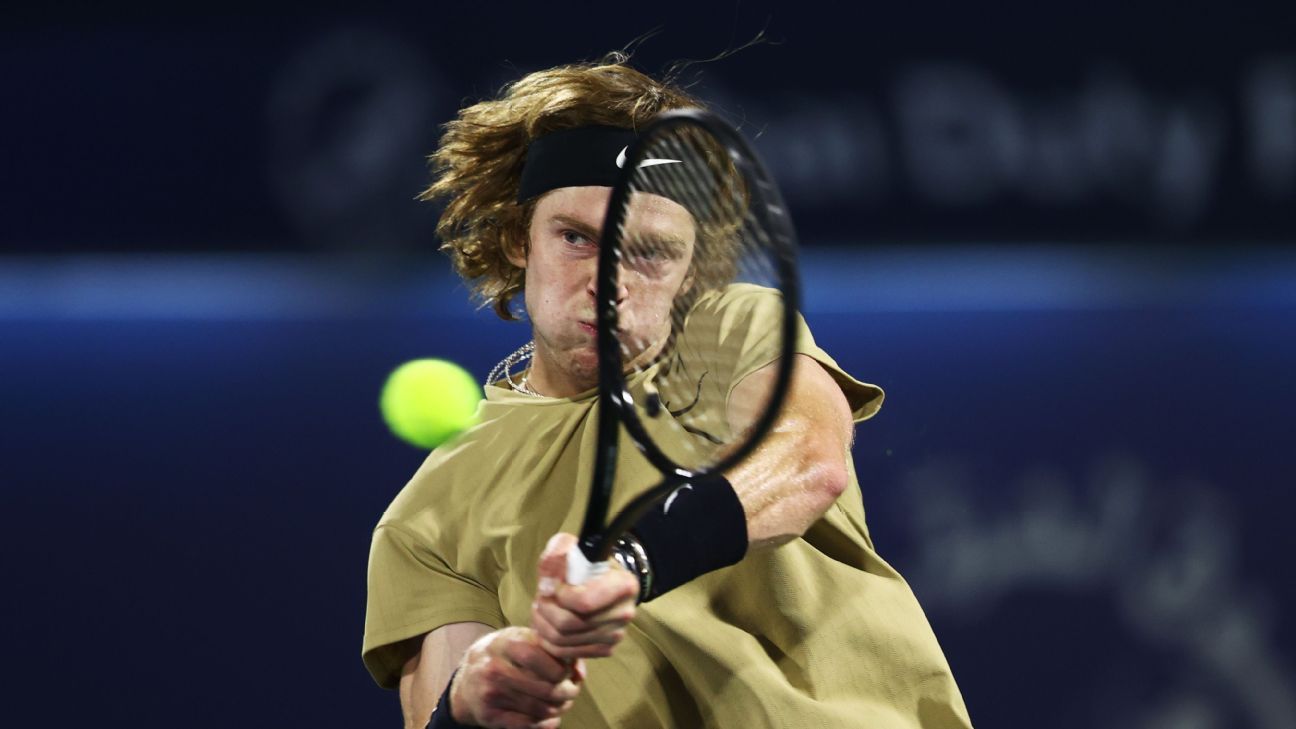 DUBAI, United Arab Emirates (AP) – Andrey Rublev and Denis Shapovalov eased into the quarterfinals of the Dubai Championships on Wednesday and qualifier Lloyd Harris continued his run of upsets.

The second-seeded Rublev needed barely an hour to win 6-3, 6-1 against Taylor Fritz. He next faces a rematch against Marton Fucsovics, the player he beat in the Rotterdam final earlier this month.

Fucsovics won 6-1, 4-6, 6-4 against 11th-seeded Dusan Lajovic. The Hungarian has gone to three sets in all three matches in Dubai this week.

Playing his 200th tour-level match, the third-seeded Shapovalov held serve throughout a 6-4, 6-3 win over Hubert Hurkacz to set up a quarterfinal against Jeremy Chardy. If Shapovalov wins, it would be the first time this year that the 12th-ranked Canadian has won three consecutive matches. Chardy upset eighth-seeded Karen Khachanov 6-7 (3), 6-4, 6-4.

Harris won 7-6 (5), 6-4 against 14th-seeded Filip Krajinovic to follow his upset win over top-seeded Dominic Thiem on Wednesday. The South African qualifier was 4-2 down in the tiebreaker before winning five of the following six points, and broke Krajinovic at 3-3 in the second. Harris will face Kei Nishikori, who beat Aljaz Bedene 6-4, 6-4.