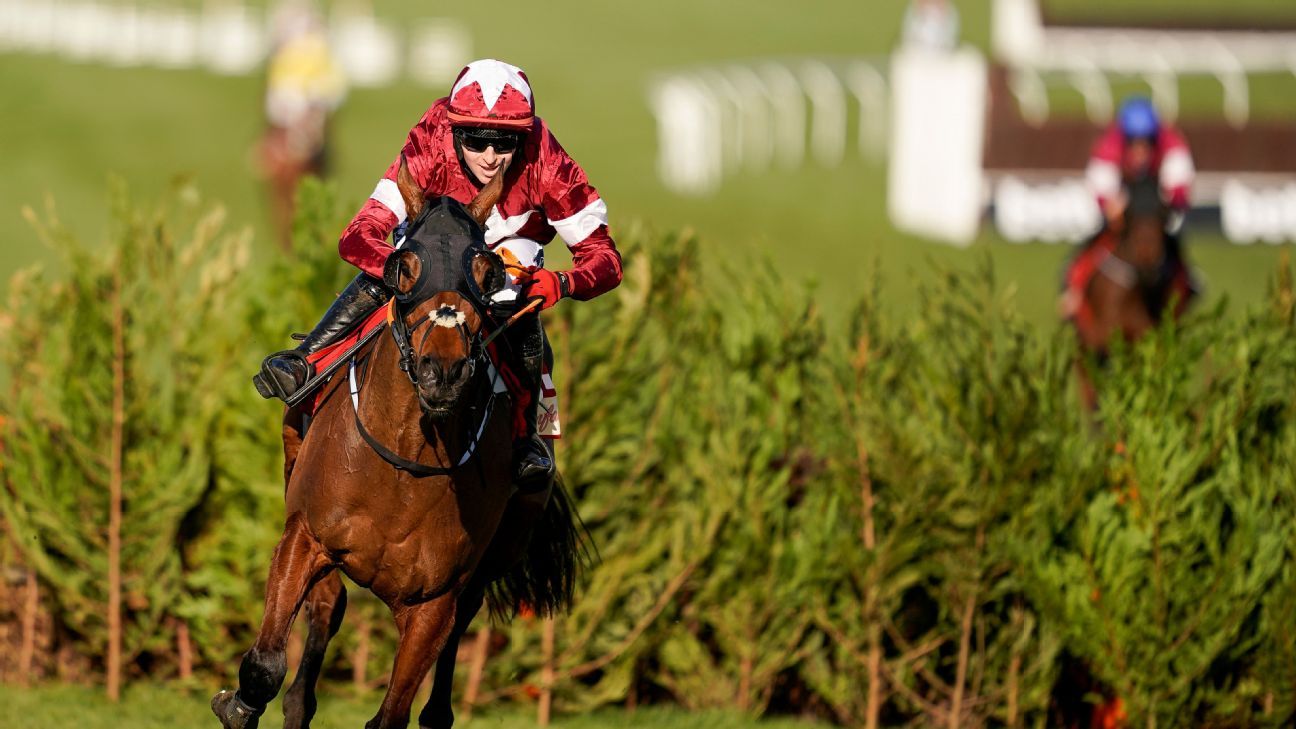 CHELTENHAM, England (AP) – Tiger Roll became a five-time winner at the Cheltenham Festival by powering to an 18-length victory in the Glenfarclas Chase on Wednesday.

It was a return to form for a popular horse which has won the last two runnings of the Grand National Steeplechase — in 2018 and 2019 — but won’t be going for an unprecedented three-peat in the gruelling Aintree race next month after his owners withdrew him from the field because of what they perceived as an unfair handicap mark.

Tiger Roll has been under the temporary care of Denise Foster in recent days following the suspension of his usual trainer, Gordon Elliott, this month after an image of him sitting on a dead horse was shared on social media.

Tiger Roll was sent off as the 9-2 second-favourite behind the horse which beat him last year, Easysland, and he looked a lot younger than his 11 years around the cross-country course.

“He loved it out there. That’s the Tiger we’ve been seeing at home. He’s just a legend.”

Eddie O’Leary, racing manager for Tiger Roll’s owners at Gigginstown House Stud, said there were no regrets at pulling the horse out of the Grand National.

However, O’Leary added: “It’s going to be hard to retire him after that now.

“Whatever we decide to do, and if he never wins another race, we will enjoy today.”

Put The Kettle On won the Queen Mother Champion Chase, the marquee race on Day 2 of the festival, as odds-on favourite Chacun Pour Soi finished third.