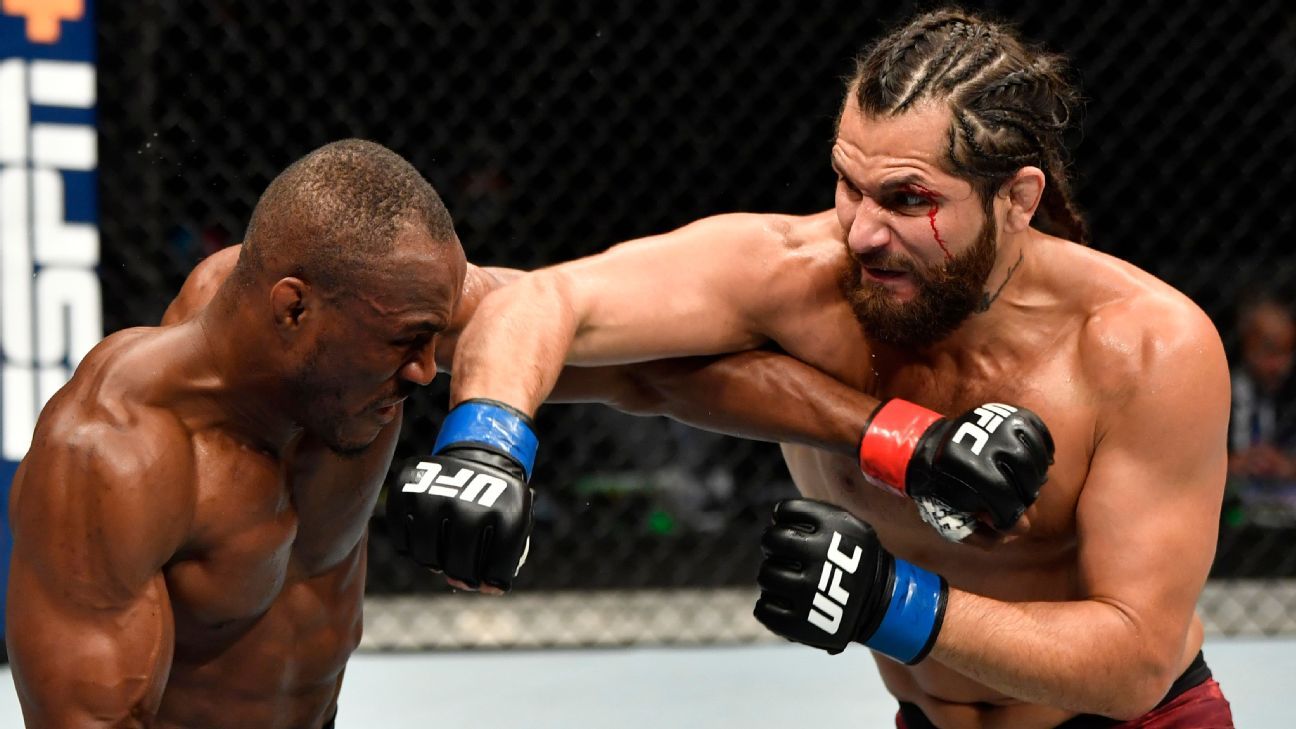 The UFC will be running its first show in front of a full crowd in more than a year. And the promotion will do so with a huge main event.

Kamaru Usman will defend his UFC welterweight title in a rematch against Jorge Masvidal in the headliner of UFC 261 on April 24 in Jacksonville, Florida, UFC president Dana White said Monday on Twitter.

White said the event will have a full crowd of about 15,000 fans — the first time the UFC has done a card with no capacity limit since the start of the coronavirus pandemic in March 2020.

“I have been waiting a year for this day to tell you — we are back,” White said.

UFC 261 will take place at the VyStar Veterans Memorial Arena, which hosted the UFC’s first three shows following a two-month COVID-19 hiatus in May. Those events took place without fans in attendance.

Usman (18-1) is coming off a third-round TKO win over Gilbert Burns last month. The Nigerian-born resident of Florida has 13 straight UFC wins, the most in UFC welterweight history. Usman, 33, defeated Masvidal by unanimous decision at UFC 251 last July in Abu Dhabi, but Masvidal came in on just six days’ notice after Burns, Usman’s initial opponent for the card, tested positive for COVID-19.

Masvidal (35-14) is one of the most popular fighters on the UFC roster. The Miami-area native had a three-fight winning streak snapped by Usman last year. Masvidal, 36, owns stoppage wins over the likes of Nate Diaz, Donald “Cowboy” Cerrone, Darren Till and Ben Askren. The latter was a five-second knockout, the quickest finish in UFC history.

UFC 261 will be the first UFC event since UFC 248 on March 7, 2020, to take place in front of a crowd with no capacity limit. UFC 257 in January, which was headlined by Conor McGregor vs. Dustin Poirier, was held in front of a select number of ticketed fans in Abu Dhabi. All of the UFC’s shows in the United States since last May have been held at the UFC Apex, a facility the promotion owns across from its Las Vegas corporate campus.