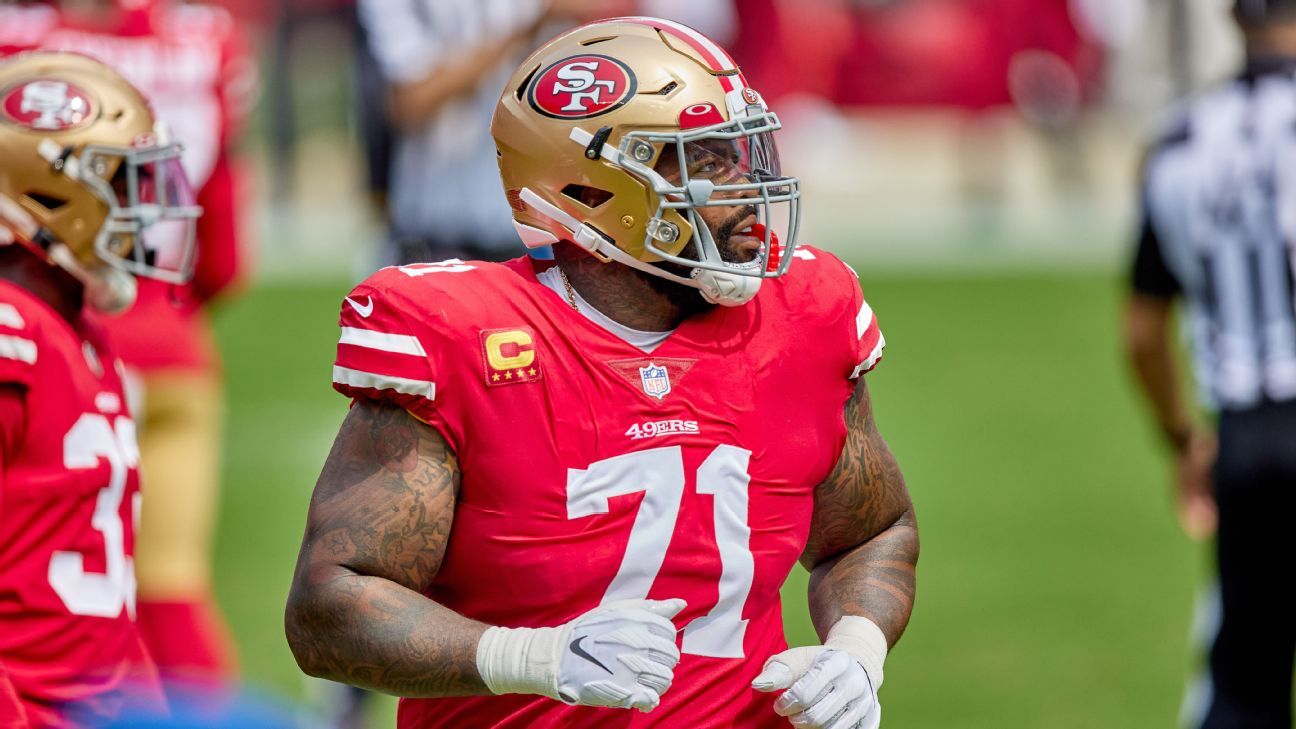 Trent Williams and the San Francisco have reached a deal, sources tell ESPN.

Williams’ deal with the 49ers is for 6 years, $138 million, making him the highest paid offensive lineman in NFL history. Of the $55.1 million guaranteed cash in the contract, $30.1 million comes in the form of a signing bonus.

The 49ers traded for Williams on the third day of the 2020 NFL draft, sending a fifth-round selection and a 2021 third-round choice to the Washington Football Team.

Upon joining the Niners, they agreed to add a clause in his contract that meant they could not tag him this offseason. Williams, 32, (July 19), went on to stabilize the left tackle position in place of the retired Joe Staley, starting 14 games and returning to his previous Pro Bowl form in the process.

All of that came in Williams’ first season back after sitting out all of 2019 as he engaged in a dispute with Washington over the handling of his injury issues and his contract.

At the end of the season, Williams maintained that he hoped to re-sign with San Francisco but also acknowledged that he wanted to see what a premiere tackle could get on the open market since players at his position of that caliber rarely make it that far into free agency.

Since entering the league as the No. 4 overall pick in the 2010 NFL draft, Williams has started 133 games, earning eight Pro Bowl berths and a second-team All Pro nod in 2015.