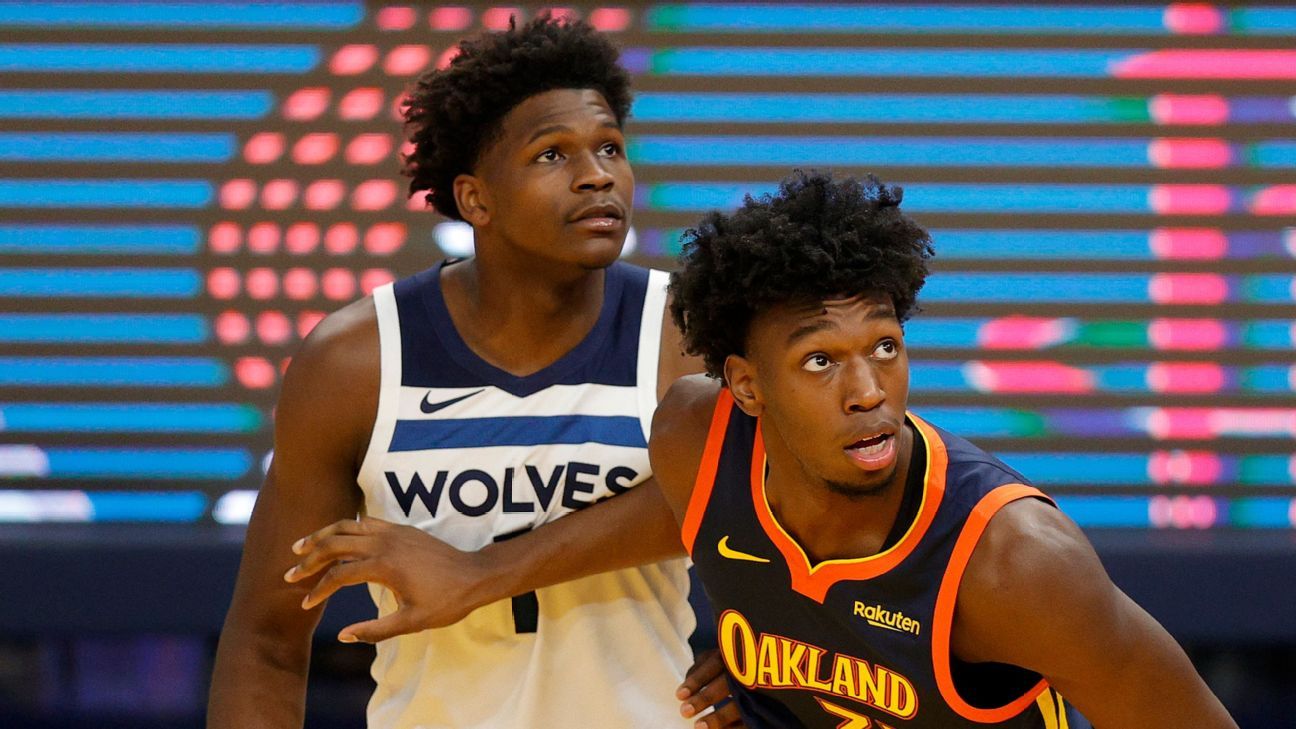 What is projected to happen in the 2021 NBA draft lottery?

This will be the third lottery since the NBA flattened the odds, which introduced more uncertainty at the top of the draft order. Last season, the Minnesota Timberwolves won the lottery with the league’s third-worst record and the Charlotte Hornets jumped up to No. 3 after finishing with the ninth-worst record.

There’s a new wrinkle to the tank race this season: teams that finish No. 9 or No. 10 in each conference will make the playoff play-in round. That gives more teams incentive to remain competitive through the end of the regular season rather than trying to help their lottery odds.

With some of the top prospects taking the court in the NCAA tournament and the NBA trade deadline approaching, here’s what you need to know about the most likely lottery winners and the traded picks at stake. We’ll use ESPN’s revamped Basketball Power Index (BPI) for projections.

In 2019, the NBA began drawing the top four selections in the lottery with new odds for each slot. A full breakdown of those changes can be found here, but these are the key things to know:

Here’s this season’s current lottery odds via BPI, including each team’s play-in chances.

This lottery is all about the top five — a rare level of depth.

“The top five of this class is pretty spectacular — definitely one of the best I’ve seen in my nearly 20 years of covering the draft,” ESPN draft expert Jonathan Givony wrote recently. “I have to think any team would be happy landing anywhere in this range.”

Here are those top five prospects, per scouting and inside intel from Givony and Mike Schmitz:

No team will enter the lottery with a better than 14% chance to land the No. 1 pick and the opportunity to draft Cunningham, but — pending trade obligations — the team that finishes with the worst record in the league is guaranteed to have an opening to pick one of these five prospects. Every other franchise will be hoping on the ping pong balls.

This loaded draft also features some key traded first-round picks to monitor heading into the deadline and the rest of the season. Here’s a rundown.

Minnesota will send its pick to Golden State if the selection falls outside of the top three. If the pick doesn’t convey this season, it becomes unprotected next year.

The Wolves are currently projected to finish with the league’s worst-record, which would give them a 40% chance of staying in the top three and keeping their pick, but a 60% chance of sending the Warriors pick No. 4 or No. 5 and a chance to draft one of the star prospects.

OKC will receive the two most favorable first-rounders between its own pick, Houston’s pick and Miami’s pick, but the Houston pick is top-four protected. If Houston’s pick falls within the top four, then OKC receives its own first-rounder as well as Miami’s.

This one is going to be close. As long as the Rockets finish with a bottom-three record — projected as a likely outcome at this point — they will have a 52% chance of landing in the top four via the lottery drawing. A winning streak that vaults them out of the bottom three would start to hurt those odds.

In an unlikely yet plausible scenario, the rebuilding Thunder could end up with Cunningham at No. 1 via their own pick and the last remaining star prospect from the top five via the Rockets.

The Mavericks owe the Knicks their first-rounder unprotected this season. After a shaky start, Dallas has climbed up to No. 8 in the West with an 84.9% chance of making the playoffs, according to BPI projections.

It looks unlikely that this pick ends up in the lottery, but it’s still one to monitor. Given the unpredictable nature of this season and the flattened odds, a losing streak or a play-in dud that drops the Mavericks down the standings could turn into a valuable high-lottery pick for New York.