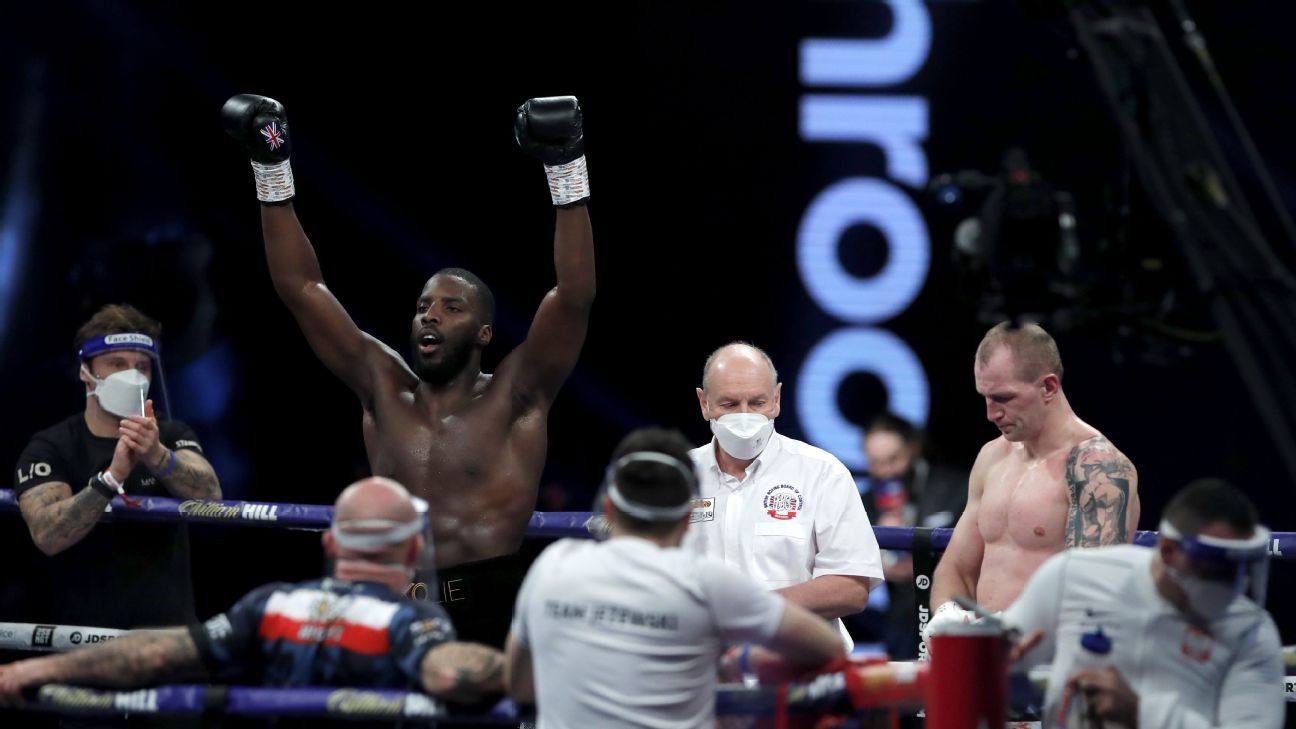 Lawrence Okolie’s first world title fight on Saturday comes as part of a busy month for the cruiserweight boxer, whose forthcoming book follows the release of a music single.

The English cruiserweight’s debut rap single “TKO” was released earlier in March, and will be played when he walks to the ring to face Krzysztof Glowacki for the vacant WBO world cruiserweight title at The SSE Arena in London.

Okolie (15-0, 12 KOs), who is known as “The Sauce,” has not fought for a world title before, but the 28-year-old is already hoping it quickly leads to unification title fights before a move up to heavyweight.

“I hope to step up one day, after three or four title fights at cruiserweight,” Okolie told ESPN.

“When it’s time to make the transition to heavyweight I will make it well. I will put on a bit of weight, but not too much. I definitely want to unify titles at cruiserweight but it depends how things move with different fighters, and I’m not looking past this one.”

Glowacki (31-2, 19 KOs), 34, will be Okolie’s most experienced opponent to date, and the Londoner admits he has altered his preparations after a quick demolition of Nikodem Jezewski in December. Okolie stopped Jezewski after Glowackli pulled out of the December fight date due to a positive COVID-19 test.

“His experience will make Glowacki more confident but that’s as far as it goes, it makes him ready,” Okolie said.

“But I’m one of those fighters who is only as good as who I am fighting. He’s a good fighter, really strong and good at counter boxing. After he saw what I did to his countryman I’ve prepared for a more switched-on fighter, maybe on the backfoot, and a better prepared Glowacki.”

Okolie is managed by Anthony Joshua, the IBF-WBA-WBO world heavyweight champion, and wants to become the first world champion client for Joshua’s 258 Management firm. One of the potential unification fights would be against Latvia’s IBF titleholder Mairis Briedis, who stopped Glowacki in three rounds in June 2019. Glowacki has not boxed since.

“The end goal with Lawrence is to move up to heavyweight but he has unfinished business at cruiserweight,” Matchroom promoter Eddie Hearn said.

“I only see him at cruiserweight for another year. I just see him beating everyone in the division. The pace we move him at will be determined how Saturday goes.”

During lockdown, Okolie has also been busy writing a book — “Dare to Change Your Life” — which is released April 8 and tells the story of how he was inspired to take up the sport after seeing Joshua win the Olympic gold medal at London 2012, while he was working in McDonalds. But Okolie hopes the best chapters of his boxing career are still unwritten after gaining momentum in the last two years and since joining trainer Shane McGuigan.

“Shane has brought a bit more confidence and made me a bit more set and punching through the target more,” he said.

“My mindset has had a massive part to play in it [knockout run]. I’ve won five-in-a-row by knockout. I’m getting older and there’s a lot more at stake now. I have a vision of myself and what level I’m at. If I’m not performing, I know it. I apply myself a bit better now than I did before.”