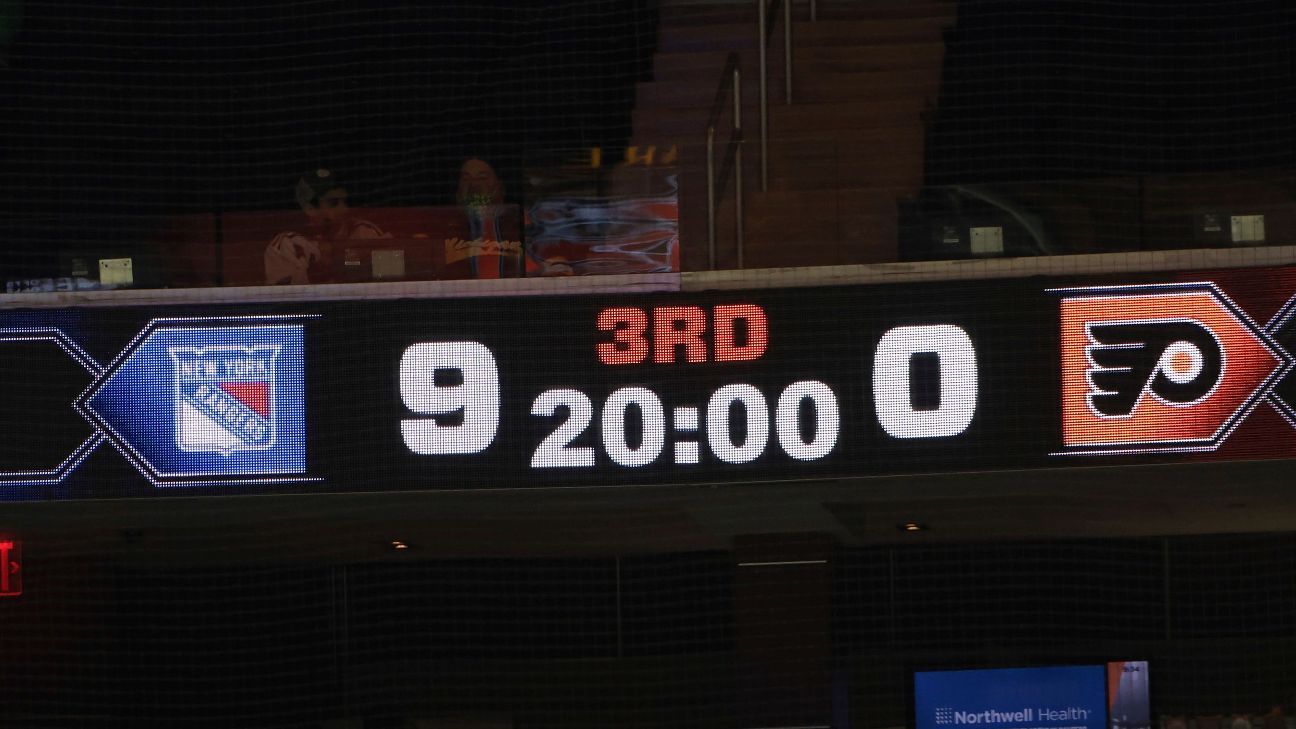 The Philadelphia Flyers, scuffling for most of March, knew they already had an uphill battle to reclaim their early-season form and get back into playoff position.

The hill seems even larger now.

The New York Rangers, inconsistent themselves most of the season, woke up in a major way Wednesday night, trouncing the Flyers, 9-0, at Madison Square Garden, humiliating a rival and their former coach, Alain Vigneault.

The Flyers essentially watched as Mika Zibanejad tied an NHL record with six points, including three goals, in one period, as the Rangers rolled to their largest margin of victory since 1986. And they did so without their full-time coaching staff, behind the bench, due to COVID-19 protocols.

“Embarrassing to be playing on that ice tonight, the way we played. We didn’t help our goalies at all,” Flyers captain Claude Giroux said. “I mean, there’s not a lot words to say. We know we’ve got to wake up and the good thing is we have a game (Thursday). So, we need to answer (Thursday).”

“We obviously talked about it a little bit after the game, but everybody knows that it’s not acceptable,” Giroux said, “and there needs to be an answer (Thursday).”

On Thursday, the Flyers will take on the New York Islanders.

“No doubt that we weren’t good tonight,” Vigneault said. “We’ll get to Long Island here, and get ready.”

Philadelphia has just six points in their nine games played this month. And the team that won three of four to open the season, and had a four-game winning streak in January, now finds itself three points behind the Boston Bruins for the final playoff position in the East Division.