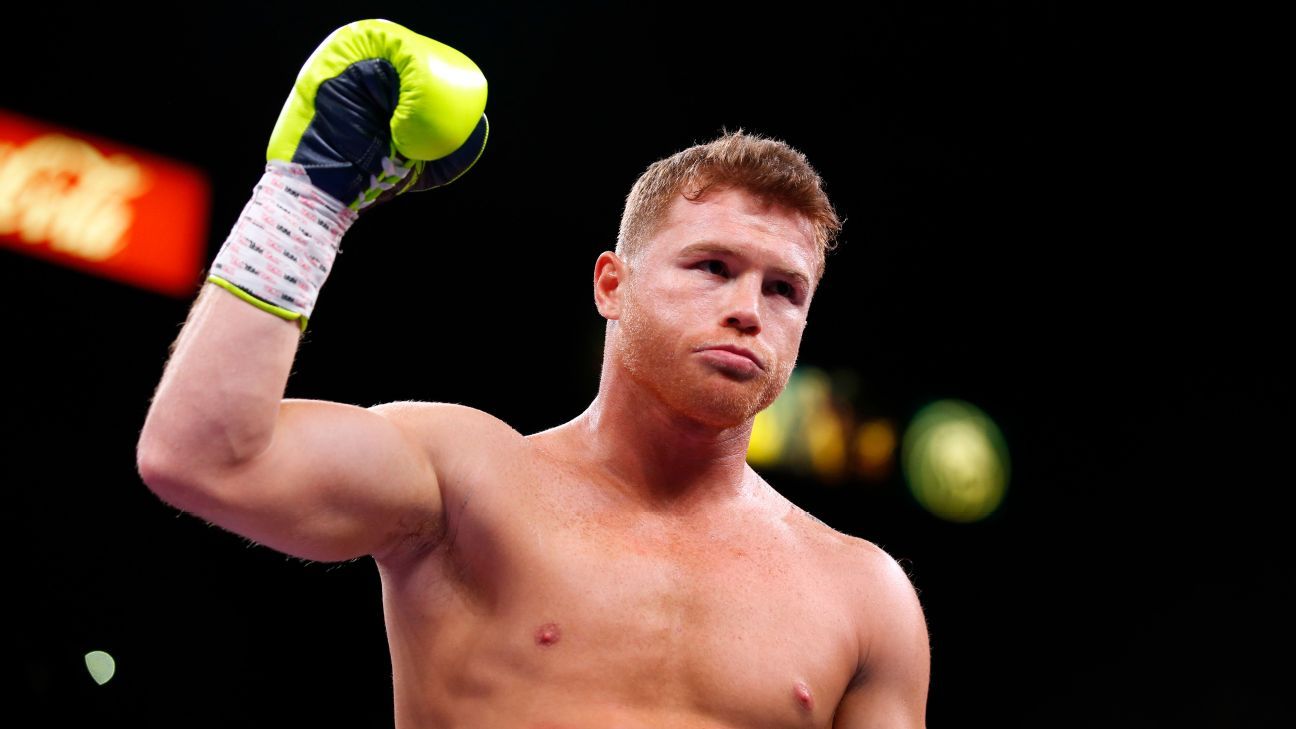 Canelo Alvarez will continue his pursuit to unify the super middleweight division May 8 vs. Billy Joe Saunders at AT&T Stadium in Arlington, Texas, where more than 60,000 fans will be allowed in attendance, Matchroom Promotions said Friday.

Alvarez, boxing’s biggest star and one of the best pound-for-pound fighters in the world, is putting his WBC, WBA and The Ring magazine titles on the line while aiming to take Saunders’ WBO belt. Tickets go on sale starting Tuesday at 11 a.m. ET. The bout will be broadcast worldwide on DAZN.

Matchroom Promotions is expecting the biggest United States sporting crowd since the coronavirus pandemic shutdown began in March 2020, with capacity expected to be between 60,000 and 70,000. Alvarez’s September 2016 bout against Liam Smith at AT&T Stadium had 51,240 fans in attendance, including 5,125 complimentary tickets.

“We are proud to host a boxing match of this magnitude as we welcome back Canelo Alvarez to AT&T Stadium to take on Billy Joe Saunders,” Dallas Cowboys owner, president and general manager Jerry Jones said. “AT&T Stadium was built to house the greatest sporting events on the planet, and we feel we have another incredible boxing event on the horizon with this matchup taking place in Arlington on May 8th.”

This will be the third bout in the past six months for Alvarez (55-1-2, 37 KOs), coming off February’s third-round win over mandatory challenger Avni Yildirim at Hard Rock Stadium in Miami Gardens, Florida, and the December unanimous decision win over the previously undefeated Callum Smith.

Saunders (30-0, 14 KOs) is a two-weight champion coming off a December unanimous decision win over Martin Murray.

The bout will occur the weekend after Cinco de Mayo, an important date for Alvarez as a Mexican boxer who is sure to have a heavy contingent of fans in attendance to see him fight. The British Saunders will bring his own set of fans for the unification bout.

“Last year Canelo missed out on his historic Cinco de Mayo fight, and to bring over 60,000 fans together at this iconic stadium this year is a dream come true,” Matchroom promoter Eddie Hearn said. “This fight is the biggest of 2021 so far with Canelo looking to unify the division once more against undefeated two-weight World champion Billy Joe Saunders.”