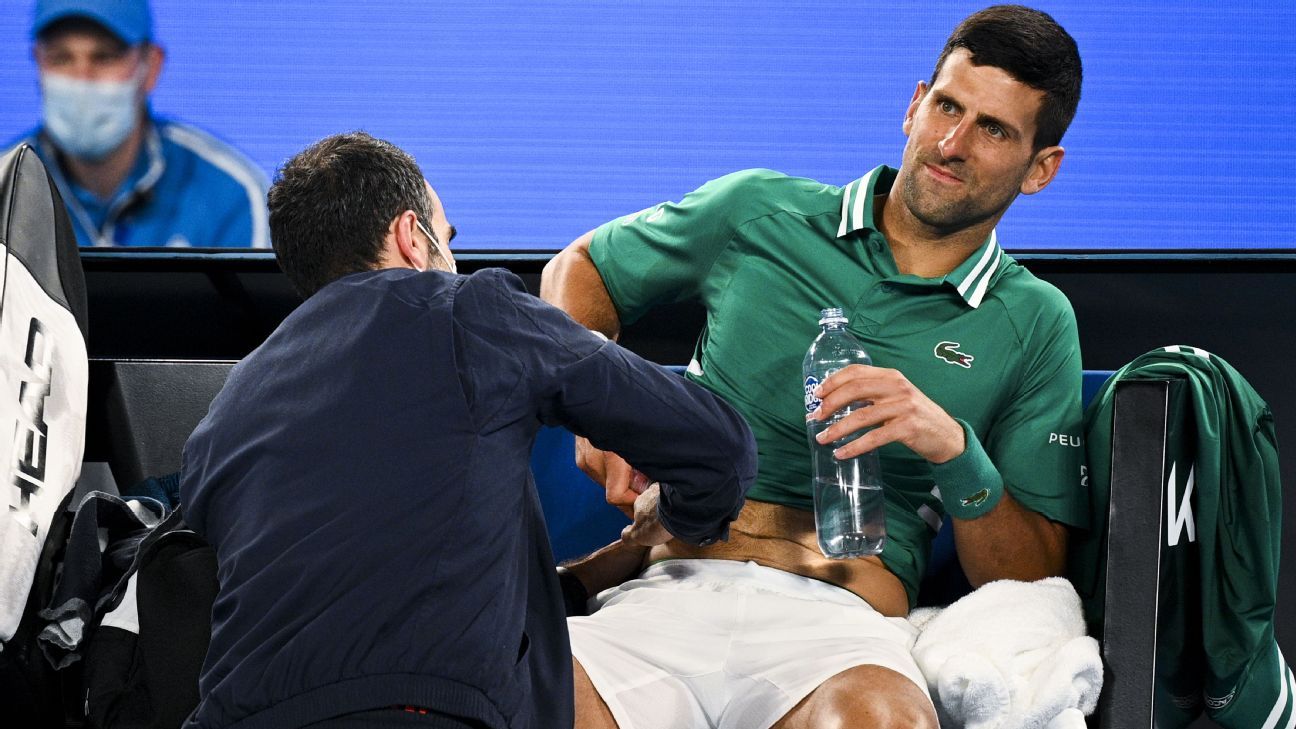 MIAMI — No. 1-ranked Novak Djokovic pulled out of the upcoming Miami Open on Friday, citing coronavirus restrictions as he joined Rafael Nadal and Roger Federer on the sideline.

The tournament begins Tuesday, with only 750 fans allowed on the grounds per session. The pandemic is also affecting attendance by players.

“I decided to use this precious time at home to stay with my family,” Djokovic said in a statement. “With all restrictions, I need to find balance in my time on tour and at home.”

Nadal pulled out Tuesday, citing a bad back that bothered him during the Australian Open. Federer, mounting a comeback from knee surgery, withdrew March 1. They’re based overseas, as is Djokovic.

“This has been a difficult year for everyone,” Miami Open tournament director James Blake said in a statement, “but especially for players with families.”

Djokovic won his 18th Grand Slam title at the Australian Open last month. The Serb is in his 312th career week at No. 1 and recently broke Federer’s record of 310 total weeks in the top spot.