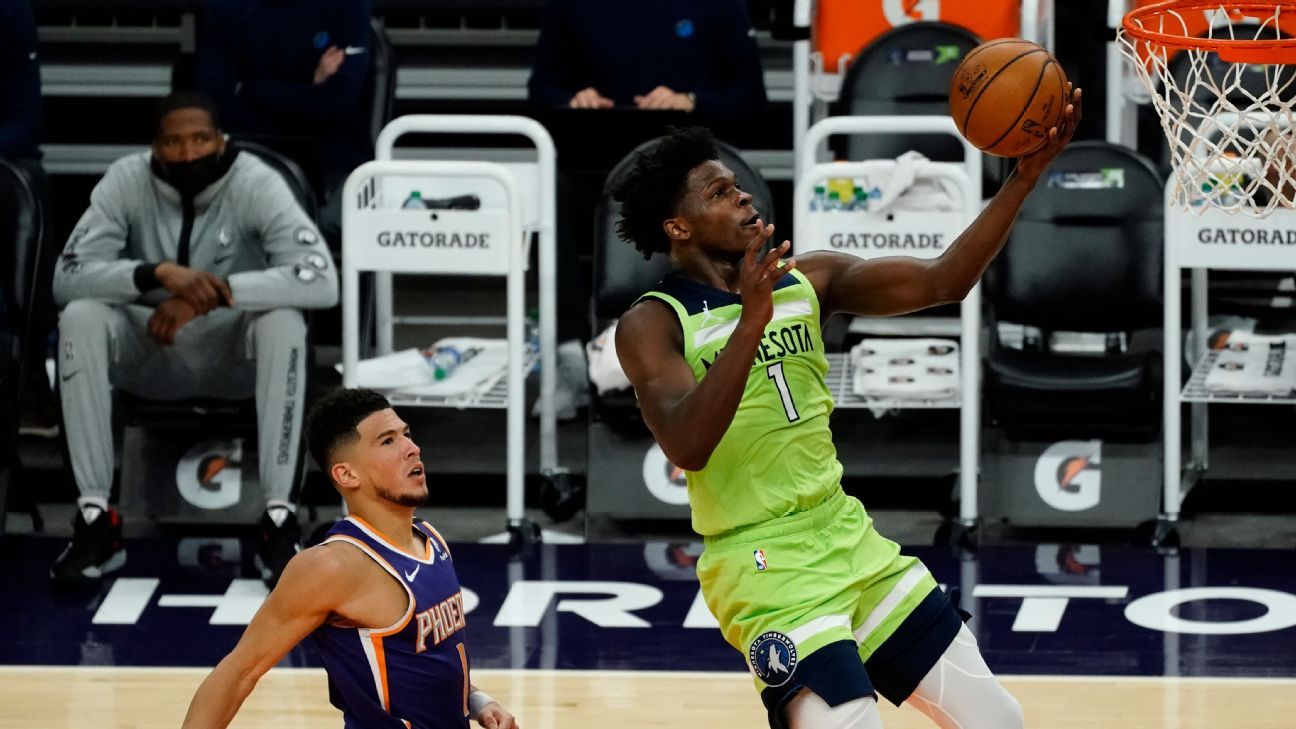 At 19 years and 225 days old, Edwards became the third-youngest player in NBA history with a 40-point game.

The Timberwolves still have the worst record in the NBA at 10-31 but have played better since the All-Star break, winning three of five games. Edwards, who was the No. 1 overall pick out of Georgia last summer, has exploded since the break, averaging 30.6 points in his last five games.

Both Edwards and Towns carried Minnesota in Thursday’s win, pouring in points from all over the floor.

Edwards made 15 of 31 shots. Towns was even more efficient, making 15 of 24 shots, including 5 of 7 3-pointers. Juancho Hernangomez dunked with 2.5 seconds left to seal it.

Jevon Carter hit a 3-pointer just before the third quarter buzzer to give the Suns a 91-83 lead. But the T’wolves kept the game tight, and Towns tied it at 107 after a 3-pointer with less than five minutes remaining. Towns also added 10 rebounds and eight assists.

Devin Booker led the Suns with 35 points on 13-of-22 shooting. Phoenix lost for just the fifth time in its last 23 games.

The Suns got off to a slow start, but back-to-back 3s from Dario Saric and Booker tied it at 25 by the end of the first quarter. Phoenix pulled ahead 58-53 by halftime.

Booker had 21 points before the break on 7-of-10 shooting from the field. Edwards had 22 points in the first half for the Timberwolves, including a pair of powerful dunks after slicing through the Suns’ defense.