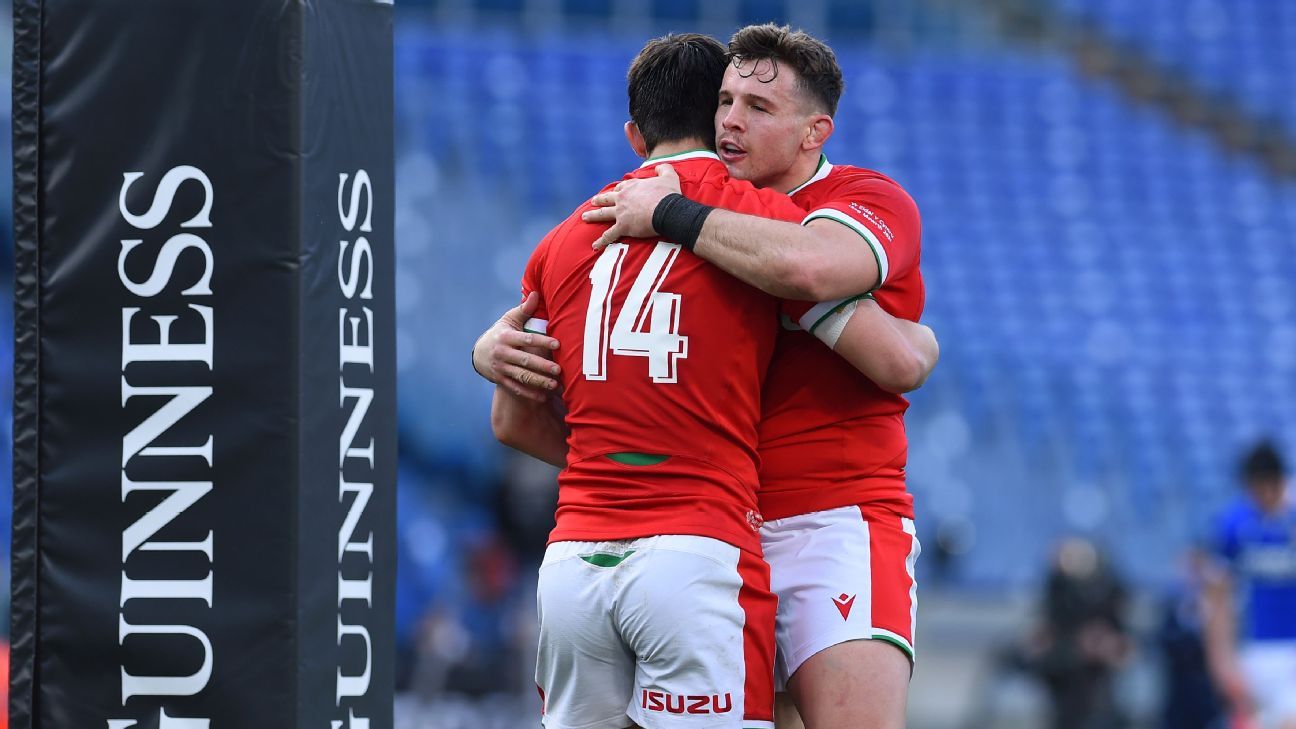 As we approach the final round of the 2021 Six Nations, Wayne Pivac’s Wales side are on the verge of history as they chase the Grand Slam.

It is a remarkable feat given only six months ago there were question marks hovering over Pivac’s long-term future as the Wales boss after a grim run of results, but they have flown under the radar through this championship. Wales are not simply a “bad” Grand Slam team.

Any clean sweep is a remarkable feat, and if Wales win on Saturday in Paris against a wounded France team, then they deserve their place in the pantheon of Six Nations greats. It would be Wales’ 13th championship Grand Slam and Pivac’s first.

Super Saturday will revolve around events in Paris late on in the evening. But it starts in Edinburgh where Italy travel to Scotland. Attention then shifts to Dublin for Ireland’s match against England. And then all eyes are on the Stade de France. A win for France means the Six Nations would still be up in the air, with France still needing to play Scotland due to the earlier postponement. But a win for Pivac’s side means this Six Nations will be neatly tied up and in Welsh hands.

Hovering nicely on the horizon is the prospect of the British & Irish Lions Test series against world champions South Africa. This weekend will be the last time Warren Gatland watches his prospective Lions in international action and it’ll help sway any last minute decisions. The players will have this compartmentalised in their minds but expect this to be a neat sub plot to the weekend’s action.

So, ahead of the final round of the Six Nations, here’s how the three matches are shaking down for our Rugby Pick’em game.

When Scotland faced Ireland last weekend, it was a match where their lineout disintegrated and despite getting a foothold in the game late on, their indiscipline let them down.

Saturday’s match will feel like an anti-climax for Scotland. The campaign started so well with their remarkable win over England against Twickenham, but has slowly slipped away from them with frustrating defeats to Wales, France and Ireland.

Consistency will be the key word in Scotland over the next two years in the run up to the 2023 World Cup and to test their player pool, Gregor Townsend has made seven changes for Italy’s visit.

Despite Italy’s poor form, Townsend is expecting the visitors to come and test this shuffled Scotland side.

“Italy have performed better away from home in this year’s championship, causing both England and France a number of problems. We expect them to produce their best rugby of the season against us,” Townsend said.

But Scotland are overwhelming favourites for this. Italy last won in the Six Nations in 2015 and their performance against Wales last weekend was poor. Franco Smith, the Italy head coach, says his team are improving game on game, but they badly need a victory to banish the spectre of calls for promotion/relegation in the Six Nations.

“We have a big challenge ahead of us,” Smith said. “Our work during the week was excellent. We want to win on Saturday, closing the tournament in the best possible way and continuing on the path of becoming more and more competitive.”

Prediction: Stuart Hogg will grab a couple of tries and Scotland will ease past Italy.

Everything and nothing is on this match. Neither team can win the Six Nations, but both teams will be going all out to finish underwhelming championships (by their high standards) on a positive note.

Ireland’s build up has been a touch turbulent this week with both Garry Ringrose and James Ryan ruled out, while their ever-reliant No.8 CJ Stander made his surprise announcement on Tuesday that he will retire at the end of the season. That Stander news will act as a fillip for Ireland.

“[CJ’s] been huge for both teams over the last five, six years,” Sexton said. “Very shocked, but we wish him well and we hope that his last game in green will be one to remember.”

Ireland head coach Andy Farrell will badly want to get a win against his old pay masters. England have won their last four against Ireland, but all bets are off on Saturday in this match.

Ireland make five changes from the side that won against Scotland with Conor Murray starting at scrum-half, Bundee Aki getting the nod in the centre, Jacob Stockdale back on the wing, while Josh van der Flier and Jack Conan are named in the pack. James Lowe is dropped.

England have made just one change from their impressive victory over France with Elliot Daly returning at outside centre for the injured Henry Slade, while Joe Marchant comes on to the bench.

Jones is predicting this to be fought and won in the air and reckons Ireland will try to keep the game tight, unlike last weekend’s thriller with France. The pick of Murray at No. 9 by Ireland certainly subscribes to Jones’ view but England are preparing for an attritional game on Saturday.

“[Ireland have] been progressing nicely, their forward play has been very, very good, their lineout, scrums, both areas have been impressive, they are good carriers around the ruck and good defensively around the ruck,” Jones said on Thursday. “It’s coincided with a higher kicking game that’s seen them play some good rugby.”

Prediction: England will get a narrow win in Dublin with under 5.5 tries scored, for Pick’em purposes.

This should be box office and it’s a crying shame the Stade de France towering stands will lie empty on Saturday evening.

A win for France here and they would still be in with a shot at the championship, pending the result of their game against Scotland, but this group will be frustrated at last weekend’s result against England. Despite their turbulent Six Nations — which saw their match against Scotland postponed to an as yet unassigned date — there is relative calm in the France camp this week and Fabien Galthie has kept the same XV that played England, meaning Romain Ntamack will stay on the bench.

Having seen Matthieu Jalibert’s performance last weekend, it would be incredibly unfair had he been dropped. Galthie has shifted to a 5-3 bench for this match, from the 6-2 last weekend, with Uini Atonio, Swan Rebbadj and Arthur Vincent included.

“This [Wales] team won the tournament in 2019, and failed in the semifinals of the World Cup. They have a strong culture and leadership,” Galthie said of Wales. “Their players know how to bounce back and are leading the competition. We must optimize all the talent and know-how of this team.”

For Wales, they stand on the brink of a remarkable Grand Slam. There’s a wonderful nostalgic pang whenever we have a team on the verge of a clean sweep. In Wales, memories of Grand Slams will drift back to that astonishing team of the 1970s — who won three championships undefeated — and for those with longer memories and a passion for rugby history, you have the classes of 1908, 1909, 1911, 1950 and 1952. And then there were the more recent Slams under Mike Ruddock in 2005 and then the three under Lions boss Warren Gatland. Wales know what it takes to get over the line, but they’ll be hoping for lucky number 13.

Pivac has opt for a settled side with Adam Beard back in the locks their sole change from the team that eased past Italy. Top of their to-do list is to silence the outstanding France No. 9 Antoine Dupont and they will be drawing on the experience of the group who managed to complete the clean sweep in 2019.

“Everybody is excited,” Pivac said. “It’s a great week. You have seven weeks to get here and now we can openly talk about what’s at stake.

“We’re very lucky that, in our changing room, we’re going to have 14 of the starting 15 having won a Grand Slam before. There are plenty on the bench and in the management that have also done it before.

“There is a lot of experience to call on in these situations, which is a good place to be. You don’t become a perfect team overnight, it takes time and we’re nowhere near perfect — we know that. We’ve got our own motivation.”

Prediction: Wales will complete the Grand Slam in Paris, with a narrow victory.