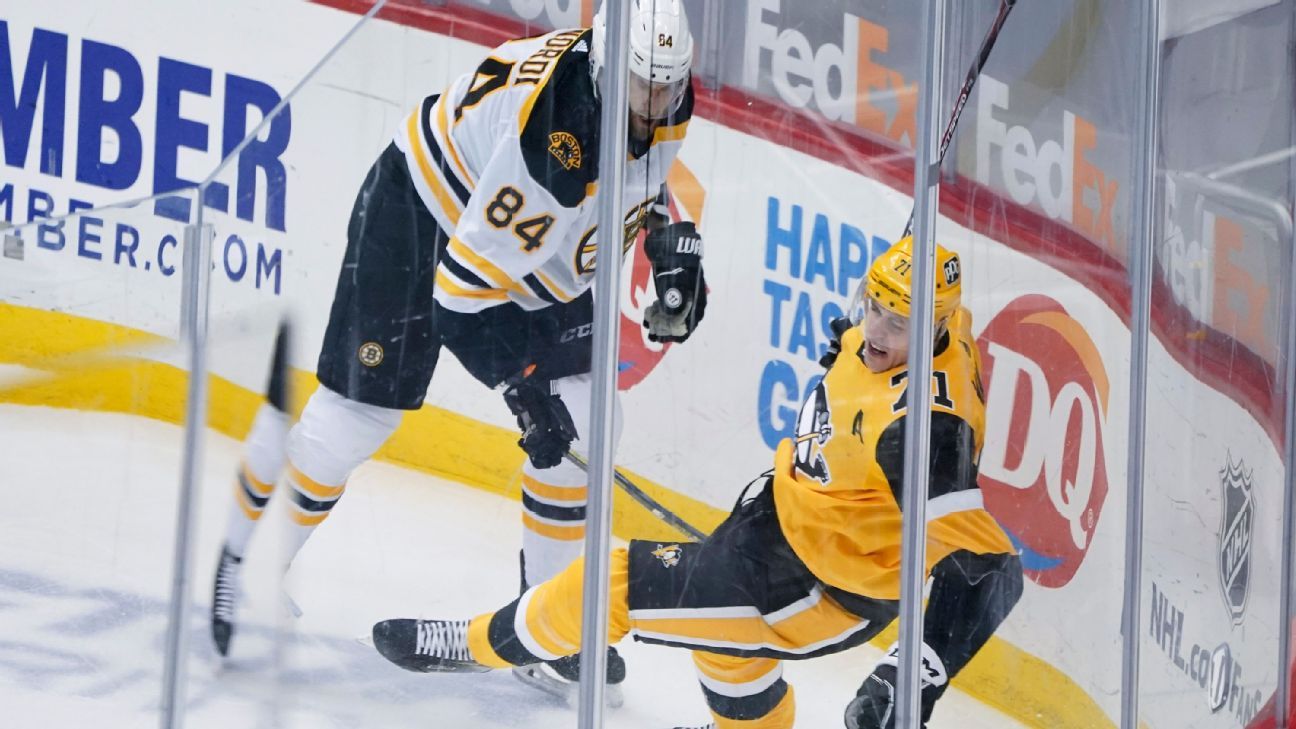 PITTSBURGH — The Penguins say center Evgeni Malkin is out indefinitely with a lower-body injury.

The team placed the Russian star on injured reserve Thursday, two days after Malkin appeared to hurt his right knee in a loss to the Boston Bruins.

Malkin was playing his best hockey of the season when he collided with Boston defenseman Jarred Tinordi late in the first period of what became a 2-1 loss to the Bruins.

“When you lose (Malkin), it’s a tough loss from our standpoint for everything that he brings to our team,” Sullivan said Friday. “We’re certainly encouraged that we’ll hopefully get him back in a timely fashion.”

Malkin has eight goals and 16 assists and put together an eight-game point streak from March 2-15 before getting hurt.

The Penguins entered Friday in third place in the highly competitive East Division.