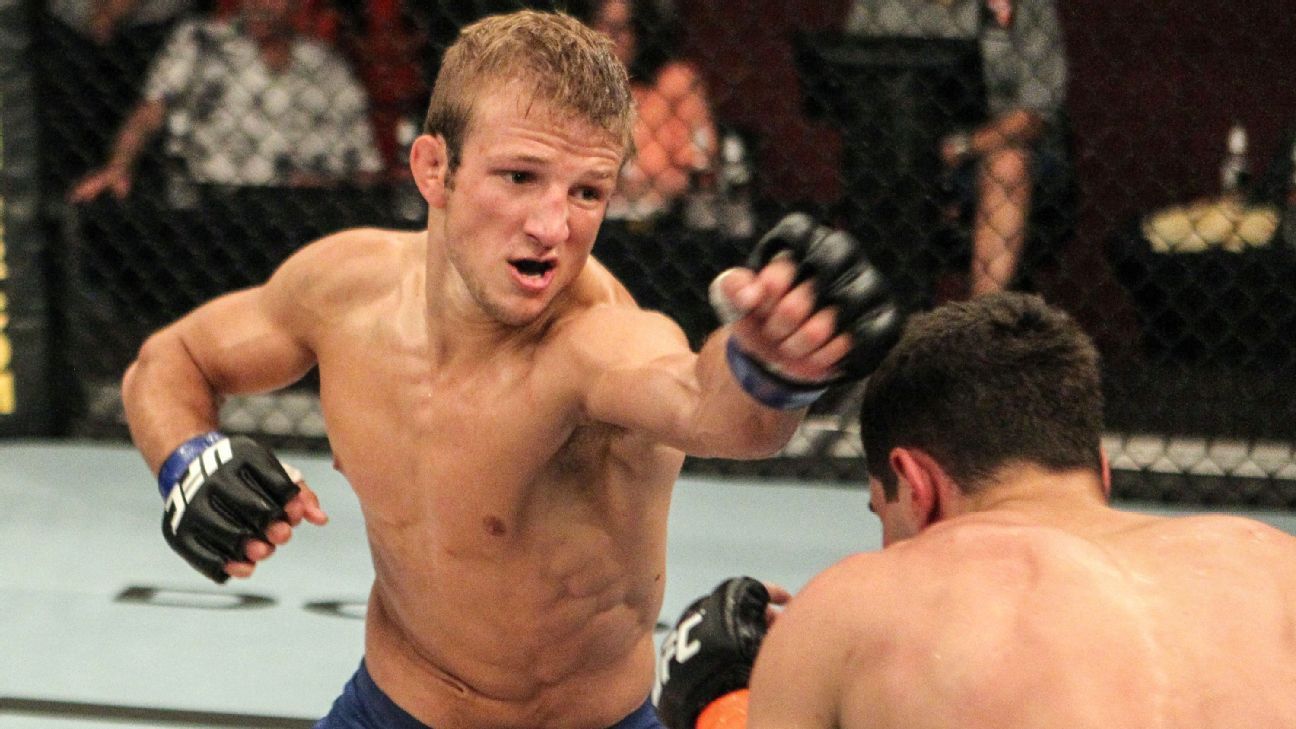 The UFC is finalizing a five-round bout between Dillashaw and Sandhagen to headline UFC Fight Night. Contracts have not been signed; however, both sides have agreed to the matchup. The UFC has not yet announced a venue for the May 8 event.

Dillashaw (16-4) has not fought since he came up short in a flyweight title fight against then-champion Henry Cejudo in January 2019. Dillashaw attempted to become the first champion in UFC history to move down in weight and capture a second title. He lost to Cejudo via TKO in just 32 seconds.

Several months after the fight, Dillashaw announced he was relinquishing his 135-pound championship, after the United States Anti-Doping Agency served him a two-year suspension for testing positive for recombinant human erythropoietin (EPO). Dillashaw later admitted he knowingly took the banned substance to combat the adverse effects on his body as he attempted to drop down in weight. Dillashaw’s suspension ended in January of this year.

Sandhagen (14-2) has been one of the most impressive bantamweight contenders in recent months. He suffered his first loss in the UFC back in June, in the form of a first-round submission defeat to current champion Aljamain Sterling. Since that setback, however, Sandhagen has knocked out Marlon Moraes and former lightweight champion Frankie Edgar.