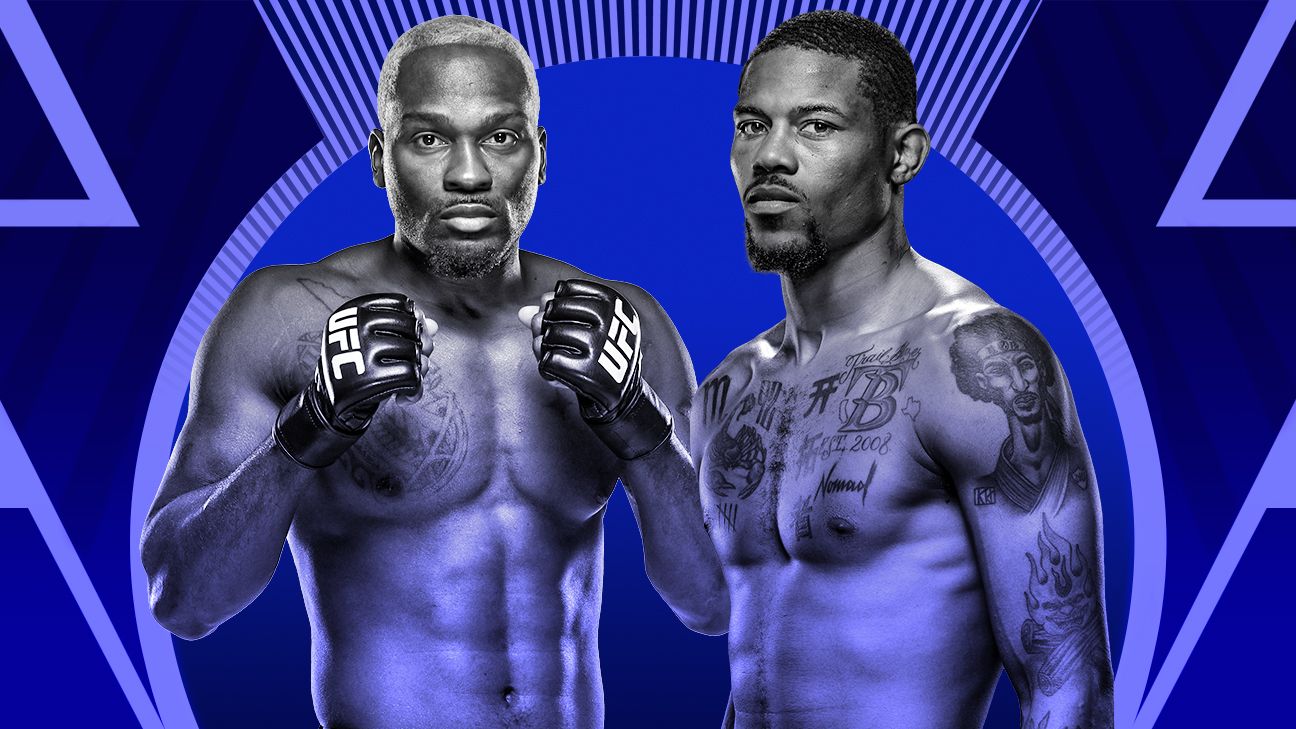 UFC middleweight Kevin Holland broke out in 2020 and has a chance to break out again in 2021 — if that’s even possible.

Holland (21-5) will headline his first UFC event on Saturday when he takes on Derek Brunson (21-7) at UFC Fight Night in Las Vegas. The main card airs on ESPN at 10 p.m. ET, with the prelims on ESPN2 at 7 p.m. All of the fights are also available on ESPN+.

For anyone who somehow missed Holland’s breakout, it won’t take long to catch up on the appeal. The 28-year-old is similar to Khamzat Chimaev, another standout from 2020, in that he truly wants to fight every weekend. Last year, Holland became the only middleweight in UFC history to go 5-0 in a calendar year.

His style is a form of chaos that often borders on reckless. His nickname is “Trailblazer,” but he’s more widely known as “Big Mouth” — a moniker bestowed upon him by UFC president Dana White, who didn’t even want to sign him initially because he talked too much.

Holland is an example of how fast things can happen in this sport if you’re willing to fight often and talk a little trash on your way up. One year ago, few would have guessed Holland would enter 2021 headlining a UFC event against a top-10 opponent.

And the $1 million question going into Saturday is a familiar one for any fast-rising prospect: Is he ready for this?

If he’s not, it will show against 37-year-old Brunson. A 10-year veteran of the sport, Brunson is trying to elevate himself from the gatekeeper status the UFC has clearly assigned to him of late. None of his past three opponents has been ranked, and the last one — 23-year-old Edmen Shahbazyan — was considered a potential phenom until Brunson dispatched him via third-round TKO in August.

This weekend either will produce a flashy potential star for the UFC in Holland, who could face a top-five opponent next with a win, or will produce a reimagined veteran who could finally crack into the title picture in his 18th UFC appearance. Either possible outcome is worth paying attention to.

3: UFC fighters who have gone undefeated, at 5-0 or better, at a single venue. Georges St-Pierre was 7-0 at Mandalay Bay Events Center, Matt Hughes was 6-0 at MGM Grand Garden Arena and Chuck Liddell was 5-0 at Mandalay Bay. A Holland victory would make him 5-0 at UFC Apex, allowing him to join the UFC Hall of Famers. All of these facilities are in Las Vegas.

0.93: Percentage of total UFC fight time that Brunson has spent in bottom position on the canvas. That is the lowest among active middleweights and second lowest all time in the division, behind Riki Fukuda‘s 0.22%.

12: Middleweight victories in the UFC by Brunson. A win Saturday would tie him with Brad Tavares for most among active 185-pounders.

5: Consecutive victories by Holland as a UFC middleweight. A win this weekend would make him the seventh fighter in division history to win six straight. He has three first-round finishes during the win streak.

60.5: Percentage of significant strike attempts by Holland that land, giving him the best accuracy in UFC middleweight history and the sixth best in UFC history overall (minimum five fights and 350 attempts). 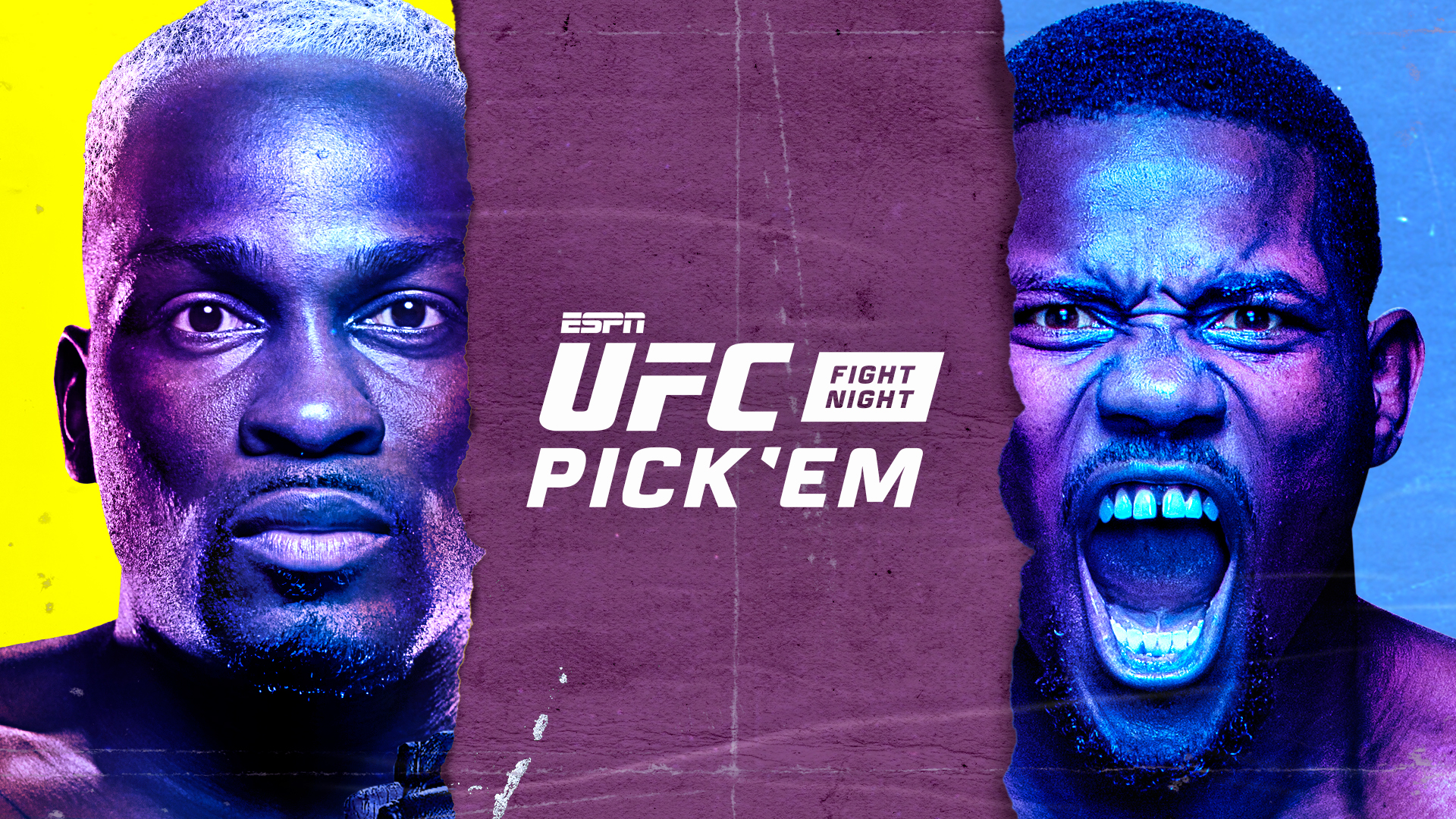 Make your fight picks and compete to win UFC 261 for FREE! Make Your Picks

“Brunson has shown that he can face adversity and come back and win,” said Marc Montoya, head coach at Factory X in Colorado. “He’s also shown that sometimes facing that fast striking style is not that amazing for him, matchup-wise. Holland is pretty confident, and why wouldn’t he be? He’s shown that on the ground and on the feet, he’s pretty comfortable. I feel like stylistically Holland is a tough matchup for Brunson. You’ve got a long, fast, accurate striker in Holland, and you’ve got Brunson, who is a vet who has been around the block.” Check out how Montoya and other experts break down the main event.

Watch the fights on ESPN or ESPN2: Download the ESPN App | WatchESPN | TV

Watch the fights on ESPN+. If you don’t have ESPN+, get it here.

2. Gregor Gillespie poses a clear wrestling threat to Brad Riddell in their co-main event. Gillespie has the third-highest takedown average in UFC history (7.02 per 15 minutes), the highest percentage of control time in lightweight history (75.8%) and both the highest percentage of top position time (53.9%) and the shortest amount of bottom position time (8 seconds) in division history.

3. Trevin Giles was scheduled to fight this card’s headliner, Kevin Holland, in August, but Giles fainted backstage and the bout was called off. Giles, who takes on unbeaten Roman Dolidze on the undercard, has the third-highest striking accuracy among active middleweights (54%) and the second-lowest strike absorption rate (1.98 per minute).

4. Montel Jackson, who takes on Jesse Strader in a bantamweight prelim, owns the highest striking accuracy in division history (59.6%) and the best strike absorption rate (1.28 per minute). Jackson has also landed 18 of 24 takedown attempts, the highest success rate ever for a UFC 135-pounder.

5. Leonardo Santos will be looking for his seventh straight win at lightweight when he fights underdog Grant Dawson on the prelims. Santos’ six wins in a row are tied for the third-longest active streak at 155 pounds. Dawson, meanwhile, has taken down each of his four UFC opponents at least once, and owns a 13-to-1 UFC takedown ratio.