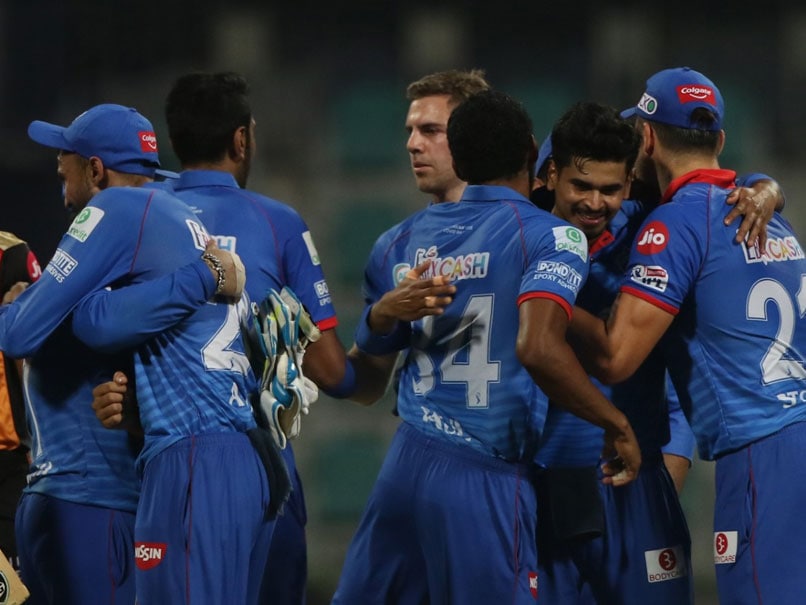 With the 2021 edition of the Indian Premier League set to be played across six venues and the situation around the coronavirus evolving every minute, getting those involved in the cash-rich league vaccinated is definitely an area that would need discussion. And Delhi Capitals (DC) has made a request to the Board of Control for Cricket in India (BCCI) for the same. Speaking to ANI, DC CEO Vinod Bisht said that a request has been made and the franchise is confident that the BCCI and the government will look into the matter.

“It (vaccination) has been on top of our mind, especially in a scenario like the one we have this year where the IPL is in caravan model and we have to travel from one city to another. We made a request to the BCCI, I am pretty sure that the BCCI would have also put that request to the government, which I am not aware of, and the government also I am sure has a priority which is set in like you yourself mentioned that the Olympic athletes are the top priority and certainly I feel the government will recognise that an event of this nature requires that protection.”

“And they will certainly prioritise not only the players, the associated staff and the broadcasting team and everyone who is in the management to get vaccinated so that we have an event-free IPL,” he explained.

Bisht went on to thank the BCCI for managing to plan for the IPL even though there are a lot of challenges that the board is facing when it comes to logistics and ensuring the safety of all parties involved in the organisation of the league.

“Firstly, we got to be grateful to BCCI to be able to put together this event even in this challenging scenario. The scenario in itself is evolving by the day and new challenges come up for the event organisers and I am sure BCCI has the wherewithal to deal with them. The guidelines will get modified with an eye on the developing scenario and I am sure for an organisation like BCCI, they will always have an alternate plan put together if the situation presents itself,” he said.

Asked if the caravan model is a little unfair as some of the cities have missed out on hosting rights, the DC CEO said: “Actually this is benchmarked to what happened in IPL 13 where everybody was located at one place and everything was within a distance which was manageable from wherever everyone was staying.

“Unfortunately we don’t have that kind of infrastructure advantage in any of the locations which BCCI could use. That is how this particular caravan model came up. This also means a franchise doesn’t play at home, so that takes away the other team’s disadvantage and puts everyone on the same pedestal. IPL 14 is definitely going to be more challenging as compared to the last edition.”

Defending champions Mumbai Indians will take on Royal Challengers Bangalore (RCB) in Chennai in the tournament opener on April 9. The final will be played on May 30 at the Narendra Modi Stadium in Ahmedabad.