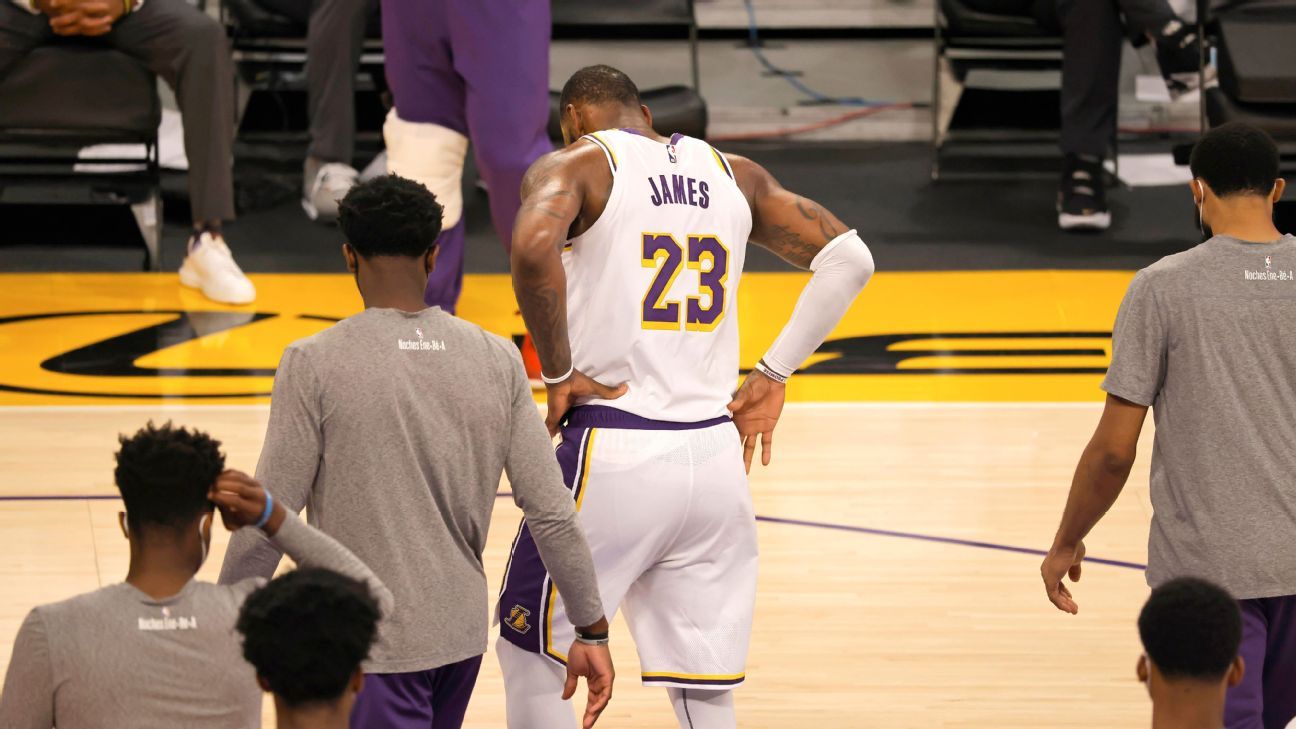 LOS ANGELES — LeBron James exited the Lakers’ game against the Atlanta Hawks in the first half on Saturday after Solomon Hill collided with James’ right ankle.

James, 36, knocked over a chair in frustration on his way to the locker room.

Hill was called for a foul with 10:50 remaining in the second quarter when the Hawks’ forward fell on James’ right ankle while trying to steal the ball.

James immediately shouted in pain and rolled off the court, clutching his right leg. The Lakers called timeout to check on the 18-year veteran, with several teammates, coaches and members of the medical staff trekking across the court to surround James while he was on the floor.

James was able to stand on his own and limped back to the bench where he relaced his sneakers and stayed in the game after the timeout.

On the Lakers’ first possession out of the timeout, James hit a 3 from the corner, lifting his stat line to 10 points on 3-for-6 shooting, keeping his streak intact of 1,036 straight games — including Saturday — scoring 10 points or more.

L.A. called another timeout shortly thereafter and James checked out of the game for good with 10:04 remaining in the second quarter, with the Lakers trailing 34-30.

Shortly after, the team made the announcement he would not return.

The Lakers next play Sunday on the second leg of a back-to-back on the road against the Phoenix Suns. Coming into Saturday, James was averaging 25.8 points, 8.1 rebounds and 8.0 assists and played in all but one game for the Lakers this season, keeping his name atop the MVP conversation.