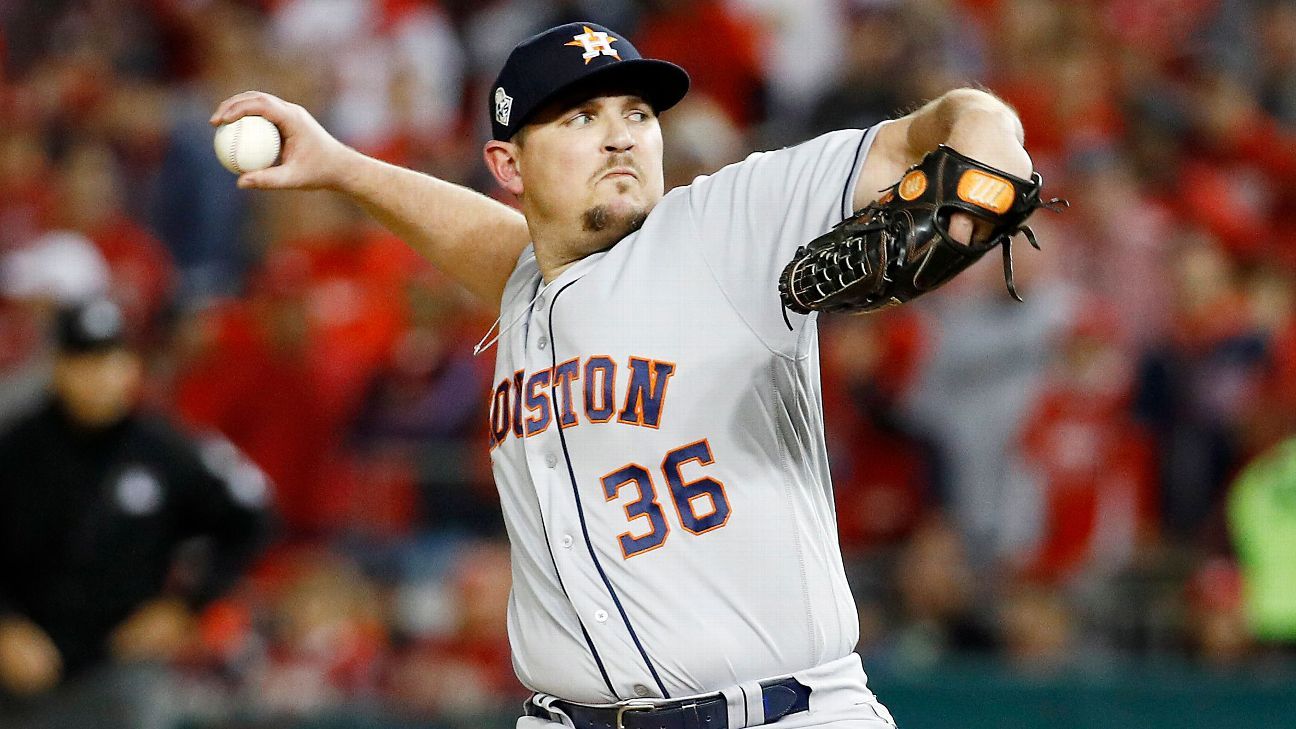 WEST PALM BEACH, Fla. — Washington Nationals reliever Will Harris has a blood clot in his right arm and is leaving spring training camp to be examined by a specialist, manager Dave Martinez said Friday.

“I don’t know much about what’s going to happen here. But for me, when somebody mentions something like that, it’s kind of a scary deal,” Martinez said. “Until we know more about it, then I got to assume that he’s going to not start with us this season.”

“He felt weird his last outing,” Martinez said. “So we kind of backed off a little bit, got an MRI, and in the arm was a little small blood clot.”

The 36-year-old Harris last pitched in an exhibition game on March 9, throwing one scoreless inning against the Houston Astros. The right-hander appeared in a B game Saturday.

“Medically, I don’t know the extent of what that is. But I know it’s something that is serious,” Martinez said. “We need to take care of it. Take care of it as soon as possible. And I feel for Will, ’cause I know he was just working his tail off to help us this year.”

Harris, then with Houston, gave up a tiebreaking two-run homer to Washington’s Howie Kendrick in the seventh inning of World Series Game 7 two years ago, a game the Nationals won 6-2 for their first title.

He has been expected to be a part of a formidable back end of the bullpen along with Brad Hand and Daniel Hudson for Washington, which finished last season tied for last in the NL East.