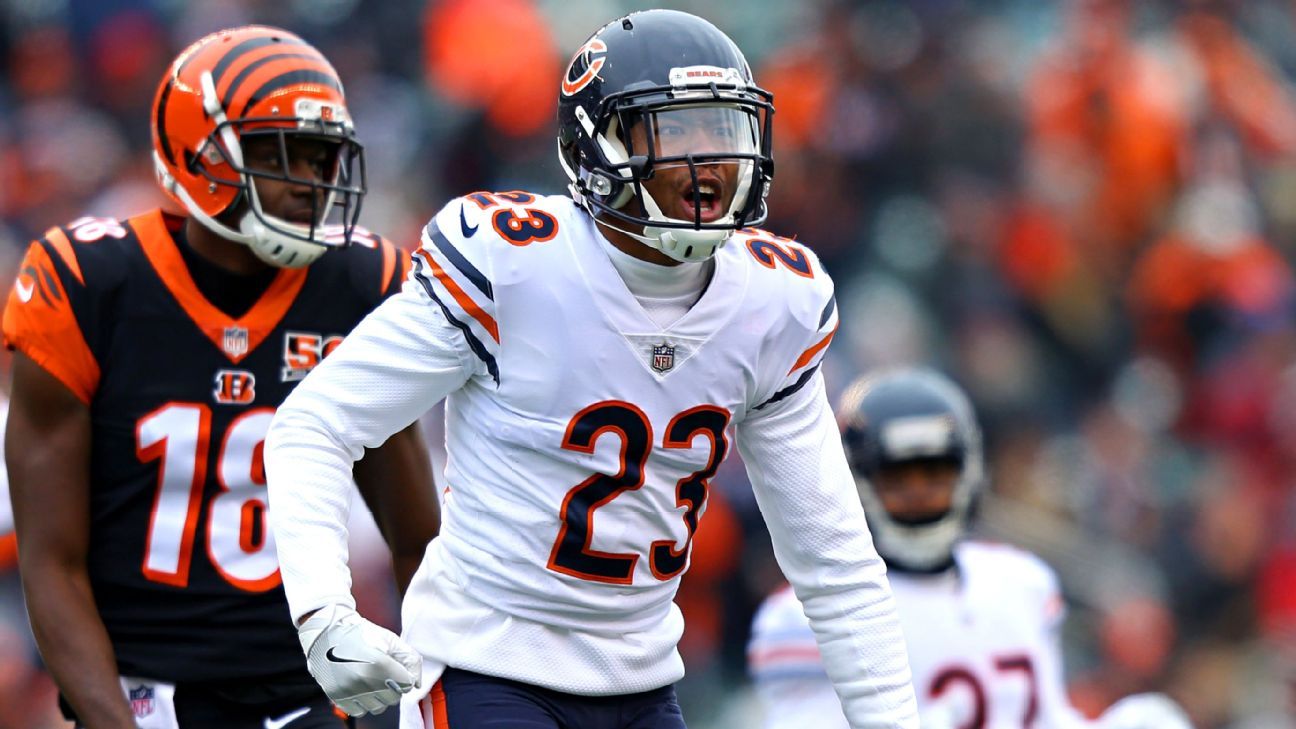 Free-agent cornerback Kyle Fuller agreed to a one-year, $9.5 million deal with the Denver Broncos, a source confirmed to ESPN on Saturday.

The Chicago Bears released Fuller shortly after the beginning of the new league year, freeing up $14 million in salary-cap space.

Fuller, who turned 29 in February, was entering the final year of a four-year, $56 million contract he signed with the team in 2018 and was set to count $20 million against the cap. His release resulted in $6 million in dead money on the Bears’ cap.

Drafted by the Bears with the 14th overall pick of the 2014 NFL draft, Fuller is a two-time Pro Bowl selection (2018, ’19) who set a career-high with seven interceptions in 2018, when he also was named a first-team All-Pro.

Last season, Fuller tied for 94th in the league with one interception and 51st in pass breakups with eight.

For his career, Fuller has 19 interceptions, 82 passes defended and 390 tackles in 96 regular-season games.

NFL Network was first to report Fuller’s deal with Denver.