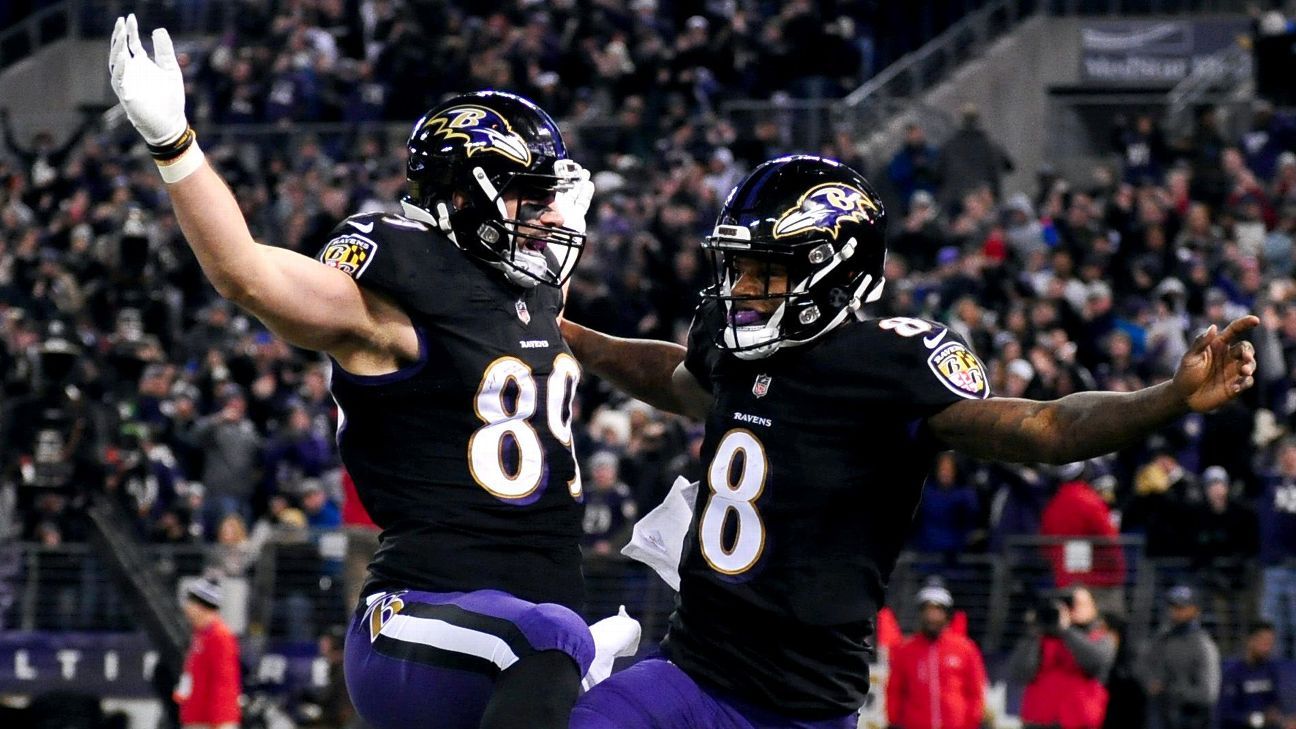 OWINGS MILLS, Md. — At a news conference a week ago, Baltimore Ravens general manager Eric DeCosta was surprised that it took 25 minutes before the first question about wide receivers was asked.

Now, it’s everyone else who is in a state of shock.

Five days into free agency, the Ravens have not signed a wide receiver for quarterback Lamar Jackson. Based on the team’s limited salary cap and a dwindling free-agent pool, the chances of Baltimore signing a significant pass-catcher appear up in the air.

As of Thursday night, the available wide receivers have thinned to Kenny Golladay, JuJu Smith-Schuster, T.Y. Hilton, Sammy Watkins and Antonio Brown. This pool could soon get reduced more because Golladay is visiting the New York Giants and Smith-Schuster is reportedly being linked to the New York Jets and the Pittsburgh Steelers.

DeCosta had tempered expectations about Baltimore landing a No. 1 wide receiver in free agency, but it seemed like a given that the Ravens would sign a veteran target for Jackson. The Ravens’ wide receivers have been the least productive in the NFL in each of the past two seasons, and the two most experienced receivers (Willie Snead IV and Dez Bryant) aren’t expected to return.

The Ravens’ current top wide receivers are Marquise “Hollywood” Brown, Miles Boykin and Devin Duvernay. None are over 24. None have recorded more than 800 yards receiving in a season.

Jackson has watched Buffalo’s Josh Allen get Emmanuel Sanders to go along with Stefon Diggs and Cole Beasley. He has seen Arizona’s Kyler Murray get A.J. Green a year after adding DeAndre Hopkins.

Baltimore hasn’t been active in the free-agent market for wide receivers for the past two years, signing Seth Roberts in 2019 and Bryant last year. It has been a similar approach so far this year.

The Ravens have waited patiently as more than 20 free-agent wide receivers have signed elsewhere. The deals for Will Fuller (one year, $10 million), Marvin Jones (two years, $12.5 million) and Green (one year, $6 million) have been reasonable and seemed like ones that Baltimore would’ve been able to match if interested.

It’s now a matter of how much can the available free-agent wide receivers help the Ravens. Smith-Schuster produced a career-low 8.6 yards per catch last season. Hilton averaged 50.6 yards receiving in 2020, the second fewest of his career. Watkins totaled a career-worst 421 yards receiving last year.

This is all taking for granted that these wide receivers want to play in Baltimore’s run-first attack. Would any of these receivers be willing to sign a one-year, prove-it deal for an offense that threw the ball a league-low 406 times?

The Ravens can wait until April and address the position in a draft that is loaded with wide receivers. But Baltimore has been more successful at patching up the wide receiver position with 30-something free agents (Anquan Boldin, Derrick Mason and Steve Smith Sr.) than from the college ranks. The Ravens and Washington are the only teams since 1996 (the Ravens’ inaugural season) to not draft a Pro Bowl wide receiver, according to ESPN Stats & Information research. 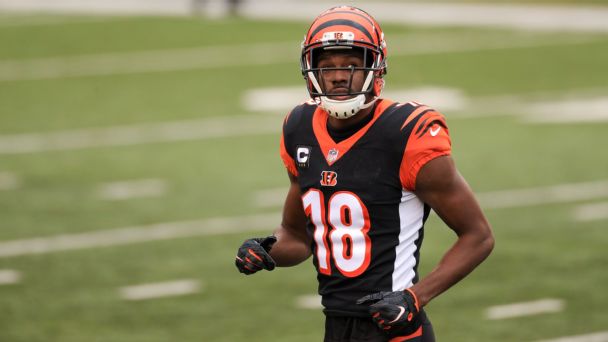 Baltimore’s brain trust has earned the benefit of the doubt. The Ravens are one of four teams to reach the playoffs in each of the past three seasons (the Kansas City Chiefs, New Orleans Saints and Seattle Seahawks are the others).

Riding one of the most dominant rushing attacks in NFL history, the Ravens have scored more points than any other team the past two seasons, averaging 31.2 points per game. But the problem comes when defenses slow down Baltimore in the playoffs. The Ravens have been held to 20 points or fewer in all three of Jackson’s postseason losses.

After the season, Marquise Brown said he wasn’t happy with the lack of balance in the offense. Ravens coach John Harbaugh said the team needs to improve its efficiency in the passing game.

“We also have to build our passing game and put it in the same stratosphere with our run game. If we can do that — and I know we can — then we can be an offense that’s going to be really, really hard for people to deal with,” Harbaugh said on 105.7 The Fan in Baltimore on Thursday. “That’s the goal. We want to do something still that people haven’t seen before. I don’t believe we’re done doing that. I don’t think that for one second.”

For the most part, free agency has gone like many expected for the Ravens. Baltimore wanted to upgrade its offensive line, and it signed guard Kevin Zeitler on Monday. The Ravens had to solidify the outside linebacker position, and they brought back Tyus Bowser and Pernell McPhee. Baltimore had to fill a starting spot on the defensive line, and it re-signed Derek Wolfe.

In terms of value, few teams have had a better free agency than the Ravens. But the lingering question is whether Baltimore will sign a proven wide receiver to help Jackson.