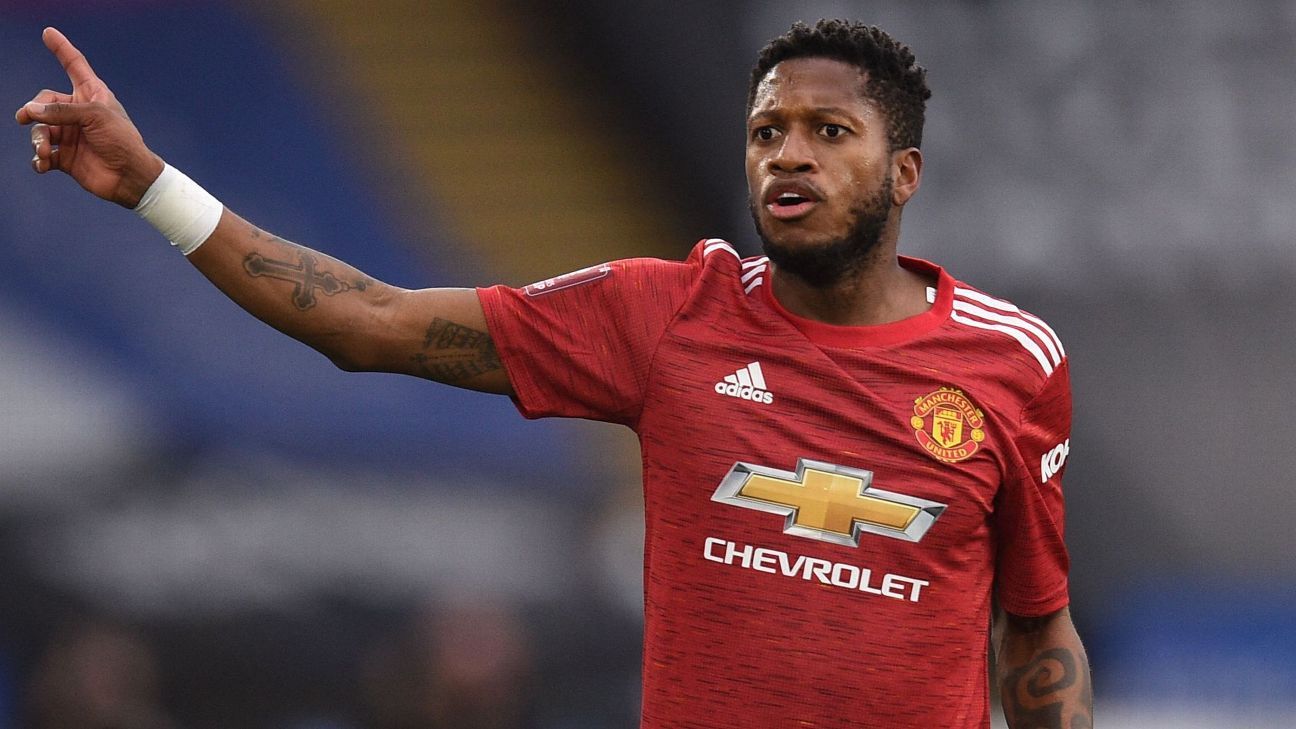 LEICESTER, England — Ole Gunnar Solskjaer has made no secret of desire to win competitions more important than the FA Cup, but Manchester United’s 3-1 defeat to Leicester at the quarterfinal stage will remind the Norwegian that, ultimately, he needs better players to get him where he wants to be.

United’s last hope of ending this season with silverware lies with the Europa League, but it is the Premier League title and the Champions League that Solskjaer really wants. To win those — the most prestigious prizes on offer — a squad is needed to match the best in the world and United, who lost away from home against a domestic rival for the first time in 14 months, fall short in that department.

Leicester, without James Maddison, Harvey Barnes and both their first-choice full-backs, were by far the better team and Brendan Rodgers, for whom this game was his 100th in charge at the King Power Stadium, will fancy his side’s chances of progressing to the final after they were drawn against Southampton in the last four. Manchester City and Chelsea will contest the other semifinal.

Solskjaer, meanwhile, sees United go into the international break with a disappointing defeat after a long run of games caught up with them.

“We didn’t have the spark tonight, but it’s understandable,” he said. “This team have been fantastic in the last three or four months. We played every three days and have been on a great run. It just caught up with us, all the games and travels.”

Solskjaer claimed that Thursday night’s Europa League trip to Milan “took a lot of out of us physically,” which led to a lack of “zip, authority and confidence” against Leicester.

“We tried to get on the front foot and start well because sometimes you can get that adrenaline boost and confidence if you get a goal and that can carry you over the line,” he said. “We’ve got too many players that have played too many games and too many that haven’t really had much football. We didn’t have enough against a tough team.”

Solskjaer has set the standard for his players by claiming that, while FA Cup and Europa League success would be useful stepping stones, his focus is upon building a squad capable of winning a first Premier League title since 2013.

In two years as permanent manager, he has worked hard to change what he calls “the culture” at Old Trafford, but it is only part of the puzzle. A bonded dressing room is one thing, but the best teams have the best players and this latest display featured further evidence that it is hard to make an argument for some of Solskjaer’s regulars.

Fred, in particular, had a day to forget and it was remarkable that he stayed on the pitch for 84 minutes. The Brazilian midfielder was shocking for the first 25 minutes especially, the lowlight of which was a loose back pass that allowed Kelechi Iheanacho to scoot round Dean Henderson and score into an empty net.

After Mason Greenwood had ensured United went into half-time level — the 19-year-old’s sharply-taken finish followed Donny van de Beek’s clever dummy — Fred had a front row seat seven minutes after the break to watch Youri Tielemans turn Nemanja Matic before embarking upon a strong run that ended with a sharp finish into the bottom corner.

United made a quadruple substitution to chase the game, with Bruno Fernandes and Edinson Cavani among those to come on, but Iheanacho put the tie to bed with his second, a close-range header after Dean Henderson flapped at a left-wing free kick.

Fred is not a bad footballer — he was very good in the second half against Milan — but is he a potential league winner? He turned 28 earlier this month and, in nearly three seasons at United, has made more than 100 appearances, but the window for significant improvement has probably closed, especially for a player who relies on stamina rather than outstanding technical ability.

Indeed, it is difficult to see how he would get into Leicester’s team ahead of Tielemans and Wilfred Ndidi, let alone the midfields of Manchester City or Bayern Munich. That is the standard Solskjaer has set himself and, while he is not the type to play the blame game, he must make decisions get his team to the heights he enjoyed as a player under Sir Alex Ferguson.

“When we win, we win together and when we lose, we lose together,” Solskjaer said. “We’re not pointing fingers and blaming. The second one is a good goal by the boy but maybe with a zip of energy we could’ve got to him and wouldn’t have been done as easily in the middle. That’s been one of our strengths — keeping clean sheets and being dogged — but we didn’t have the opportunity.”

Many of United’s players will represent their countries over the next two weeks, rather than getting the rest Solskjaer might feel they need, after which United return to action in pursuit of Champions League qualification and the silverware that has eluded their manager despite reaching the late rounds of a cup competition several times.

“We’ve got the Europa League and Premier League to concentrate on,” Solskjaer said. “Yes, we would’ve liked to go to Wembley [in the FA Cup], but now all the focus is on the games we do have. We’re in a good position in the league and we want to keep improving.”

Second place in the league would enable Solskjaer to argue that progress has been made, regardless of what happens in the remaining rounds of the Europa League. For that is where the overriding ambition lies for the 48-year-old: Premier League glory is his aim and it is his job over the summer to decide who of his players are up to it and who are not.