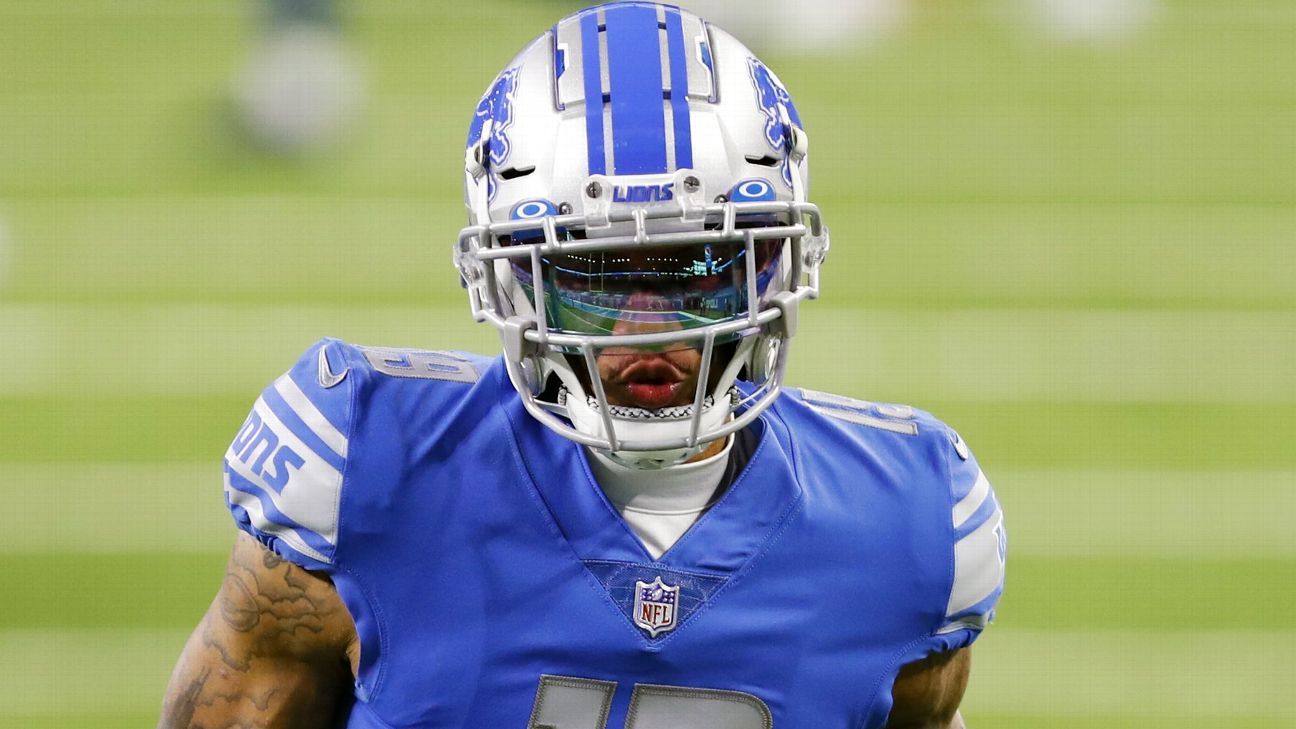 The deal can be worth up to $76 million and includes $40 million guaranteed, the source said.

Golladay emerged as the Lions’ top receiving option the past three seasons, including a Pro Bowl berth in 2019, when he amassed 1,190 yards and 11 touchdowns. He had hoped to improve on that in 2020, but hamstring and hip injuries limited him to five games and just 20 catches for 338 yards and two touchdowns.

Golladay reiterated in December that his preference would be to remain in Detroit. Of course, this was also before the trade of Matthew Stafford and the hiring of new coach Dan Campbell and general manager Brad Holmes. However, Golladay did say then that his decision could be influenced by what the offense looked like — and if Stafford was with Detroit.

“They drafted me here, so I just want to show my loyalty,” Golladay said. “They believed in me. If a contract [with the Lions] … doesn’t work out, it doesn’t work out, you know. Then I go somewhere else and just ball out and play.”