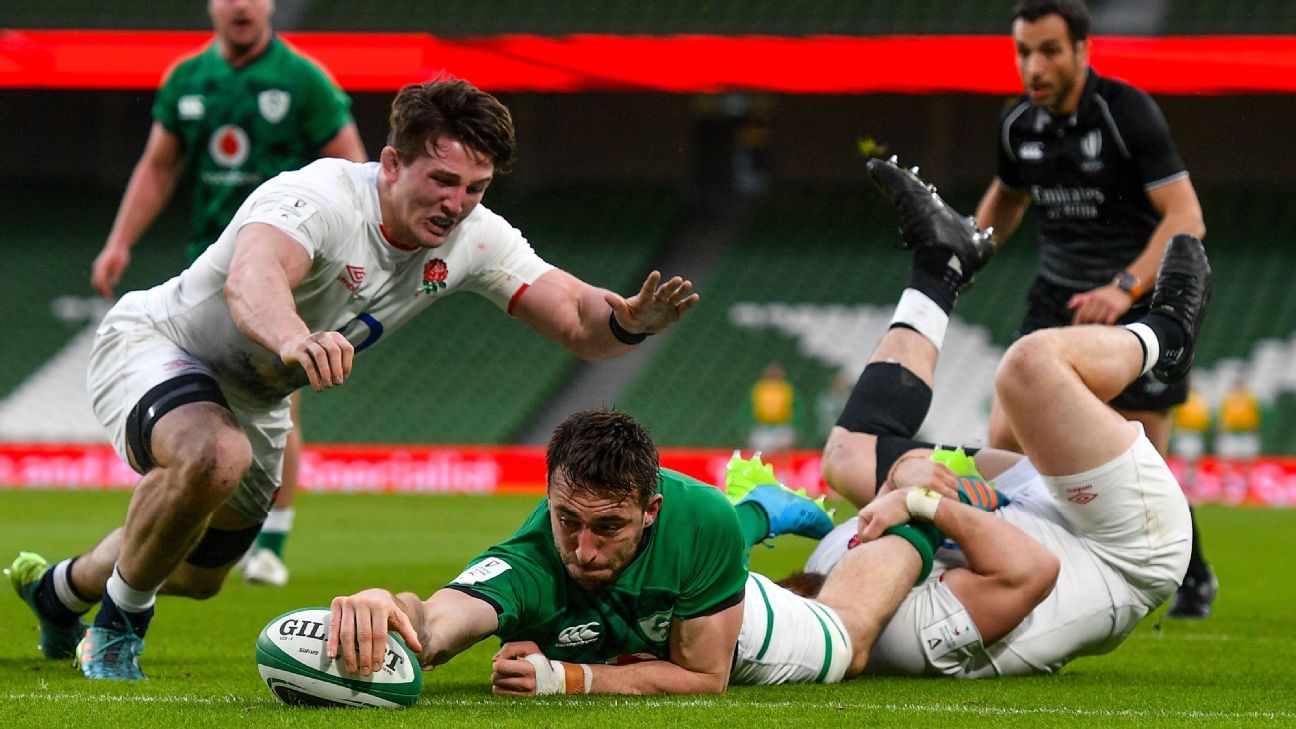 A rejuvenated Ireland gave coach Andy Farrell the kind of performance he desperately wanted as they finished the Six Nations on a high by hammering a wretched England 32-18 with just pride and a top-half finish on the line on Saturday.

Having struggled for much of Farrell’s 13-month tenure, Ireland survived some early pressure before a brilliant lineout move ended with Keith Earls touching down and a deserved second try by Jack Conan gave the hosts a 20-6 half time lead.

Buffered by Johnny Sexton’s boot, Ireland remained in total control and not even a red card for centre Bundee Aki and tries for Ben Youngs and Jonny May threatened an uncomfortable finale as the defending champions were pummelled into submission.

Arresting a run of four straight defeats by England, Ireland look set for a top-three finish and an injection of momentum for the Farrell era. England finished the championship with more defeats than victories for only the second time in 15 years.