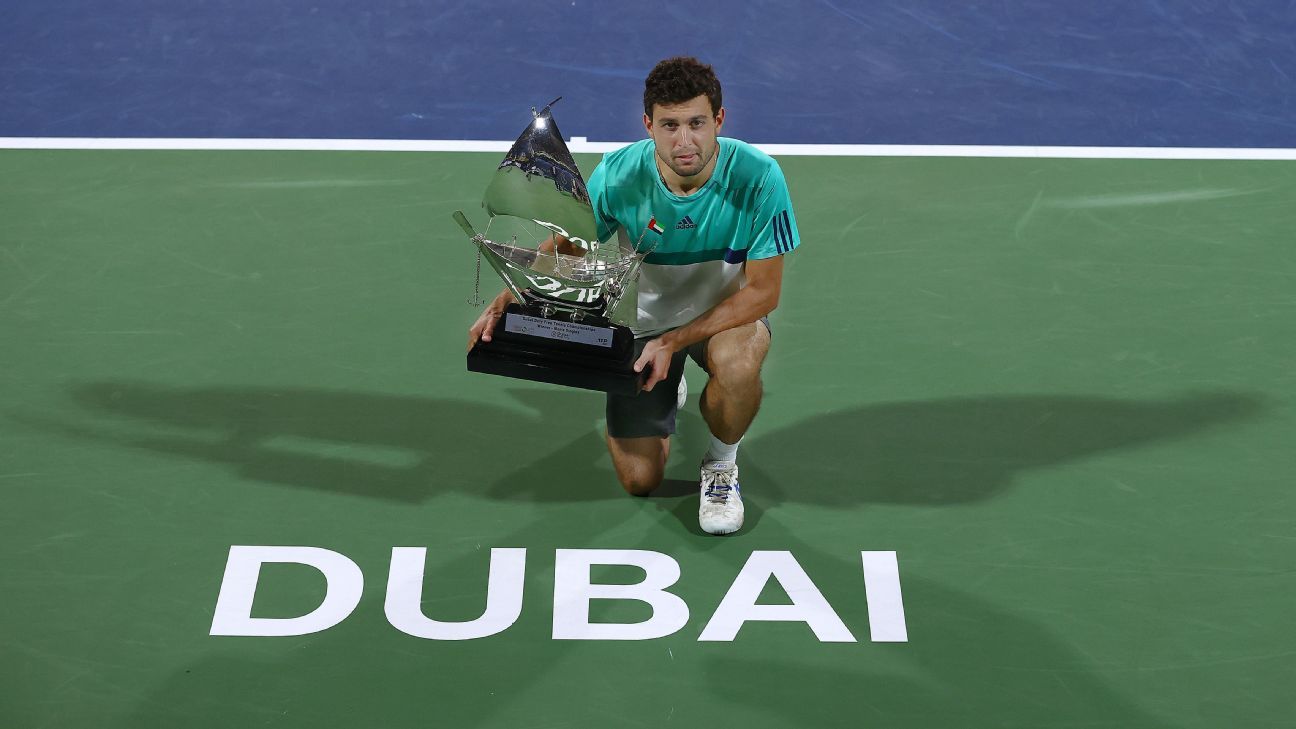 Russian Aslan Karatsev continued his breakthrough year as he claimed his first ATP Tour title by beating Lloyd Harris 6-3, 6-2 in the Dubai Championships final on Saturday.

The 27-year-old wildcard overpowered his South African opponent with a barrage of winners to take his record to 12-2 for the season, having only won three Tour-level matches prior to this year.

“I am super happy. It was a tight match. I was really nervous,” world No. 42 Karatsev said on court.

“You never know when [success] is coming. I did a good job with my team, with my coach and it has happened now.”

Karatsev is the third Russian player to win an ATP title this year along with Daniil Medvedev and Andrey Rublev.

He announced himself on the big stage when he enjoyed a fairytale run to the Australian Open semifinals earlier this year, losing to eventual champion Novak Djokovic.