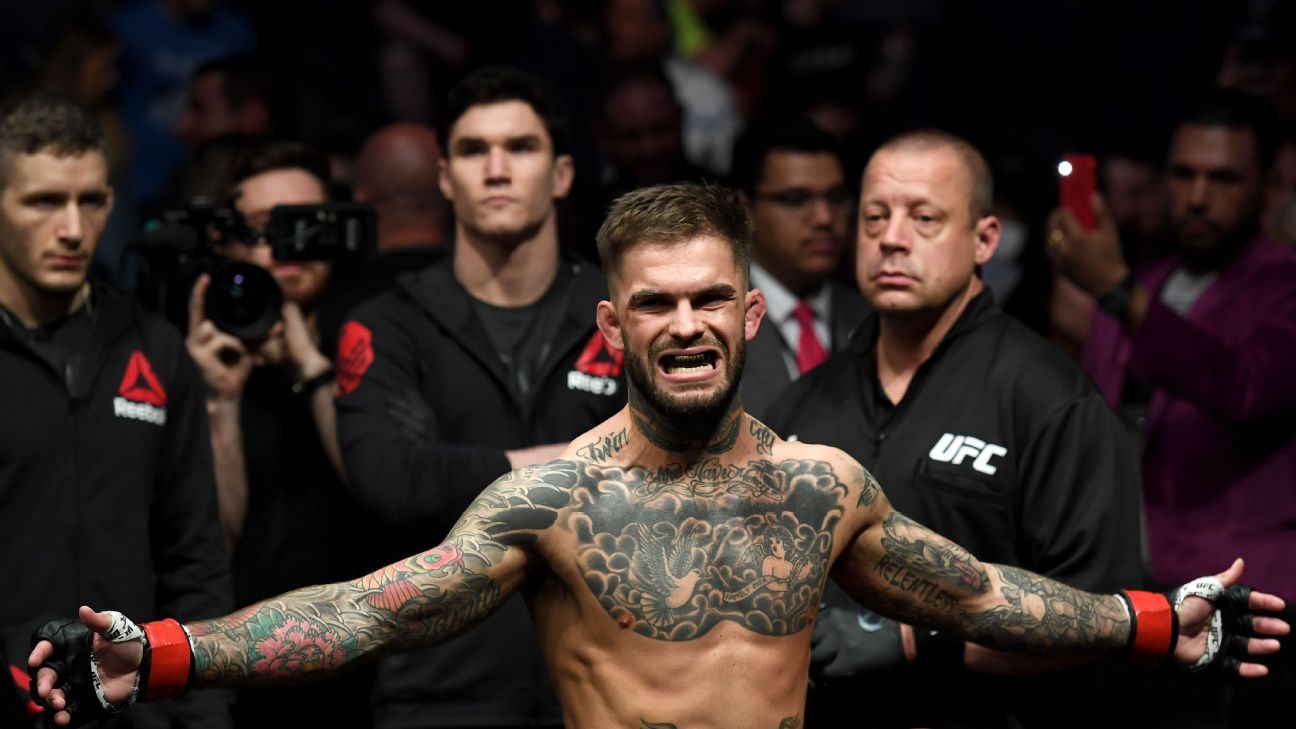 The UFC is finalizing a bantamweight main event between former champion Cody Garbrandt and Rob Font in May, multiple sources told ESPN.

Contracts have not been signed, but the 135-pound bout will headline UFC Fight Night on May 22 once finalized. The UFC has not announced an official venue for the event.

Garbrandt (12-3) is coming off a sensational one-punch knockout of Raphael Assuncao last summer. He was scheduled to move down in weight and challenge Deiveison Figueiredo for the UFC’s flyweight championship in November, but was forced to withdraw from the bout due to health reasons.

Figueiredo is now locked in to a title fight rematch against Brandon Moreno in June. Those two fought to a draw in December. Garbrandt has not abandoned plans to drop to 125 pounds, but will focus on 135 for the time being.

Font (18-4) surged up the UFC’s bantamweight rankings following a first-round knockout of Marlon Moraes in December. The Boston native is on a three-fight win streak, with victories over Moraes, Ricky Simon and Sergio Pettis.