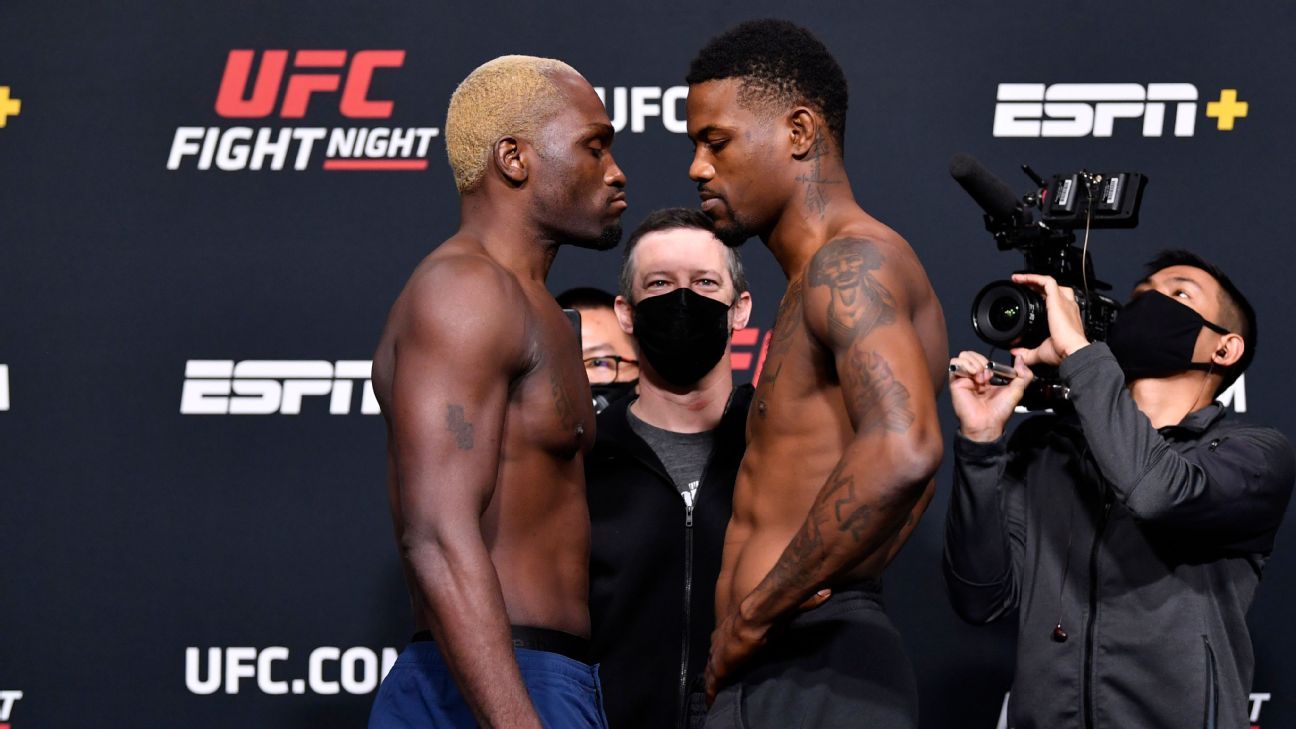 No one in the UFC’s 185-pound division has a better strength of schedule than Brunson. On Saturday, Brunson meets the red-hot Kevin Holland in the main event of UFC Fight Night in Las Vegas. If Brunson wins, he cements himself as a contender. If Holland wins, it’s a signal that he is at the top level of fighters in the division.

ESPN has Brunson ranked No. 9 in the world at middleweight. Holland is attempting to break into the top 10 and earn a signature win for his still-budding career.

Brunson (21-7) has won three in a row. Most recently, he toppled another prospect, Edmen Shahbazyan, in a third-round TKO last August. The North Carolina native, who trains out of Sanford MMA in Florida, sports a 12-5 UFC record but has not yet fought for a title. Brunson, 37, owns wins over Lyoto Machida, Uriah Hall and Chris Leben.

Holland (21-5) tied the record in 2020 for the most UFC victories in a calendar year (five). The Texas native has won five straight — four of those by KO/TKO. Holland, 28, has won eight of nine overall since his UFC debut loss to Thiago Santos.

Watch the fights on ESPN and ESPN+.