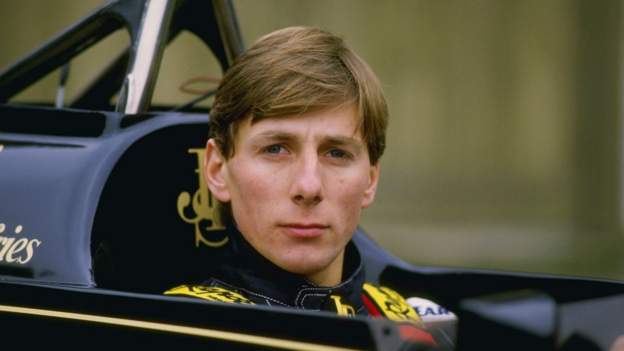 Former Formula 1 driver Johnny Dumfries has died at the age of 62.

The Scotsman raced under a pseudonym to disguise his aristocratic background – he was John Crichton-Stuart, the seventh Marquess of Bute.

Dumfries spent a year in F1 in 1986 with Lotus, where he was a subordinate team-mate to Ayrton Senna. His best result was fifth in Hungary.

He moved into endurance racing and won Le Mans 24 Hours for Jaguar in 1988, with Jan Lammers and Andy Wallace.

Dumfries won the British Formula Three championship in 1984, succeeding Senna, and spent a year as a Ferrari test driver in 1985 before being signed by Lotus.

He won his seat at the team because Senna blocked Derek Warwick from being given the role as he wanted the team to put their full backing behind him – and the Brazilian regarded the established British F1 driver as unsuitable for a ‘number two’ position.

Inexperienced, and with the team focusing on Senna, Dumfries had an underwhelming season, as he finished only five races and added one further points finish to his Hungarian result when he finished sixth in the season-closing race in Australia.

He switched to sports cars, first racing for Sauber, before his move to Jaguar for 1988 and then also racied for the Toyota and Cougar teams before retiring from racing at the end of 1991.

A family statement said: “The indomitable spirit and energy which Johnny brought to his life will be greatly missed, and the immense warmth and love with which he embraced his family.

“His heart was firmly rooted on the Island of Bute where he spent much of his time.”