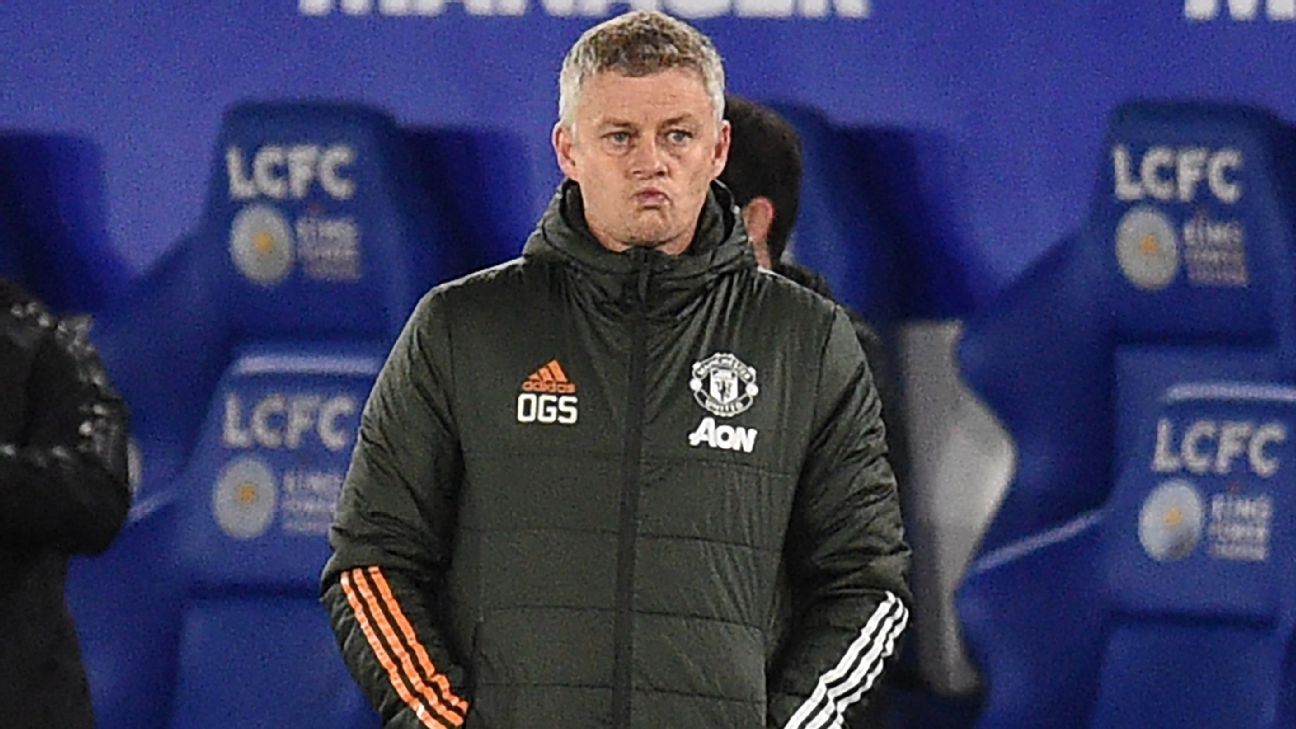 In May 2018, Manchester United executive vice-chairman Ed Woodward gave what he described as a “very simple and candid” response to a question about whether success on the pitch made a difference to the club’s earning power off it: “Playing performance doesn’t really have a meaningful impact on what we can do on the commercial side of the business.”

Time will tell whether Woodward’s assertion about United’s commercial power, in the absence of success, holds true. United announced a new five-year shirt sponsorship deal with TeamViewer last week worth £47 million a year, according to club sources, but the agreement is £17m-a-year down on their expiring deal with Chevrolet and, according to a Bloomberg report at the weekend, TeamViewer appear to have accounted for a €35m (£30.02m) increase in marketing expenses for 2021, so only the eventual publication of the club accounts will reveal the exact figure paid to United.

Still, let’s get back to the football. After all, that is what Manchester United are about. Two days after Woodward’s comments in 2018, Jose Mourinho’s United lost the FA Cup final against Chelsea and the club hasn’t come close to winning a trophy, or even reached a final, in the three years since, so we are certainly seeing the executive-vice chairman’s claims being tested to the full.

With Ole Gunnar Solskjaer’s team losing 3-1 against Leicester City in Sunday’s FA Cup quarterfinal (stream the replay on ESPN+ in the U.S.), United’s only remaining hope of silverware this season is the Europa League, in which they face Granada in the last eight next month before a potential semifinal against either Ajax or Roma. The Europa League — the competition designed for those clubs not quite good enough to consider themselves as being among Europe’s elite — was the last trophy won by United, with Mourinho’s team beating Ajax in Stockholm in 2017.

You have to go back to the 1980s for the last time United went so long without winning a trophy, when the club endured a barren period bookended by FA Cup wins in 1985 and 1990, but a failure to win the Europa League this season will ensure that five-year drought is equalled by Solskjaer’s team, who would have to wait until 2022 to break the winless sequence.

But despite all of the above, Solskjaer claimed last week that winning cup competitions is not necessarily any sign of tangible progress.

“In the league position, you see if there’s any progress. That’s always the bread and butter of the season, that you see how capable you are of coping of ups and downs. Any cup competition can give you a trophy, but sometimes it’s more of an ego thing from other managers and clubs to finally win something.

“But we need to see progress and if we perform well enough the trophies will end up at the club again. It’s not like a trophy will say that we’re back, no. Sometimes a cup competition can hide the fact you’re still struggling a little bit.”

In one respect, Solskjaer is correct. Arsenal won the FA Cup under Mikel Arteta last season, but the Gunners are now languishing in ninth position in the Premier League and remain light years away from matching the club’s iconic former teams, including the “Invincibles” who won the 2003-04 Premier League title without losing a match.

But major clubs, such as United and Arsenal, ultimately measure themselves in terms of trophies and Arsenal lifted their 14th FA Cup by beating Chelsea in the final. It was the club’s fourth FA Cup triumph in seven years and extended their record haul in the competition, so even at a time when Arsenal have struggled to compete in the league, they at least did what big clubs do by winning something.

For Arsenal, those cup wins did not act as a catalyst for greater success. Equally, United’s Europa League and Carabao Cup wins in 2017 failed to trigger a return to competing for the title or Champions League, but they at least kept United in the conversation in terms of major clubs actually winning trophies.

Success gives players, managers and clubs the taste of winning, however, and that is what United are desperately lacking right now. Their two decades of glory under Sir Alex Ferguson began with an FA Cup win in 1990, while Mourinho’s Chelsea’s launched their own period of dominance with the League Cup in 2005. As for Manchester City, they have barely stopped winning since lifting the FA Cup in 2011.

Success has to start somewhere, but with the comments of Woodward and Solskjaer, it is difficult to know precisely where that start line is at United. Is it now acceptable for United to finish in the top four, and qualify for the Champions League, and enjoy runs into the latter stages of the cups? Comparing league positions, year on year, is an undoubted measure of progress, but it isn’t going to fill a trophy room.

But if both the manager and executive vice-chairman suggest that the basic premise of winning trophies isn’t the primary yardstick of success at Old Trafford, it should be no surprise if the message seeps through to the players and they go on to fall short in quarterfinals and semifinals, as they have made a habit of doing under Solskjaer.

United’s Norwegian manager was a favourite of Ferguson’s during his 11-year playing career at Old Trafford and Solskjaer has rarely hidden the fact that many of his principles were shaped by his old boss. But Ferguson was always about winning. Every trophy mattered.

“Winning one trophy is good, I tell you,” Ferguson once said. “No matter what trophy it might be, you’ve got to take it.”

Other clubs have taken that message on board, but it seems to have been lost at Manchester United.