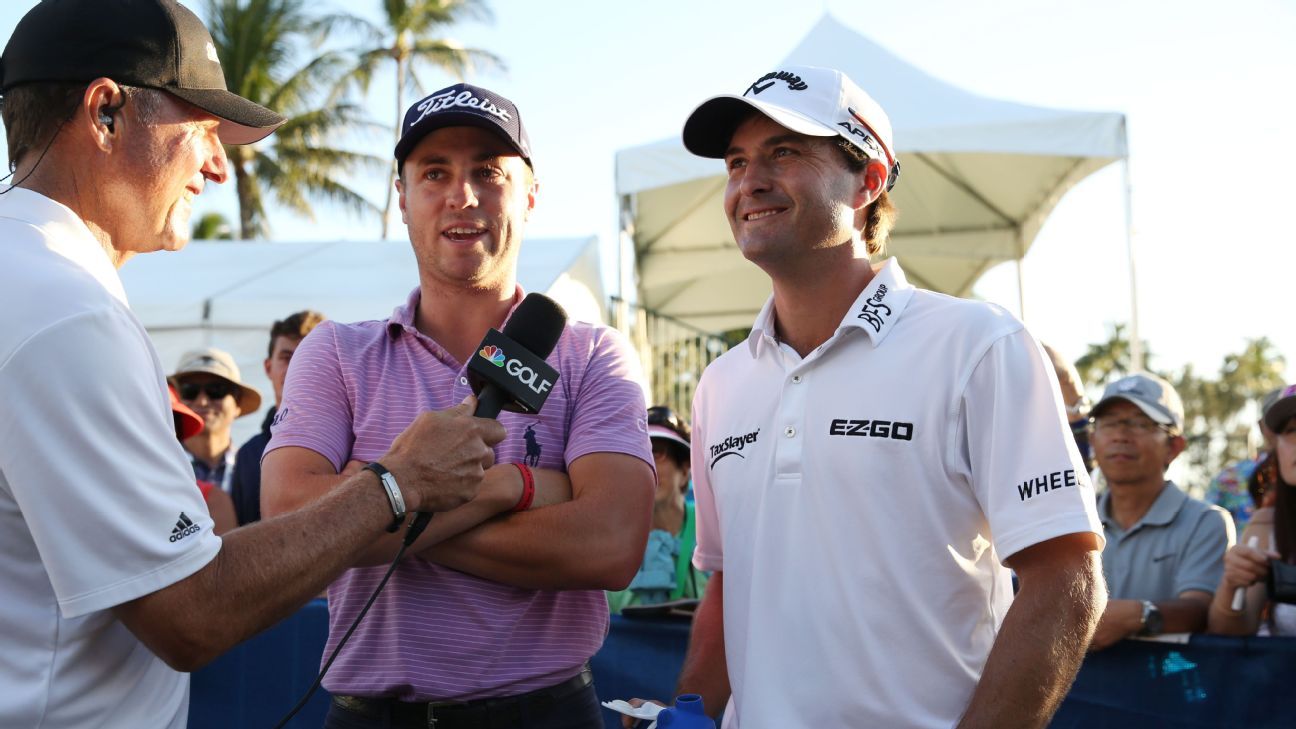 March Madness will makes its way to the golf world this week, as the WGC-Dell Technologies Match Play event is set to commence Wednesday at Austin Country Club in Texas after a year off due to the COVID-19 pandemic.

World No. 1 Dustin Johnson, who won this event in 2017, is the overall top seed for the fourth straight year. The reigning Masters champion will be featured in a group rounded out by Kevin Na, Robert MacIntyre (41) and Adam Long (61).

Justin Thomas, who won the Players Championship two weeks ago, didn’t get any favors with Monday’s draw. His group includes Louis Oosthuizen, Kevin Kisner and Matt Kuchar. Kisner defeated Kuchar in the 2019 final, and world No. 23 Oosthuizen has made five straight cuts on the PGA Tour, including three finishes in the top 15, and was runner-up at this event in 2016.

A look at the full pairings:

Pool play at the WGC event will run Wednesday through Friday. The player with the best record from each group will advance to the Round of 16, which begins Saturday. The quarterfinals are that afternoon, with the semifinals and finals Sunday.

Brooks Koepka, Gary Woodland, Adam Scott, Justin Rose and Tiger Woods are the five players not among the top 64 in the world to elect not to play this week. They were replaced in the field by the next five available in this week’s world ranking — Poulter, Rooyen, Long, Poston and Frittelli, who played college golf at Texas.