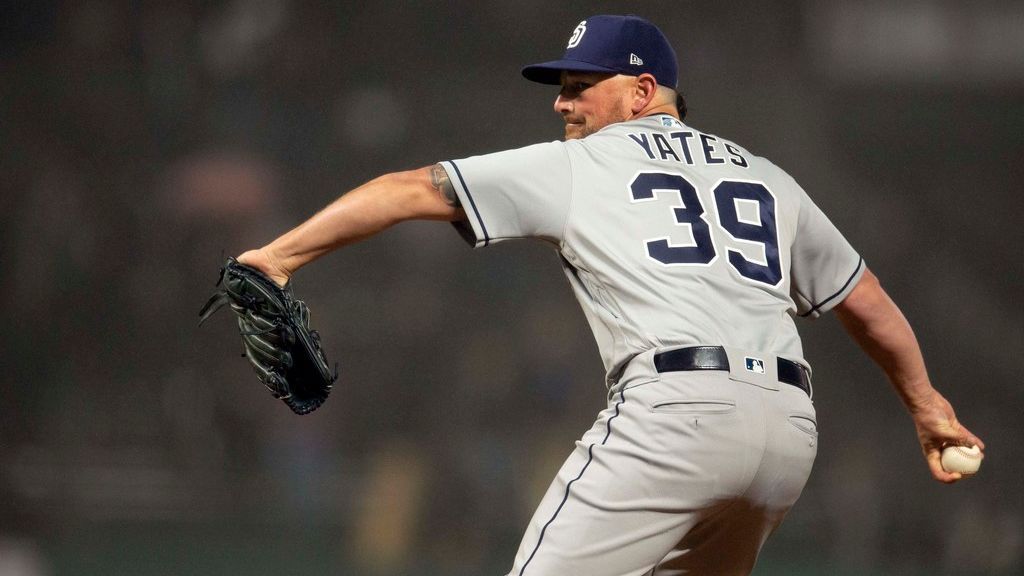 TORONTO — The Toronto Blue Jays say right-hander Kirby Yates will miss several weeks because of a strained muscle in his forearm.

Yates was expected to be Toronto’s closer after signing a $5.5 million, one-year deal with the team in the offseason.

Yates last pitched Saturday against Philadelphia, striking out two in one scoreless inning. It was his second outing of the spring and his first since March 11.

Yates was an All-Star with San Diego in 2019, when he posted a 1.19 ERA and led the NL with 41 saves. He pitched in six games for the Padres last season before surgery to remove bone chips from his elbow.

“I don’t see the need to have just one closer,” Montoyo said.