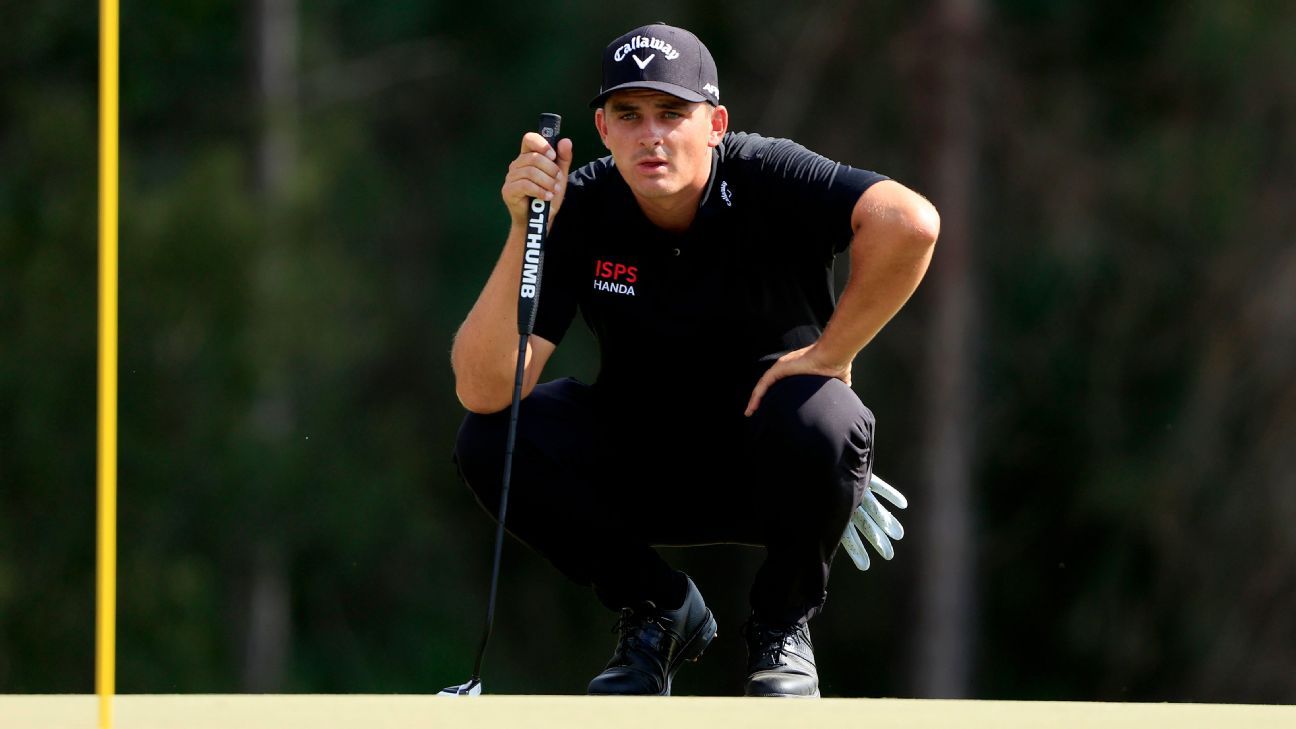 Christiaan Bezuidenhout does not remember what happened. He was just 2 years old at the time. All these years later, though, he knows how close he came to death.

Bezuidenhout, 26, might be the best golfer in the world you don’t know about. He has climbed to 35th in the Official World Golf Ranking on the back of two European Tour victories late last year. He is part of this week’s 64-player WGC Dell Technologies Match Play and has a spot in next month’s Masters. He’s also trying to earn his PGA Tour card.

Golf, though, is the easy part considering how he got here — and that he got here.

As a toddler, Bezuidenhout was with his parents at a park when he came upon a bottle of soda, which he quickly opened. He took a sip. Instead of a soft drink, the bottle contained rat poison. He was rushed to the hospital. His life was saved, but he suffered severe nervous system and speech issues. Even now, 24 years later, he continues to speak with a stutter.

In a blog post for the European Tour, the golfer wrote that “the hospital had to pump my whole stomach to get rid of all the poison, but the poison affected the whole nervous system in my body.”

Bezuidenhout takes pride in dealing with an overcoming the stuttering. During a recent interview, he had no issues discussing the various obstacles along with the dreams of living and competing in America.

“Golf was like my safe place,” said Bezuidenhout, who took up the game at 4 and began playing in tournaments at 8. “I could be myself. I could have the course all to myself, just do my thing. Fortunately, I had a love for the game from an early age. And for a long time, I wanted to be a professional golfer.

“I played a bit of rugby at home, but golf just allowed me to do my thing. I have nothing against the other sports, nothing wrong with them. I just like being on my own.”

Some of that stems from the youthful encounters with others who made fun of his stuttering. What they thought was funny was deeply upsetting to Bezuidenhout, who sought the help of speech therapists and counseling.

By the time he was 15, Bezuidenhout was taking various medications, including beta blockers which he said “helped me become more confident and enjoy my life again.” He was also becoming a strong golfer, one who was making a name for himself in his native South Africa by winning various junior tournaments. It was what came after a win that was harder than the golf. He didn’t have to want to give a victory speech.

“People at home knew my situation,” he said. “So when I won junior tournaments, they just gave me the trophy and I left.”

It was during the 2014 British Amateur at Royal Portrush that Bezuidenhout’s career could have ended before it really got on track.

He tested positive for a banned substance — the prescribed beta blockers he was taking. Bezuidenhout had no idea they were banned. In fact, he had listed the beta blockers on a form prior to taking the drug test. Still, he was suspended from competition for two years, a brutal blow for a player who was just 18.

“There were a lot of people who thought I took the medication to help my game,” he said. “There was a lot of negativity. It was difficult. I wanted to show people that I could play golf and play well without taking it.”

And so he stopped. Bezuidenhout has not taken beta blockers since. He also had his two-year ban reduced to nine months. During that time he kept to himself, worked on his game and turned pro.

He attributes part of his success to a fellow South African, Hall of Famer Ernie Els, who started a foundation meant to nurture and prepare golfers. Bezuidenhout took part in that program for six years and has become friends with the four-time major champion, visiting him whenever he comes to the United States.

“I was very fortunate to be part of that,” he said. “Ernie’s done a lot for my golfing career. I’ve spent a lot of time with him. And we talk about all aspects. He’s given me advice on travel, my game, everything.

“We reminisce about his major wins, how he saw different shots, the way he played the different holes, the way his mind was working.”

The past 18 months, things have all come together for Bezuidenhout.

In June 2019, he won his first European Tour title at the Andalucia Masters in Spain. Playing the final round with Jon Rahm, he saw his 5-shot lead close to 2 before eventually settling to win by 6. He later finished third at the European Tour’s flagship event, the BMW PGA Championship.

Before the pandemic hit and shut down golf for more than three months, he was off to a good start in 2020. He lost in a playoff to Lucas Hebert at the Omega Dubai Desert Classic. A victory a few weeks later at the Dimension Data Pro-Am — a Sunshine Tour event in South Africa — lifted him into the top 50 in the world for the first time. And, finally, it allowed him to dream about the PGA Tour.

Because of his top-50 ranking, Bezuidenhout was eligible for the PGA Championship, the U.S. Open and the Masters last year. He also started picking up sponsor exemptions to PGA Tour events.

After a tie for 38th at the Masters, Bezuidenhout headed home to South Africa, where he tied for 15th at the Joburg Open, then won the Alfred Dunhill Championship and South African Open in consecutive weeks.

In the five PGA Tour events he has played this season, Bezuidenhout has earned 160 FedEx Cup points. According to the PGA Tour, he needs to earn a total of 289 points — or 129 more — in order to achieve special temporary member status on the PGA Tour. (For reference, 219 points is the number earned by the 150th finisher at the end of the 2019 season). That would allow him to accept unlimited sponsor exemptions for the rest of the season through the Wyndham Championship.

After that, he would then hope to earn enough FedEx points to be among the top 125 at the end of the season, which would assure his exempt status for the 2021-22 season.

As it stands, Bezuidenhout can play a total of just 12 events, even if he is eligible for more via the world rankings. That means he has seven left. That is why this week, a no-cut event like the Match Play (where he will open against Joaquin Niemann) presents an important opportunity.

“I just try to play,” he said. “And if I play well, it will take care of myself. I’m trying to control my game and not to worry about this, this and this. I just want to play as best as I can and take it from there.

“The best players in the world are out here and this is where I’d like to be. This is my goal, and you have to play well to get it. There is no easy way to the top. So you have to perform. There are different routes you can take, but this is definitely the way for me to try and go.”

After the long road to get here, one that could have been derailed that day when he was 2 and found rat poison, Bezuidenhout has earned the right to set lofty ambitions.