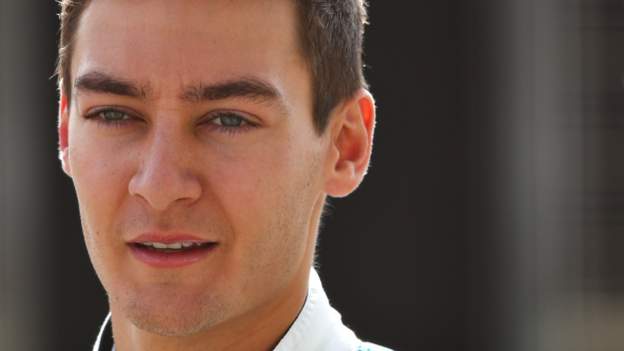 Briton George Russell has been appointed one of the directors of the Grand Prix Drivers’ Association.

Russell joins chairman Alexander Wurz and Aston Martin driver Sebastian Vettel as a director of the organisation that represents all F1 drivers on safety and other matters.

He replaces Romain Grosjean, who steps down following his departure from F1 and move to the US Indycar series.

Russell said it was “an honour and a privilege” to take on the new role.

The GPDA has also elected a fourth director, its first non-driver appointment. This is Anastasia Fowle, who has been working with the GPDA as a legal adviser out of its Monaco offices in recent years.

Russell added: “I appreciate the support of my fellow drivers in entrusting this role to me and recognise the responsibility it entails.

“In its six decades in existence, the GPDA has been an integral part of supporting and shaping F1 safety, for the sport and our fans.

“I am looking forward to tackling the new challenges and opportunities alongside Anastasia, Sebastian and Alex.”

Grosjean survived a fiery accident in last year’s Bahrain Grand Prix partly thanks to the ‘halo’ head-protection device, which the GPDA was instrumental in bringing into F1 three years ago.

The GPDA said the Franco-Swiss would stay on as an adviser to the GPDA for the remainder of this year “to finish his ongoing work on safety and the lessons learned from his accident”.

Russell has emerged as one of the leading lights of the new generation of drivers.

Managed by Mercedes, he joined F1 with Williams in 2019, and last year made a major impression when he subbed for Lewis Hamilton at Mercedes at the Sakhir Grand Prix and lost a victory only because of a team pit-stop mix-up.

He is contracted to Williams until the end of this season but has a strong chance of a move to Mercedes for the 2022 season.