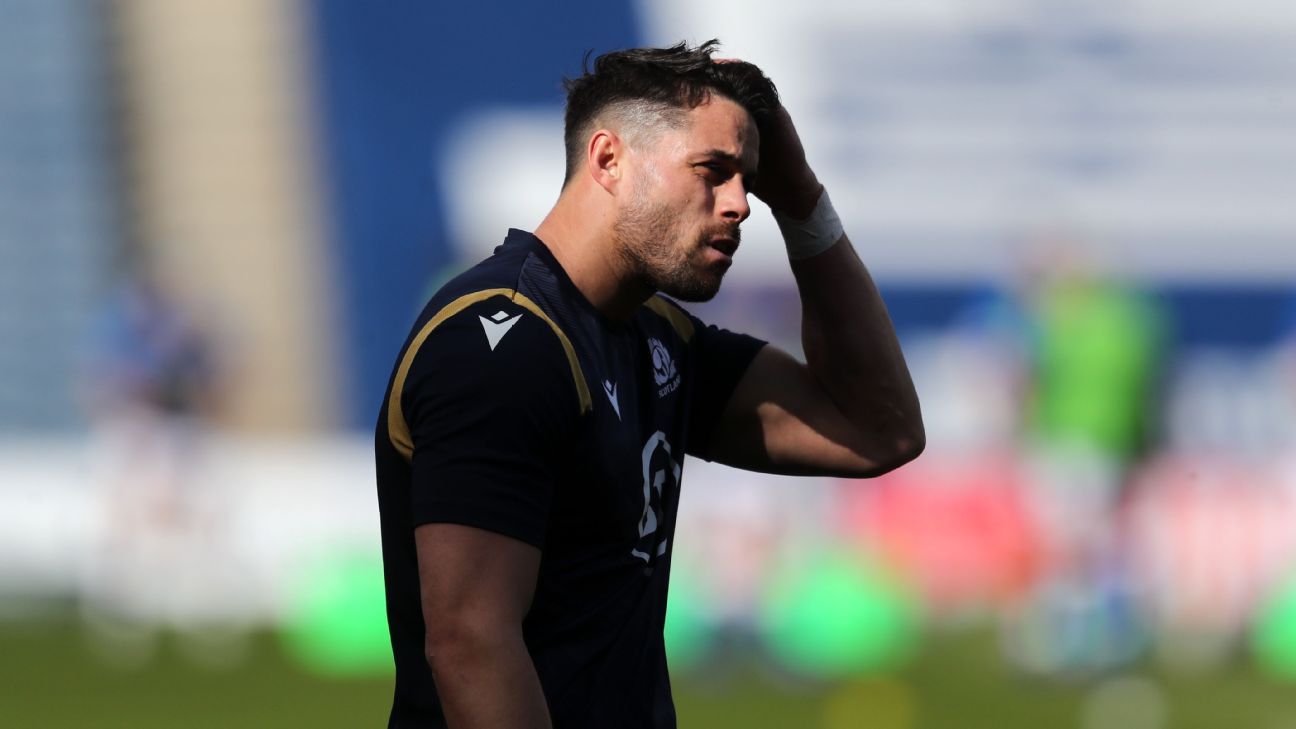 Jonny Gray has not recovered from a shoulder injury in time for Scotland’s final Six Nations game against France on Friday while Sean Maitland also misses out, Scottish Rugby said.

Gray was excluded from the 29-man squad named by coach Gregor Townsend for the trip to the Stade de France. The influential second rower had been hurt against Ireland and missed Saturday’s win over Italy.

Maitland, who started at full-back in the 52-10 win over Italy, was also left out for the rearranged match, which had been postponed after a COVID-19 outbreak in the French camp.

Scottish media said the absence of Saracens winger Maitland was due to a limited number of England-based players being made available to the Scots as the game is being played outside the international window.