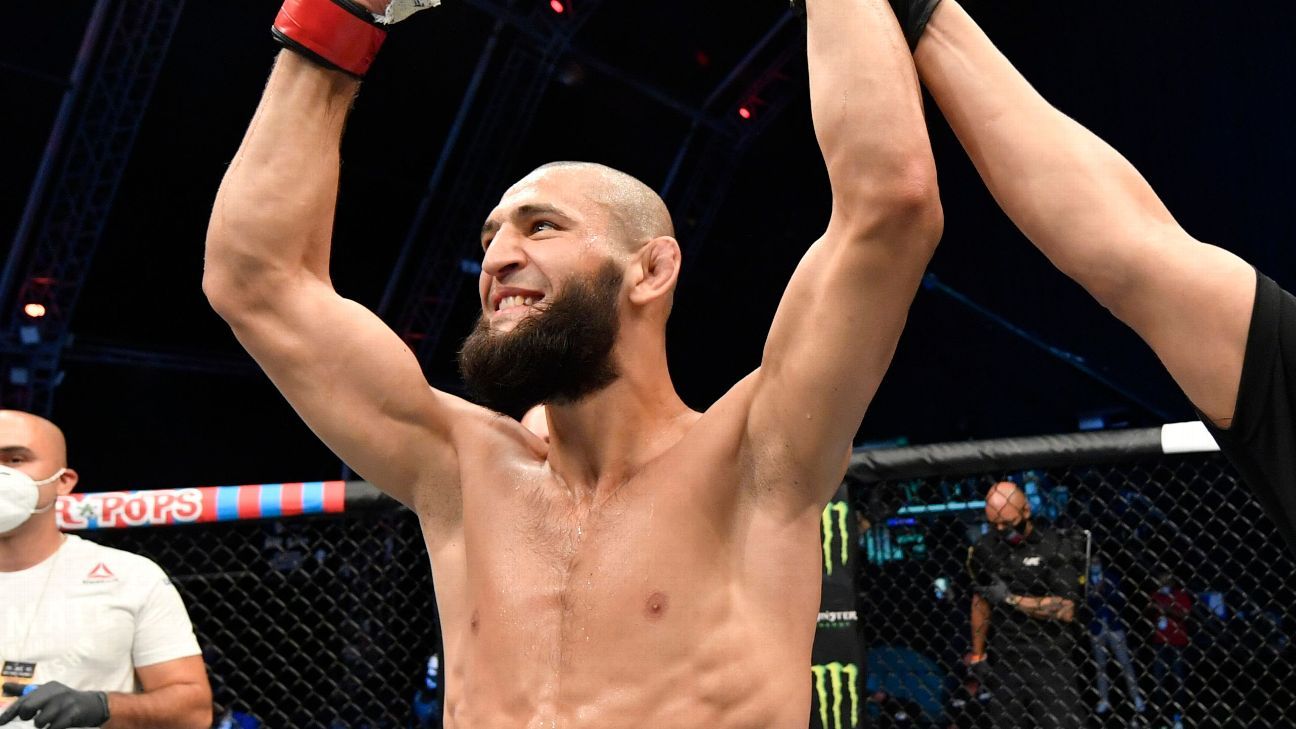 UFC welterweight contender Khamzat Chimaev is now targeting a return to competition in July, according to his manager Ali Abdelaziz.

Chimaev (9-0) was a breakout star for the UFC in 2020, and was scheduled to face highly ranked welterweight Leon Edwards in a main event on March 13 in Las Vegas. Chimaev, 26, was forced to withdraw from that fight, however, due to lingering health issues caused by COVID-19.

The Chechen-Swedish martial artist dropped a bombshell on the MMA community earlier this month, when he hinted at potential retirement on social media. In another post on Tuesday, Chimaev wrote, ‘Surprise surprise I’m coming back to smash everybody.”

“He’s probably going to start training in the middle of April, and is looking to fight in the beginning of July,” Abdelaziz told ESPN. “He’s still getting medical treatment on a daily basis, but he is doing much better. Neil Magny is the guy we have in mind as an opponent, but let’s see what happens.”

Magny (24-8) is an eight-year veteran of the UFC. Fighting out of Denver, Magny is coming off a loss to Michael Chiesa in January, but had won three in a row prior to that.

Chimaev’s situation with COVID-19 has stalled out some of the momentum he built in 2020, when he won two UFC fights in a span of 10 days and knocked out Gerald Meerschaert, a middleweight, in just 17 seconds in October. Should he pick up where he left off in July, he has considerable star power to tap into.

“I think a lot of us don’t truly know what these young fighters go through,” Abdelaziz said. “It’s impossible to live inside their heads and inside their bodies, and sometimes they say things out of frustration or they are just mad they can’t do what they love to do. Khamzat has been doing this all his life, so he’s almost felt crippled not being able to train, but he’s healthy now and he’s going to start training.

“I was talking to him this week and he even said he’s going to be swimming with alligators and sharks, and doing movement with these creatures, as part of a special training program.”