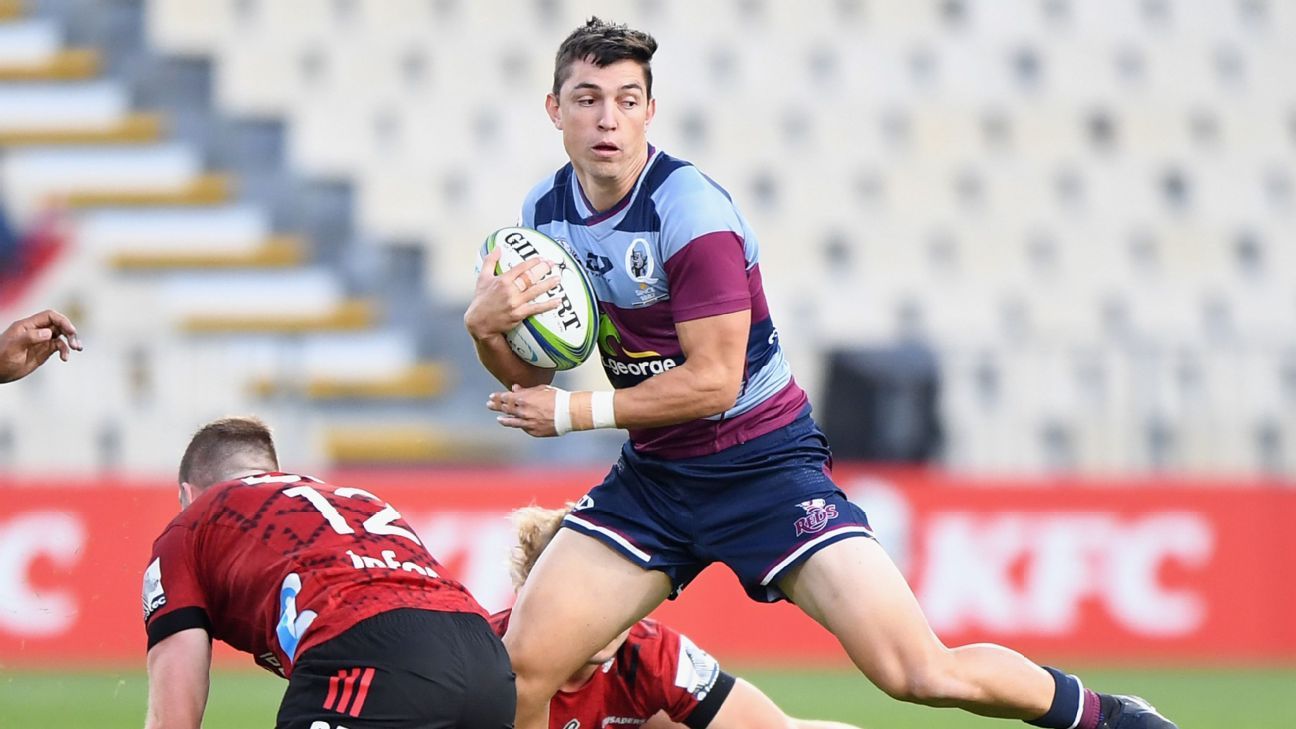 Rugby Australia boss Andy Marinos remains positive that the trans-Tasman Super Rugby competition will proceed, despite New Zealand Prime Minister Jacinda Ardern’s revelation that her government would announce a potential date for the opening of a travel bubble with Australia on April 6.

Indications are that it would take a month for such a bubble to be set up between New Zealand and Australia — and perhaps only certain states at that — which would give the planned six-week competition a 10-day window to finalised within.

As it stands there is only quarantine-free travel from New Zealand to Australia and not the other way round.

Speaking to reporters on Wednesday, Marinos said both his organisation and its New Zealand Rugby counterparts continued to engage in dialogue with each other and their respective governments.

“We remain positive on it, if those borders open then obviously it’s all systems go and full steam ahead,” the RA chief executive said. “And we’re in continual dialogue with New Zealand and our government around what those restrictions what might look like going forward, and we’ve just got to keep flexible and see what happens in the next couple of weeks.”

Ardern had been expected to announce the date for the opening of the bubble on Monday, but the Prime Minister instead delayed the announcement by a fortnight, leaving what will be a narrow window for the trans-Tasman series to be either green lit, rearranged or scrapped altogether.

The six-week competition, which pits New Zealand’s five Super Rugby provinces against the five from Australia from May 14, could potentially be reformatted into a hub scenario similar to that which was used for the Tri Nations last year.

With Australia again throwing its hat in the ring to host a Rugby Championship hub this year, it may be that Australia’s five Super Rugby teams are sent across to New Zealand if a bubble doesn’t open up in time. That would potentially spare New Zealand’s players two separate hub stints in Australia.

“We’d certainly be very keen to see if we could hub it in either of the countries, the big challenge around that is that if there are going to be quarantine restrictions how does that impact on our July preparations because we are coming hard up against that window,” Marinos said.

“So there are a couple of different points you’ve got to address; if we’re going to hub it what does that mean for the July internationals; when are they going to start; are they going to stick to the traditional window; or are we going to have to look at moving that around again with the French coming over; what are the impacts going to be around that?”

As for the planned “Super Round” in week three, Marinos again said it was a case of wait and see.

“Well that’s still something we are talking about and how we can optimise that because the whole purpose of that was to try and get everyone into that one centralised location and put a whole commercial model around that,” he said.

“It’s been a bit disruptive not knowing with any certainty if we are going to be able to do that. But again there we’re just going to have to display a fair bit of flexibility, whether we just flop into a normal round or have a hybrid of that or go ahead as we had planned…it’s just all very fluid in this point in time.”

Ardern on Monday said the bubble was a “highly complex” arrangement and that the New Zealand Government was continuing to work with Australia’s individual state governments as well as the Federal Government, suggesting there could be issues for RA given the five franchises are spread across four states while the Brumbies are based in the ACT.

Both Queensland and Western Australia have been quick to close off their borders to other states when small COVID outbreaks have occurred.

Melbourne Rebels and Western Force last year both relocated to ensure that Super Rugby AU proceeded, while Dave Wessels’ side again shifted their base to Canberra earlier this year following the snap Victorian lockdown a week before the competition began.

If bubble arrangements cannot be reached with each of the respective state governments in which Australia’s teams are based, the franchises could again foreseeably relocate. But as is the situation in New Zealand, players from the Rebels in particular have grown weary of life on the road, particularly after they were finally able to return to AAMI Park for a first home game in more than 12 months last Friday.

Still, Reds coach Thorn couldn’t hide the desire that his team have the opportunity to face New Zealand’s five teams in the tournament, last week saying they were prepared to become the “Queenstown Reds” if it would allow them to face the likes of the Crusaders and Blues.

Several of New Zealand’s franchises had earlier this year indicated they had factored in plans for a third round of Super Rugby Aotearoa amid the uncertainty of the trans-Tasman series proceeding.