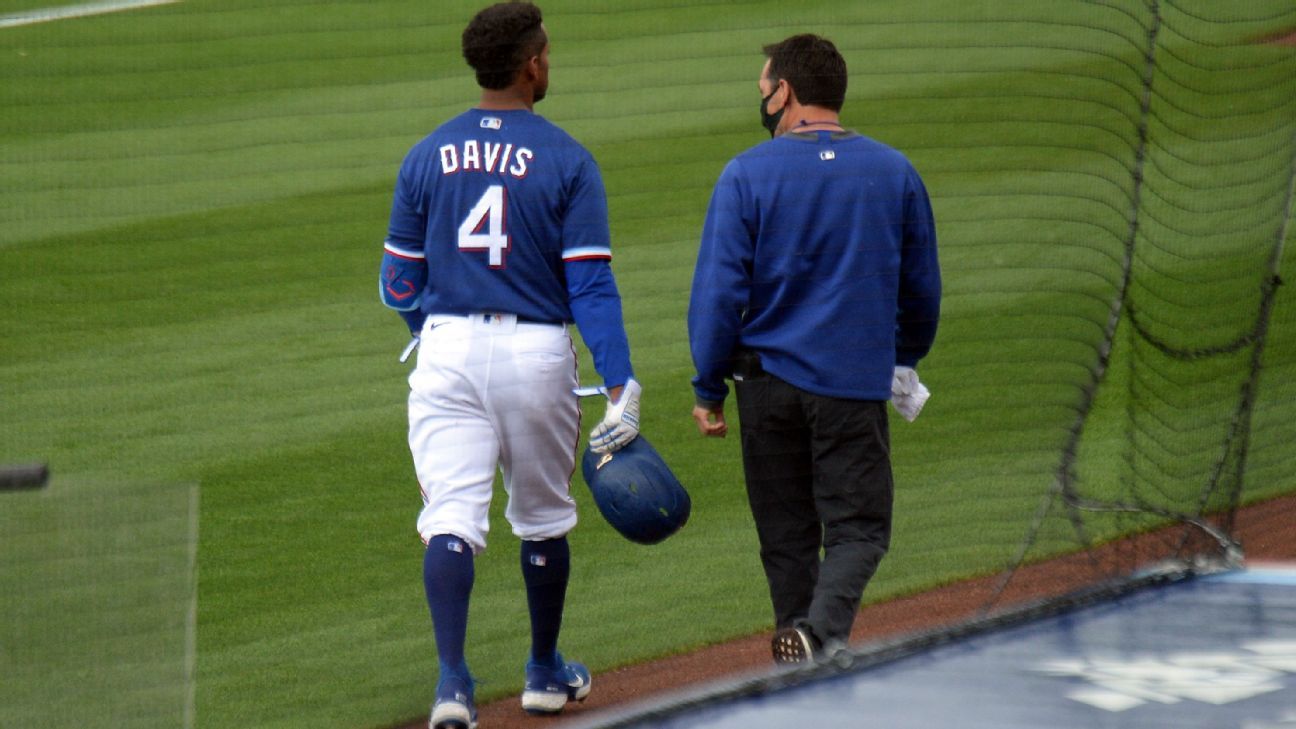 SURPRISE, Ariz. — Texas Rangers designated hitter Khris Davis strained his left quadriceps running out a bunt single in a Cactus League game Tuesday and could start the season on the injured list.

Davis pulled up before reaching first base and left the game against the Los Angeles Angels. Texas won 6-4. Manager Chris Woodward said after the game the extent of the injury wasn’t known but that the IL was a possibility.

The injury to Davis means the two leading candidates at DH for the Rangers could begin the season on the injured list. Willie Calhoun is dealing with a hamstring injury. Texas opens the season April 1 at Kansas City.

The Rangers acquired Davis from Oakland this offseason in a trade that sent longtime shortstop Elvis Andrus to the Athletics.