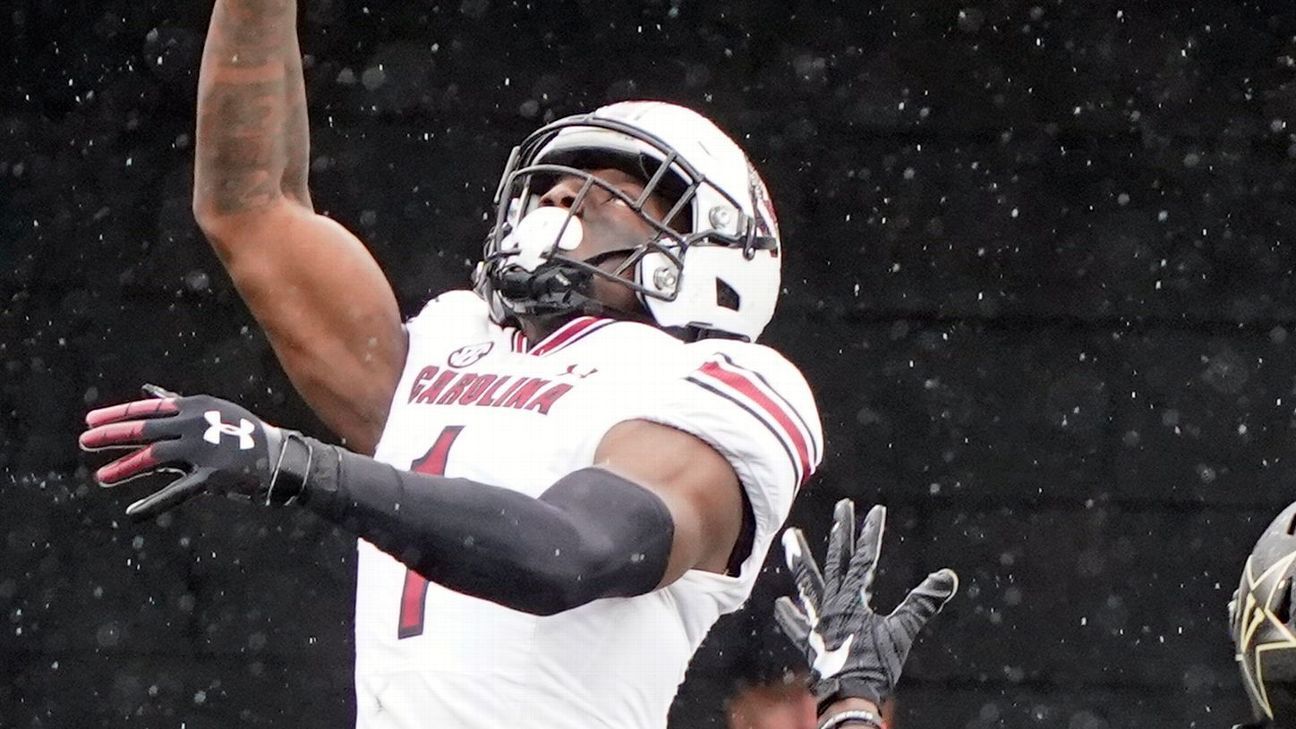 COLUMBIA, S.C. — South Carolina cornerback Jaycee Horn believes he’s the best defender in the NFL draft. He showed the pros he’s one of the fast with a sizzling performance at the school’s pro day Wednesday.

Horn, a 6-foot-1, 205-pound defensive back from Alpharetta, Georgia, is projected as a first-rounder and ran an unofficial time of 4.39 seconds in the 40-yard dash.

“I feel I’m the best defensive player in the draft,” Horn said Tuesday.

He’s expected to be among the first cornerbacks chosen and did little to change that image as he worked out Wednesday.

Horn, the son of former New Orleans and Atlanta receiver Joe Horn, said he’s been matched against some of the best receivers in the Southeastern Conference and came out on top. “I’m versatile, have the size, (have) the speed and athleticism,” the younger Horn said.

He showed that speed with his unofficial time in the 40, which would’ve been third fastest among defensive backs at the 2020 NFL Scouting Combine.

Horn finished 2020 with 16 tackles and led the Gamecocks with eight defended passes and six pass breakups. Both his interceptions last season came in a 30-22 victory over Auburn, the first time the Gamecocks had defeated the Tigers since 1933.

The NFL canceled this year’s event due to the coronavirus, instead holding on-campus sessions across the country. South Carolina had five invitees, led by Horn.

The biggest question Horn’s gotten in meetings with NFL teams are about his actions last fall when he opted out of South Carolina’s final three games after the firing of Gamecocks coach Will Muschamp.

Horn faced social media comments at the time that he quit on his teammates. It was a family matter, Horn detailed this week. He said his grandparents and several relatives in Mississippi got COVID-19, his aunt dying from the virus.

Horn felt his place was with his family before he began getting ready for the NFL draft.

Horn acknowledged the difficulty in hearing outsiders question his integrity. “But I fought through it and I’m in a better place now,” he said.

Horn was projected to go 16th overall to Arizona in the latest mock draft by ESPN analyst Mel Kiper Jr.

Horn wasn’t the only player to leave after Muschamp’s dismissal, a group that included 6-3 cornerback Israel Mukuamu, who also gave up his eligibility for the NFL and worked out Wednesday.

Mukuamu said a groin injury in the season opener last year limited his effectiveness and when he re-aggravated it after a loss at Ole Miss – the night before Muschamp was let go – it was considered a season-ender and he moved on. Mukuamu is projected at a fourth-round pick next month.

Mukuamu, who had three interceptions in a 2019 South Carolina upset of No. 3 Georgia, believes he fits best at corner, but will do what he’s asked at the next level.

“I’m just trying to get in the door,” he said. “The guys that are versatile stay longer and that’s what I want to do.”

Horn thinks his ability can make him a long-time fixture in any NFL defensive backfield. “Whether I’m first round, second round or undrafted, when I step on the field I’m going to show that,” he said.