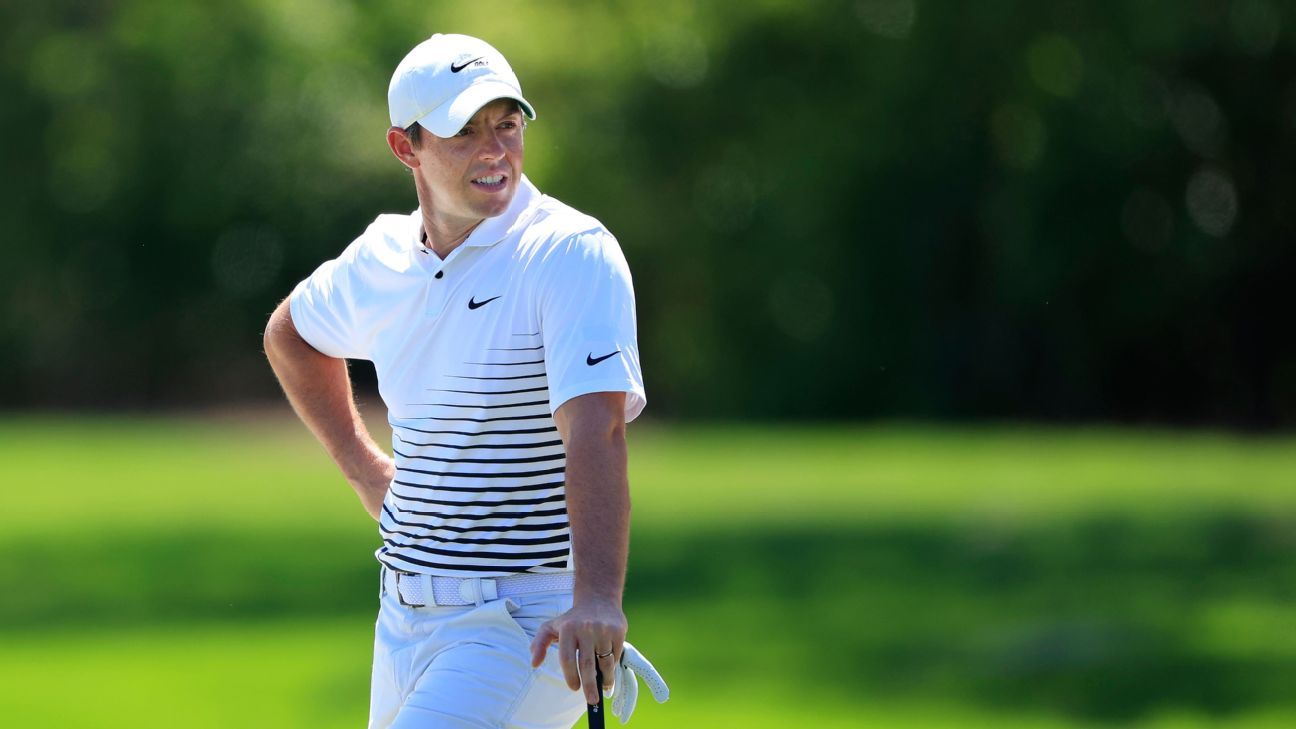 Water hazards are part of golf. A pond here. A lake there. Throw in a couple of oceans, even an island green. Typically, though, pools don’t often come into play on the PGA Tour.

Well, Rory McIlroy has been struggling — even he admits that — so anything is possible.

On the fifth hole of his first match of the WGC-Dell Technologies Match Play against Ian Poulter on Wednesday morning, McIlroy went swimming.

His tee ball was wide left at Austin Country Club, hit the cart path, jumped a fence and ended up at the bottom of a pool.

McIlroy recently admitted his swing is a mess after Bryson DeChambeau‘s newfound distance got in his head. Clearly, McIlroy is still searching. On Monday, he revealed he was starting to work with instructor Pete Cowen. Obviously, they have some work to do. And they don’t have a lot of time to figure things out. The Masters, the one major McIlroy doesn’t have, is just two weeks away.