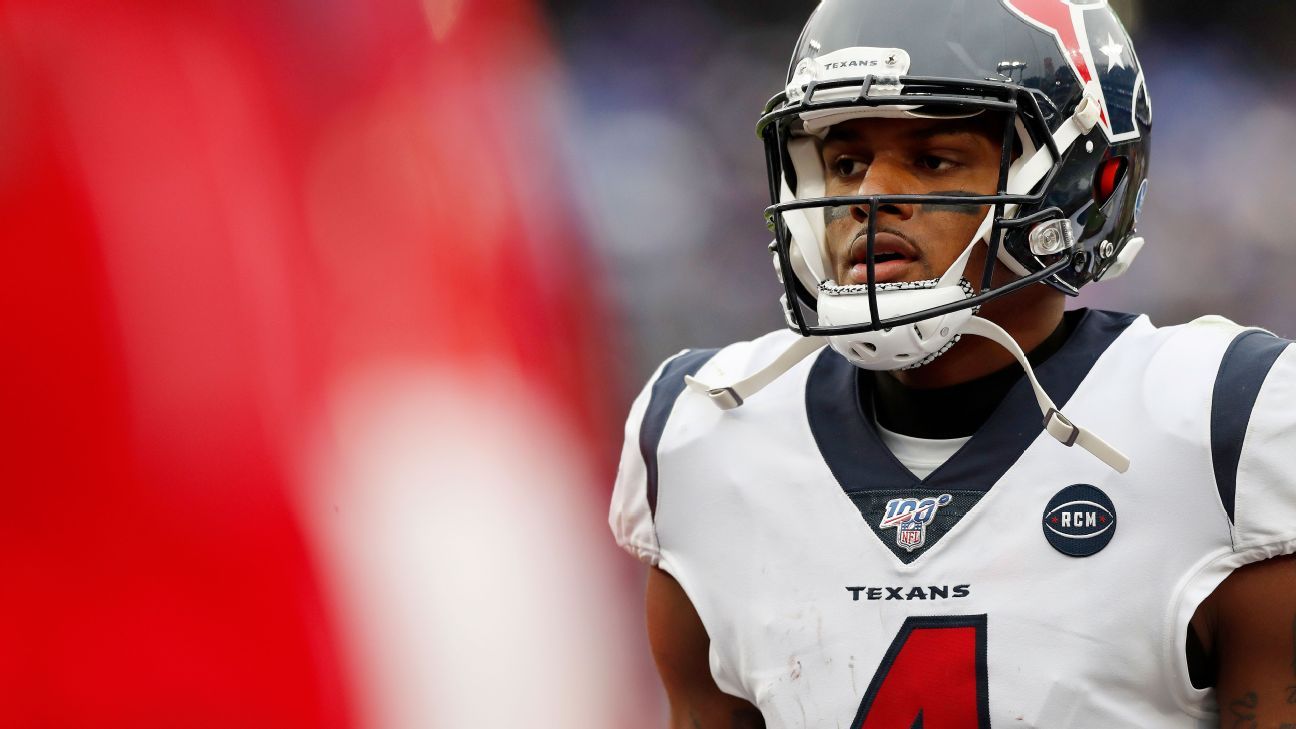 HOUSTON — Deshaun Watson‘s lawyer, Rusty Hardin, said in a statement that his law firm has “strong evidence” showing that one of the lawsuits alleging sexual assault against the Houston Texans quarterback is false and that it “calls into question the legitimacy of the other cases as well.”

Hardin added that he believes “any allegation that Deshaun forced a woman to commit a sexual act is completely false.”

In his statement Tuesday, Hardin said Buzbee has “orchestrated a circus-like atmosphere by using social media to publicize 14 ‘Jane Doe’ lawsuits,” and that the lawyer has also refused Hardin’s requests “to confidentially provide the names of the plaintiffs so we can fully investigate their claims.”

Regarding the case that was singled out by Hardin in his statement, Watson’s attorney released a signed affidavit from Watson’s marketing manager, Bryan Burney. In that declaration, Burney said he spoke with an individual he believes is the plaintiff in the third case filed by Buzbee.

“In January of this year, a woman attempted to blackmail Deshaun by demanding $30,000 in exchange for her “indefinite silence” about what she stated was a consensual encounter,” the statement said.

The lawsuit referenced alleges that Watson sent a direct message to the plaintiff over Instagram and then scheduled a massage for Dec. 28, 2020, at an office building in Houston.

After leaving the room, the massage therapist alleges she returned to find Watson lying on the massage table on his stomach with just a small towel covering his buttocks. She alleges that when Watson turned over midway through the massage, he “got more aggressive, forcefully telling her to move her hand down to his pubic area.”

The plaintiff alleges that she felt “intimidated and threatened” and “she was afraid of what someone like Watson could do if she did not submit to his demands.” She says in the lawsuit that Watson made it clear, repeatedly, that he could “help, or hurt, her career.” The lawsuit alleges that Watson forced the woman to perform oral sex on him, and that she “did not consent.”

In an Instagram post Saturday, Buzbee said he would submit affidavits and evidence from several women to the Houston Police Department and the Houston district attorney Monday morning. He also said he will request that a grand jury consider the evidence and determine whether charges should be brought against Watson by the state of Texas.

Dane Schiller, a spokesperson for the Harris County district attorney, said Monday that it would be “inappropriate” for the DA’s office to comment on the lawsuits against Watson.

“It would be inappropriate for the District Attorney’s Office to comment on a civil lawsuit, and we refrain from publicly discussing allegations in any matter until and if a criminal charge is filed; we do this out of fairness to all,” Schiller said in a statement.

Last week, NFL spokesperson Brian McCarthy said “the matter is under review” pertaining to the league’s personal conduct policy, and the Texans said in a statement that they would stay in close contact with the NFL during its investigation.