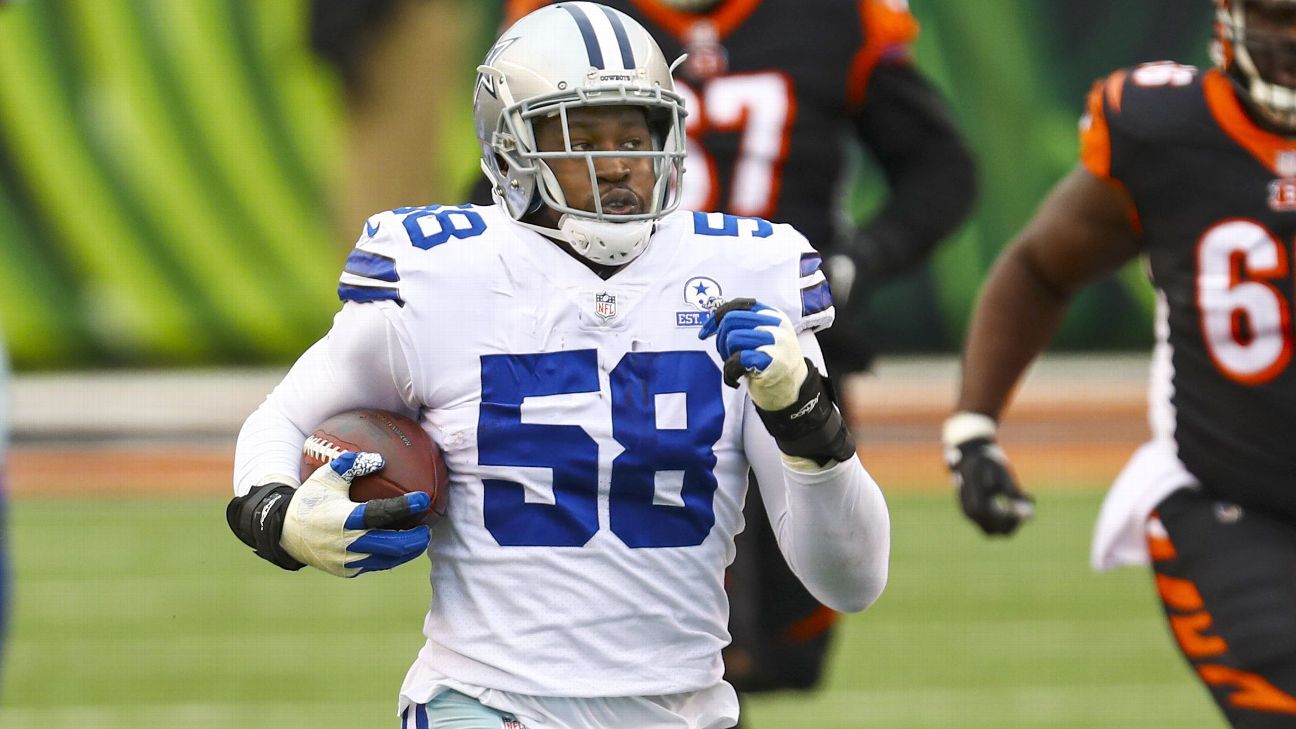 The Dallas Cowboys have informed free-agent pass-rusher Aldon Smith that they are not going to re-sign him after one season, a source told ESPN’s Ed Werder on Wednesday.

After serving an indefinite suspension from 2016 to 2019 for multiple off-field incidents and violations of the league’s substance abuse policy, Smith joined the Cowboys in 2020 on a one-year deal that could have paid him up to $4 million based on certain incentives.

The 31-year-old Smith finished the season with five sacks — including three in Week 3 against the Seattle Seahawks. He was second to DeMarcus Lawrence on the Cowboys with 33 quarterback pressures and had 48 tackles, 5 tackles for loss and 2 fumble recoveries, returning one for a touchdown.

The decision not to bring back Smith was reinforced by the Cowboys’ signing of veteran free-agent defensive end Tarell Basham.