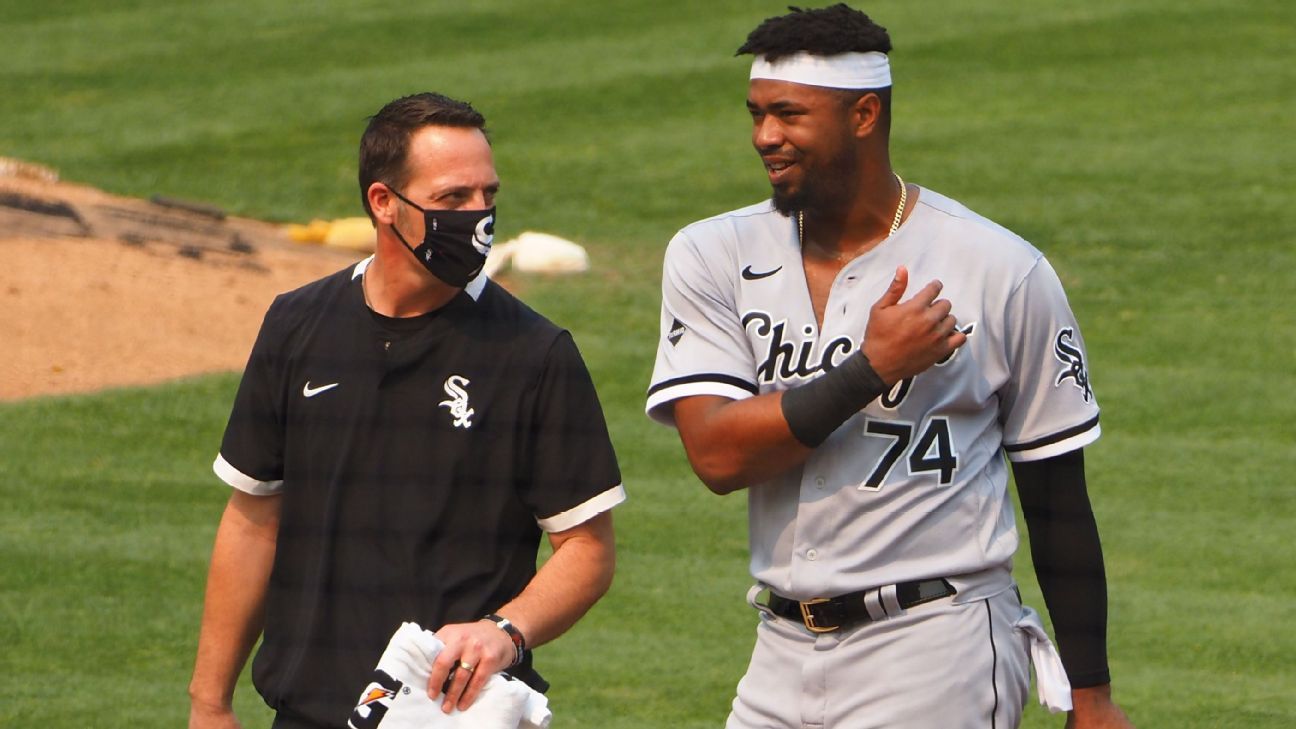 GLENDALE, Ariz. — Chicago White Sox left fielder Eloy Jimenez hurt his left shoulder when he tried to make a leaping grab at the wall on Sean Murphy’s solo homer for Oakland in the second inning of their exhibition game on Wednesday.

Jimenez’s left arm barely moved as he walked off the field with an athletic trainer. The team said Jimenez departed with left shoulder discomfort, and it would provide another update on Thursday.

The play assuredly will lead to another round of questions about whether Jimenez might be better suited for designated hitter than left field — where he has had a couple adventures since his big league debut in 2019. The 24-year-old slugger batted .296 with 14 homers and 41 RBI during the pandemic-shortened season last year.