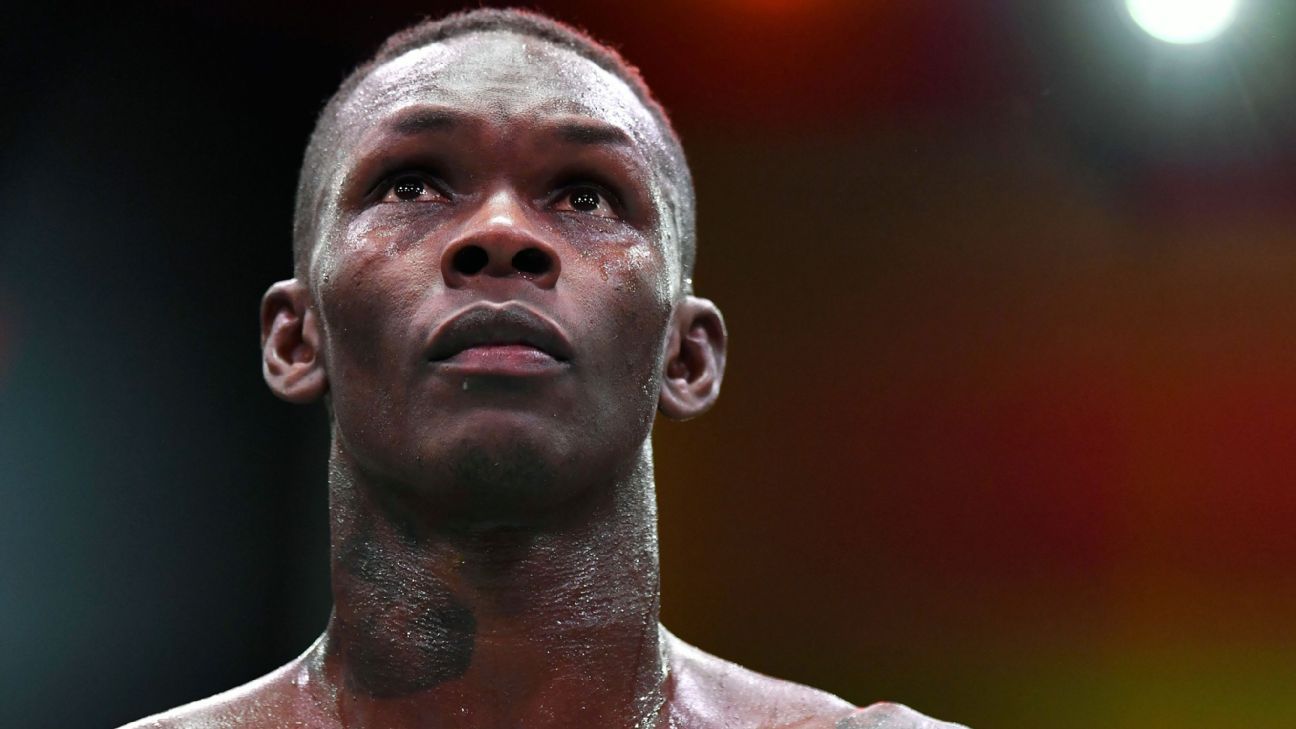 UFC middleweight champion Israel Adesanya acknowledged he “crossed the line” and apologized Thursday after a back-and-forth exchange on social media with fellow middleweight Kevin Holland ended with Adesanya saying he would “rape” him.

Adesanya posted a video on social media earlier this week, responding to trash talk from Holland. In the video, Adesanya told Holland: “Bro, I will f—ing rape you,” according to the New Zealand Herald.

Adesanya later deleted the video, and Thursday he posted an apology on social media.

“Last weekend fight talk escalated to a point in which I crossed the line,” Adesanya wrote. “I understand the gravity of this word and how it can affect and hurt other people apart from my opponent, although that was NEVER my intention. I am still growing under the spotlight, and I take this as a lesson to be more selective with words under pressure.”

The apology came after Grant Robertson, New Zealand’s deputy prime minister and minister of sport and recreation, criticized Adesanya’s comment, telling the Herald that the subject of rape shouldn’t be taken lightly. Adesanya, who was born in Nigeria, is a longtime resident of New Zealand.

“I’m sure Israel understands that, I believe he has deleted the tweet in question,” Robertson told the Herald. “It will be up to the UFC as to what they do. But I would certainly be making clear to him, and to anybody actually, that we have to take rape seriously. It’s not an issue that anyone should be making jokes or flippant comments about at all.”

The UFC did not immediately respond to a request for comment Thursday.

BMW told the New Zealand Herald in a statement that it would not be using Adesanya in an ambassador role that was set to be announced this week.

“Due to the comments made by an athlete online, we have reviewed our pending association with said athlete and we have decided not to push forward with a specific ambassador for the brand at this time in New Zealand,” the company said.

Adesanya, who failed in his bid to become UFC light heavyweight champion earlier this month against Jan Blachowicz, has drawn criticism for his words and actions before. When he knocked out Paulo Costa at UFC 253 last September, he pantomimed a sexually charged gesture to a prone Costa. And prior to a fight with Yoel Romero last year, he said he would make Romero “crumble like the Twin Towers.” Adesanya apologized for the latter remark.

Adesanya, 31, was undefeated in MMA before Blachowicz defeated him by unanimous decision at UFC 259 on March 6. He remains the UFC middleweight champion with a pair of successful title defenses to his name. ESPN has Adesanya ranked No. 5 on its MMA pound-for-pound fighters list.