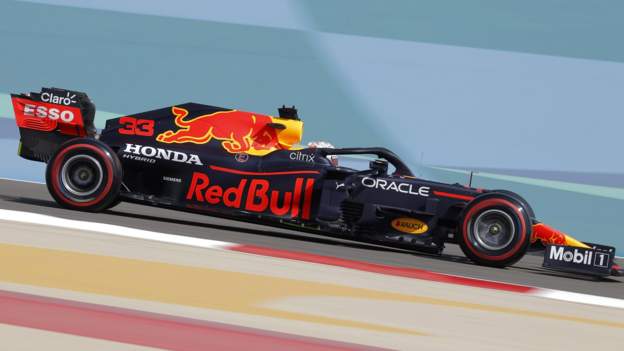 Red Bull’s Max Verstappen was fastest in the first practice session of the new season at the Bahrain Grand Prix.

He was 0.298 seconds quicker than Mercedes’ Valtteri Bottas, with Lando Norris an impressive third for McLaren ahead of Lewis Hamilton’s Mercedes.

Sebastian Vettel was 12th for his new team Aston Martin while Fernando Alonso, back in F1 after two years away, was only 16th in the Alpine.

The session is not necessarily representative of true competitiveness, not only because the teams could have been running their cars in different specifications, but also because conditions in the sunny afternoon are different from in qualifying and race, which take place after dark.

Nevertheless, the session did seem to continue the impression of pre-season testing that Red Bull had a slight edge on pace over Mercedes.

The Mercedes appeared to be handling better than it was in pre-season, when the drivers were struggling with a rear instability issue.

The team have spent the last 12 days analysing why they were struggling, but on Thursday Hamilton said Mercedes were “not the quickest” heading into the season.

The world champion did not set an optimum lap time – he was held up in traffic in the middle sector on his fastest lap.

Perez was 0.677secs slower than Verstappen in his first outing for Red Bull.

George Russell was 17th in the Williams, while Mick Schumacher, son of seven-time champion Michael, was 19th, quicker than team-mate Nikita Mazepin with their Haas cars at the tail of the field.