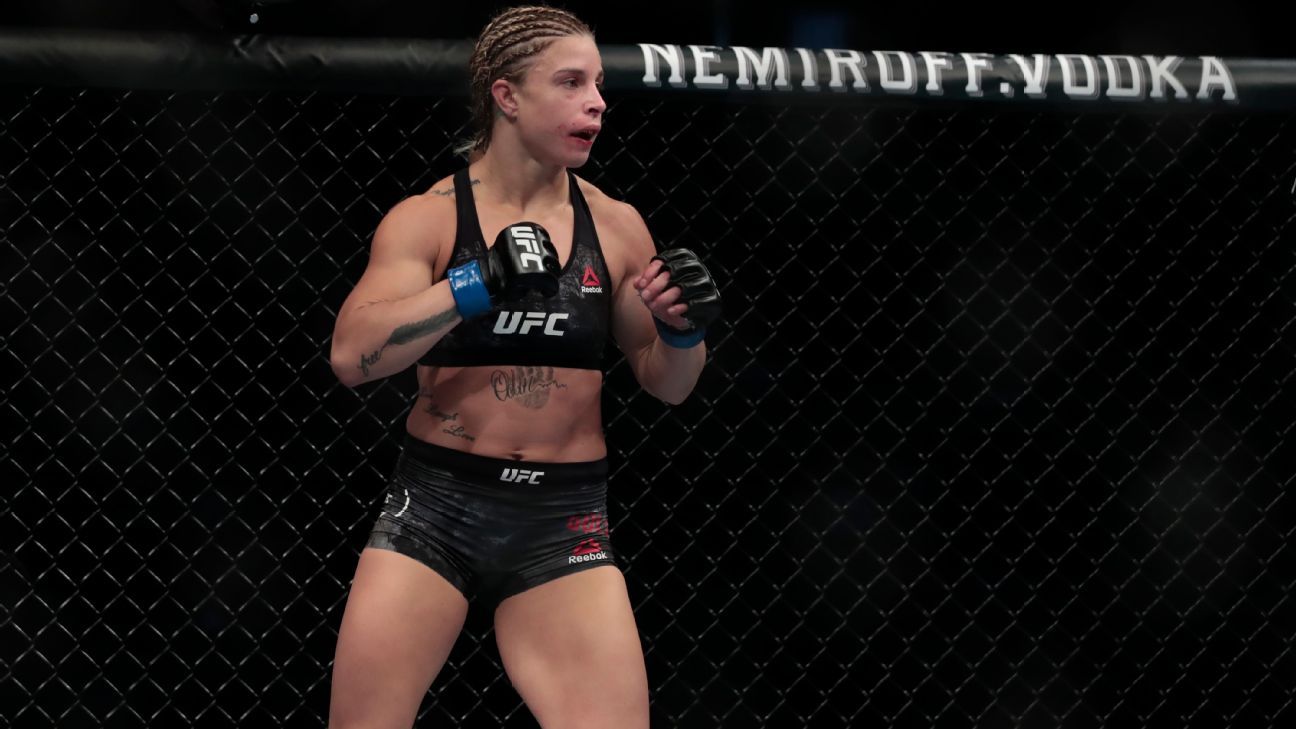 LAS VEGAS — A women’s strawweight fight between Hannah Goldy and Jessica Penne has been removed from Saturday’s UFC 260 card after Goldy tested positive for COVID-19.

Goldy posted about the positive test Wednesday on Instagram, writing in part, “I have never felt better, stronger or more complete. I was so ready to perform for y’all Saturday, unfortunately that was not Gods plan. I’ll be taking the necessary precautions and rescheduled as soon as I am healthy!”

The bout is expected to be rescheduled for a UFC Fight Night card on April 17, promotion officials said.

Goldy (5-1) was trying to bounce back from her first career loss, to Miranda Granger in August 2019. Penne (12-5), meanwhile, has not fought in nearly four years after injuries and several issues with USADA, the UFC’s anti-doping partner.

UFC 260 is headlined by a heavyweight title fight between champion Stipe Miocic and challenger Francis Ngannou at the UFC Apex in Las Vegas.