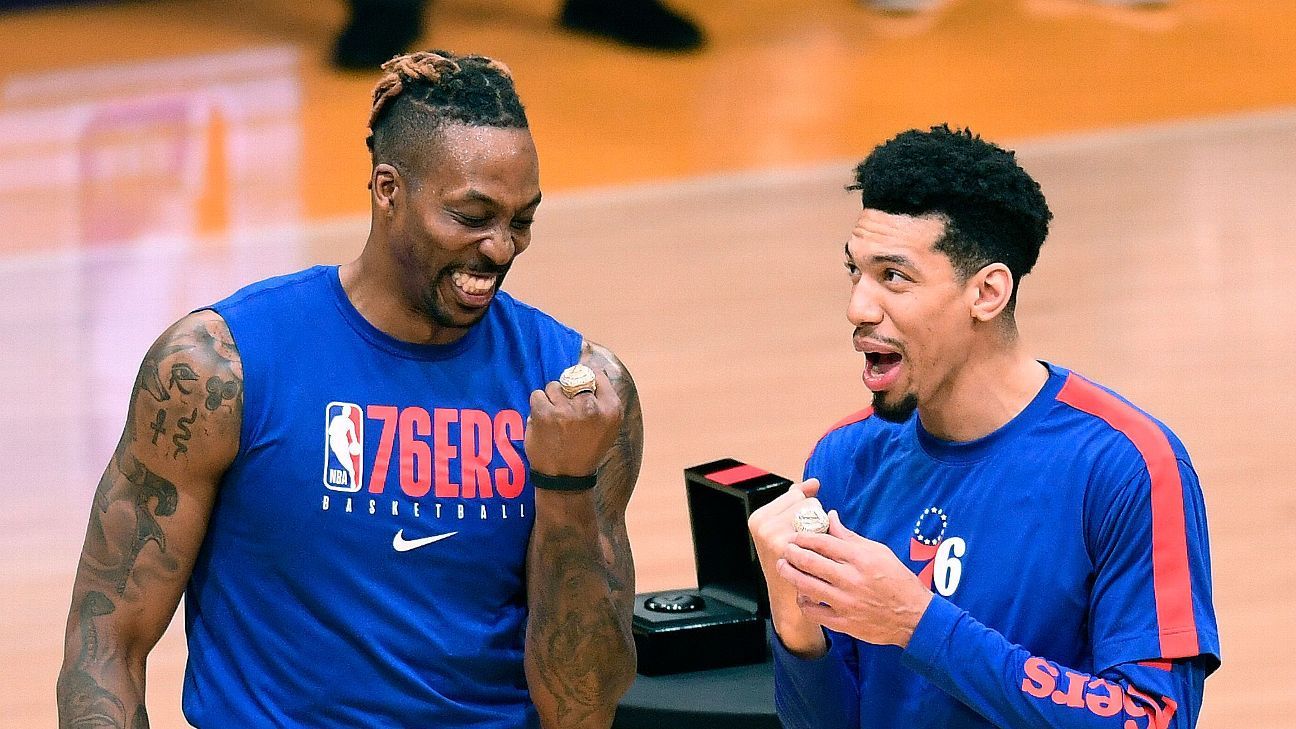 It didn’t take long for Howard’s expression to change from cheer to chagrin.

Howard, making his return to Staples Center, was ejected in between the first and second quarters, as referee Kane Fitzgerald called a technical foul on Howard for intentionally walking into Lakers big man Montrezl Harrell on his way to Philadelphia’s bench after the buzzer sounded.

Howard and Harrell had already been called for double technical fouls for getting tangled up with 1 minute, 8 seconds remaining in the first quarter, making the second tech an automatic disqualification for Howard.

Harrell pushed Howard away from him and continued toward the Lakers’ bench, turning to wave goodbye to the three-time Defensive Player of the Year winner while he pleaded his case with Fitzgerald.

What prompted the pair’s bad blood is unclear, but Harrell, last season’s Sixth Man of the Year while playing for the LA Clippers, might not have ever joined the Lakers in the offseason had Howard not signed with the Sixers.

At the outset of free agency in November, Howard tweeted, “I’m staying right where I belong. Laker nation I love y’all. Purple and gold never gets old.”

In a bizarre turn of events though, he quickly deleted the tweet and ended up inking a one-year, $2.6 million contract with Philadelphia. Later that day, the Lakers agreed to a two-year, $19 million deal with Harrell.