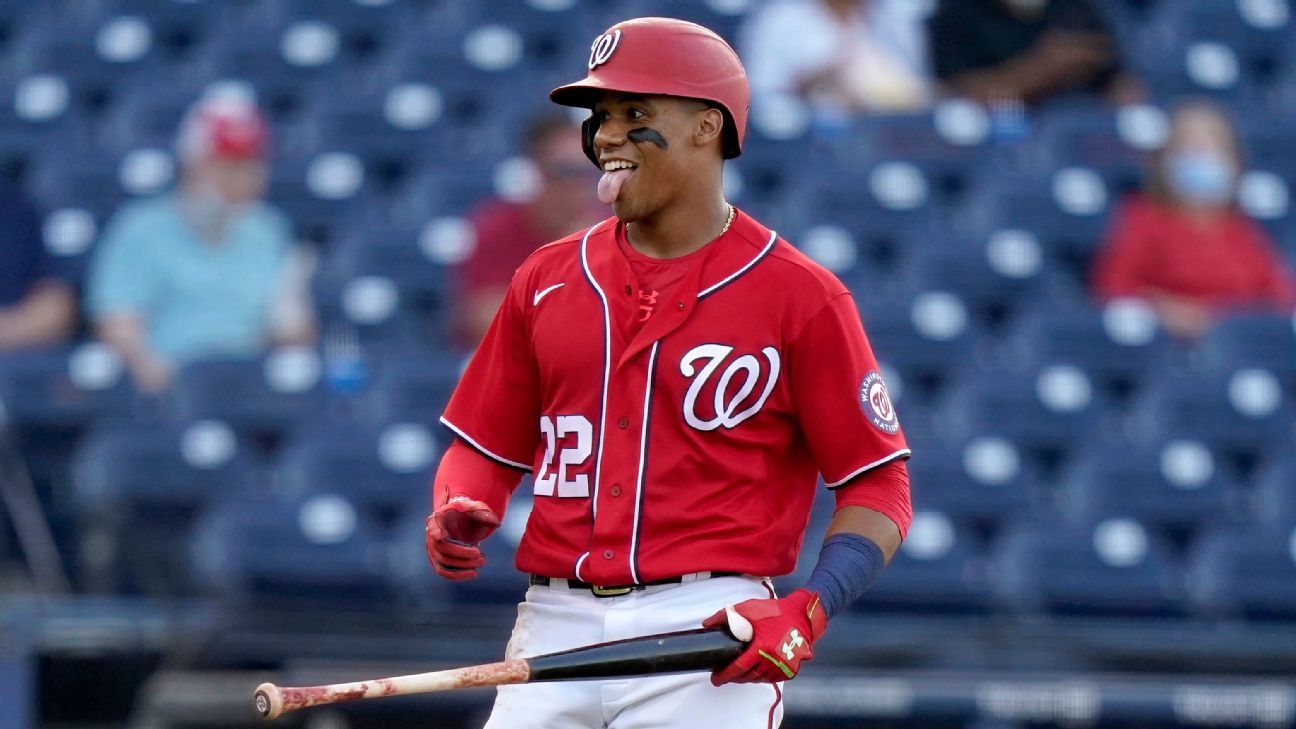 JUPITER, Fla. — Reigning NL batting champion Juan Soto left Washington’s 7-3 exhibition loss against the Miami Marlins in the middle of the first inning Thursday with what manager Dave Martinez said was a cramp in his right calf.

“I didn’t want to take any chances,” Martinez said.

The Nationals slugger drew an 11-pitch walk from Sixto Sánchez with one out in the top of the first.

Soto stayed in to run while the next two batters were retired.

He then was replaced in right field in the bottom half of the inning by Gerardo Parra.

“Said he didn’t feel it ’til he got to first base. He thought it went away, but when he came back to the dugout, he said it was bothering him, so we took him out,” Martinez said. “We’ll re-evaluate tomorrow. He said he felt fine, but I want to make sure that he gets treatment when we see him tomorrow.”

Opening day of the 2021 baseball season is a week away; Washington hosts the New York Mets at night on April 1.

“We’ve still got some days left. We can do some different things to keep them ready as far as the swing and things of that nature,” Martinez said. “But we want to make sure this doesn’t become a bigger issue.”