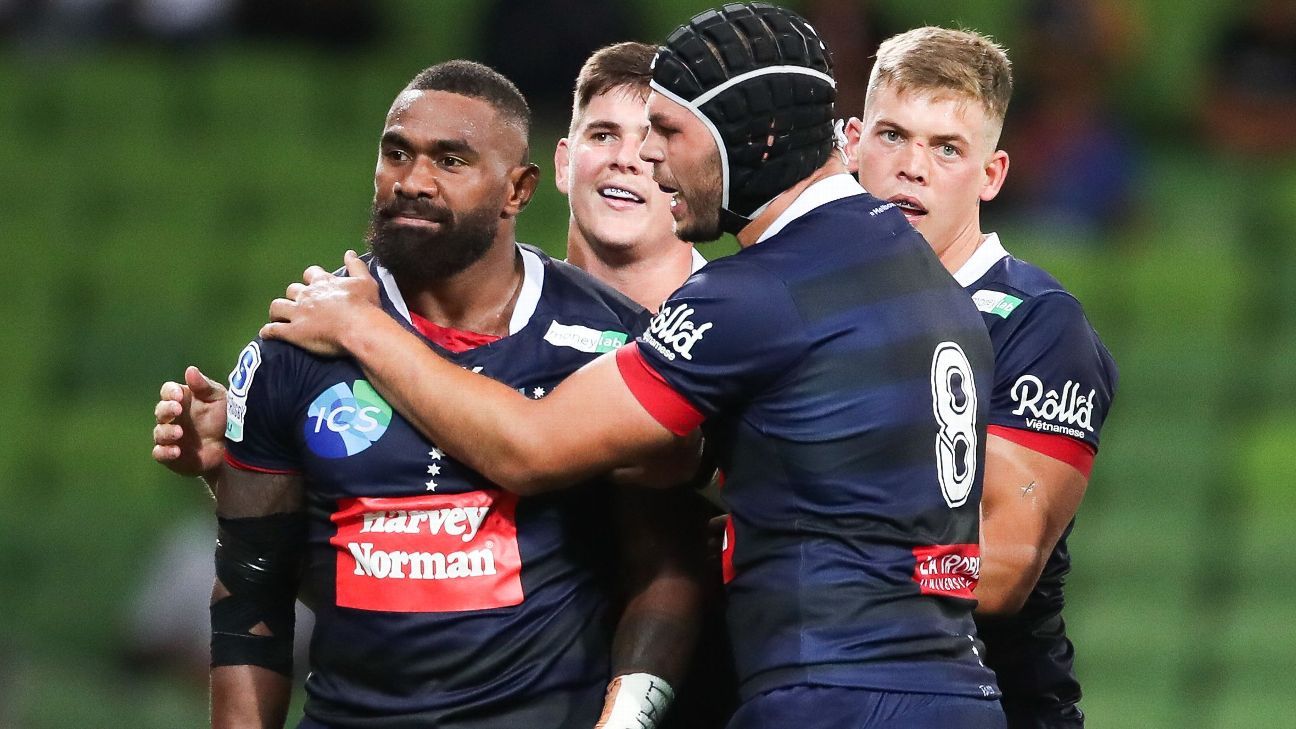 Wallabies coach Dave Rennie has liked what he’s seen in Super Rugby AU this season, but it hasn’t stopped him lamenting the likely departure of yet another big-name player overseas.

Melbourne Rebels winger Marika Koroibete looks set to become the latest Wallabies player to take his talents offshore, a move that would be a devastating blow to Australian rugby given the sensational form the Fijian-born flyer has displayed over the past three years.

European clubs have seen the impact NRL convert Semi Radradra has had firstly on the Top 14 and then the Premiership, while Koroibete would also command plenty of Yen in the Japanese Top League.

Rennie knows Rugby Australia can only compete to a certain point before the organisation is blown out of the water financially and he fears that even more players, particularly those at the start of their professional careers, will become targets of overseas raiders.

So what’s the answer then? A winning Wallabies team and a culture players simply have to be a part of.

“I agree, he’s [Koroibete] been fantastic, phenomenal,” Rennie told reporters on Thursday afternoon having wrapped up a few days at the struggling Waratahs.

“There’s been a couple of games he’s played this year where he’s been the best player on the field and you’ve only got to reflect back to the Bledisloe Cup game in Brisbane. He was sensational that day.

“We’d love to keep him but that’s the challenges we face. Japan market is just going berserk, it’s not just the elite but some fringe guys and guys who would be battling away in Super Rugby over here can earn three or four times what they would be paid.

“That’s why, I guess, we’ve got to make the Wallaby jersey something the guys are desperate to get. So, whether we can afford to hang on to guys like Marika, that’s the question. If anything, through COVID, there’s less resource around that and as contracts are coming through, the guys are getting less, not more.”

Rennie will on Sunday unveil his first squad, of sorts, of 2021 for a training camp on the Gold Coast which he says will be as much about logistics as anything; posing for photos, getting their kit measurements, planning out the year ahead; as once the French arrive the Wallabies will be “straight into it”.

He remains hopeful the trans-Tasman series will follow the end of Super Rugby AU, affording the five Australian teams and his fellow selectors greater insight into exactly how the players are tracking.

“We’re pretty keen to get a trans-Tasman comp going because that will give us a far better indication of where we’re at and how we’re going,” Rennie said. “But I honestly believe the quality of the [Super Rugby AU] rugby has been better, certainly the other sides have all improved, and we know the Waratahs are a young side and are starting to turn the corner hopefully.

“Certainly I think the skill-sets have been better, the conditioning and the work around contact; we’ve seen some good shifts. So I think the quality of rugby has certainly been better.”

Rennie has the option of bringing two players – who are short of the 60-cap threshold – back to Australia under the adjusted Giteau Law, but he seems to be leaning towards not exercising that option as was the case last year.

Izack Rodda, who earlier this month signed a deal to join the Force and return to Australian rugby will be available, but lock would seemingly have been the position Rennie might have opted to strengthen under the tweaked Giteau Law; it was reported that Rory Arnold was set to return to Australia for the Tri Nations last year before injuring his arm in the Top 14.

But there are also some rising locks making their way through in Australia, the likes of the Rebels’ Trevor Hosea, Force’s Fergus Lee-Warner and another of the Reds’ Fijian contingent, Seru Uru, all impressing in Super Rugby AU.

“That’s been really exciting, some of young fellows putting their hands up and there’s some good young kids behind that,” Rennie said of the Wallabies second-row options.

“I was at the 20s camp last week and four of those boys were over two metres. Some really good athletes in that group, [that] was just pretty exciting.”

After handing Noah Lolesio, Matt Philip, Hunter Paisami, Filipo Daugunu, Angus Bell, Harry Wilson and Irae Simone Test debuts last season, Rennie indicated there would likely be even more youngsters graduating to the top level as he prepares for a three-Test series against France but also gazes further ahead to the World Cup in two years’ time.

“And we’ve picked a team for the 2023 World Cup and so on, so we’ve tried to crystal ball around who might play, so there’ll be two or three or four guys playing who haven’t played for us yet.

“We’re certainly trying to get an understanding of who we think might be in mix and then the idea would be to bring them in earlier and blood them over the next few years. In the end they’ve still got to earn it.”

All things going well for Rennie, Super Rugby AU will hopefully continue its lift in intensity through to the finals before all five Aussie teams get a crack at Kiwi opposition. That will then set the stage for France’s arrival, which depending on what happens against Scotland this weekend could see the tourists carrying the billing of Six Nations champions.

“They’ve got amazing depth, a number of players who are the best in the world at their position,” Rennie said. “The French comp has really benefited from a lot of southern hemisphere experienced players going up there and playing alongside these guys.

“I know a few years ago they were critical of too many coming in but gee they’ve got some good depth and high quality.