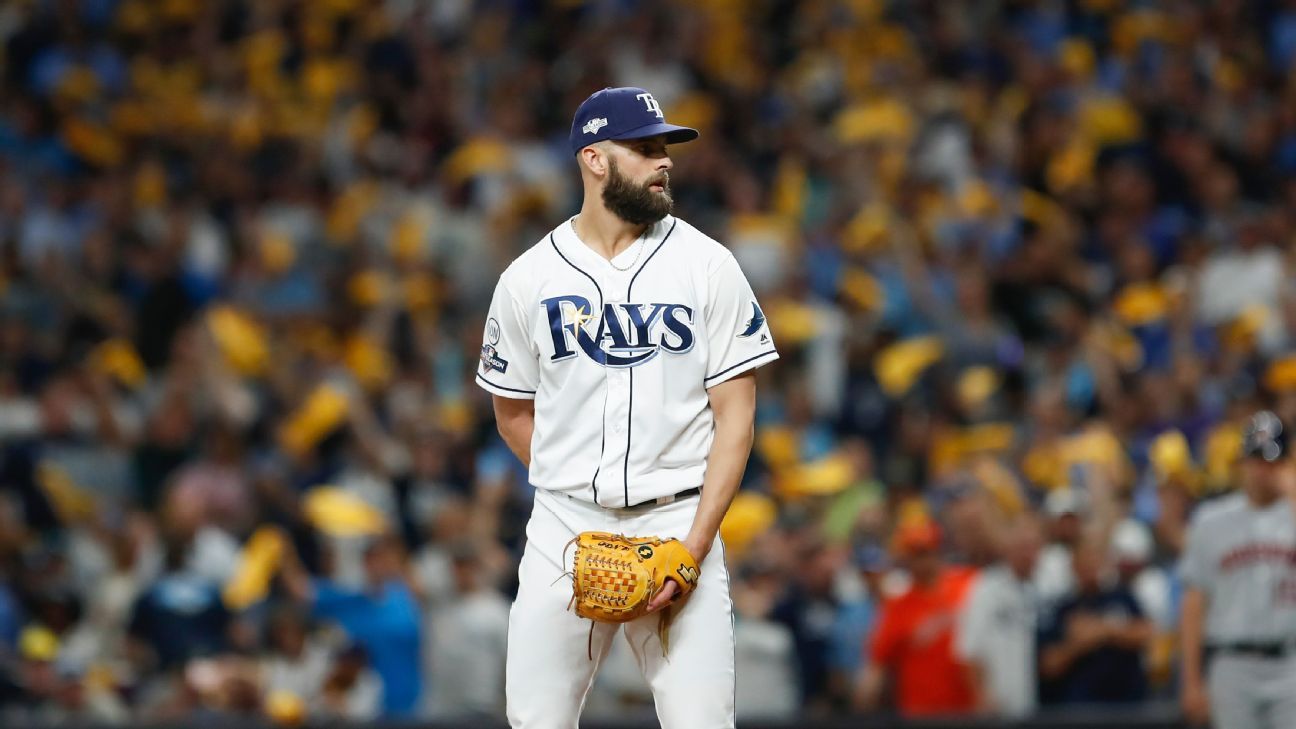 ST. PETERSBURG, Fla. — Tampa Bay Rays reliever Nick Anderson has a partially torn ligament in his pitching elbow and likely will be sidelined beyond the All-Star break, according to multiple reports.

Anderson, who is not expected to need surgery, has been a key component of Tampa Bay’s bullpen since being acquired from the Miami Marlins in July 2019. He went 2-1 with a 0.55 ERA and six saves in 19 outings during the pandemic-shortened 2020 season before appearing in 10 of the team’s 20 postseason games.

Anderson, 30, allowed hits to four of six batters he faced during a spring training outing in Port Charlotte, Florida, on Wednesday. He said afterward that he initially felt some tightness in his elbow during an appearance the previous week against the Pittsburgh Pirates.

The Rays don’t have a designated closer, but Anderson has been the team’s top performer in high-leverage situations. He was 1-2 with a 5.52 ERA and one save during the postseason, when he allowed nine runs and 16 hits in 14 2/3 innings.

The injury was first reported by The Tampa Bay Times.