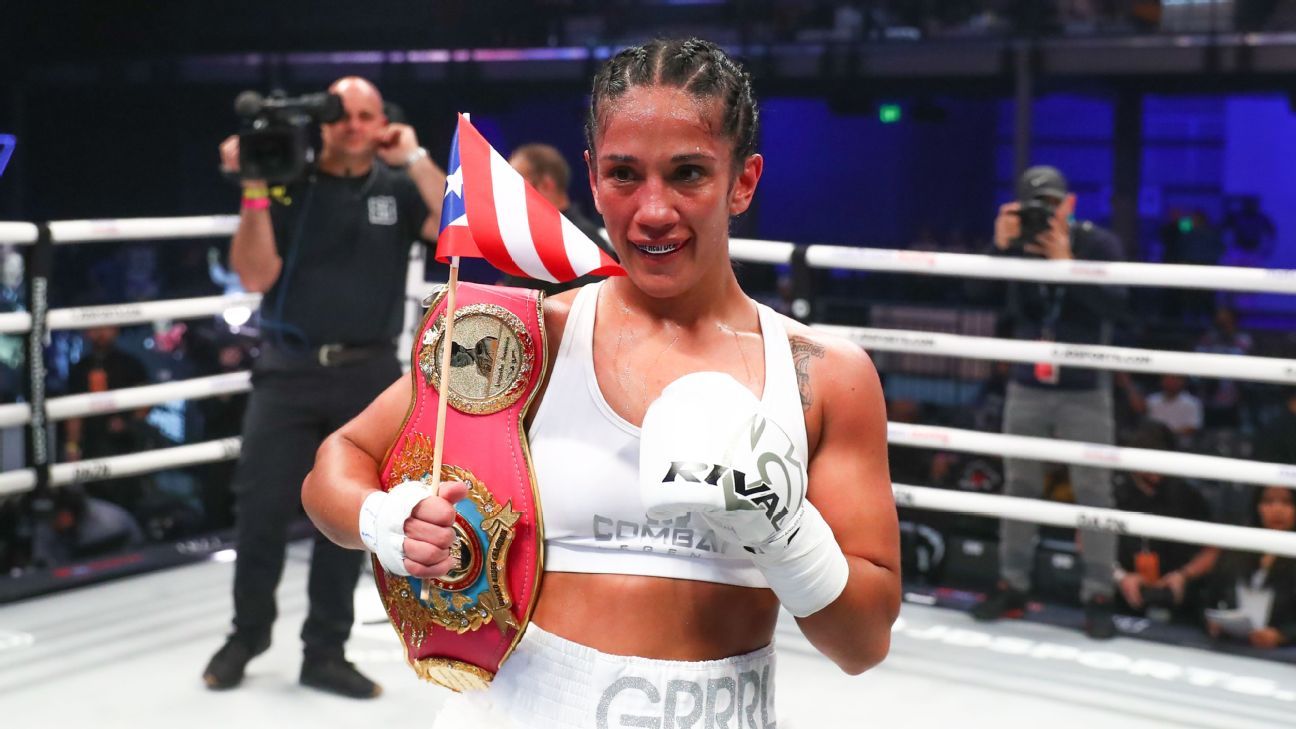 It was delayed for a couple of seconds as Daniela Romina Bermudez staggered back before falling to her knees and staying there in the ninth round Thursday night.

Amanda Serrano, the knockout queen of women’s boxing, had done it again. While many of Serrano’s fights go just a short distance, Bermudez, her opponent for the WBC and WBO featherweight titles, handled Serrano’s opening attack well.

Bermudez often would try to give some response of her own, too, at least until the ninth round, when Serrano still appeared fresh and powerful, leading to the body shot combination that stepped Bermudez back toward the ropes and then down, where she wouldn’t get up, giving Serrano the win 1:33 into Round 9.

“I knew I was going to be able to walk her down,” Serrano said on NBCSN after the fight.

Bermudez (29-4-3, 10 KO) had taken powerful Serrano punches all night. But the combination of body shots with Serrano’s right and left fist to Bermudez’s body gave her a little bit of pause. Then Bermudez started walking back and fell down.

Serrano appeared to take more punches than she usually does during a fight — and it lasted longer, too. It was only the third time in her last eight fights she went past the fourth round in a bout.

The first two rounds saw flurries from both fighters. The usually-dominant Serrano landed her fair share of punches, but Bermudez took those punches and landed counters as well. Those counters haven’t done much to Serrano although it kept the fight pretty even early.

Bermudez landed punches throughout the fight although none seemed to really stun Serrano. Even entering the final three rounds, Serrano looked fairly fresh while Bermudez appeared to tire, eventually leading to the knockdown.

Serrano’s trainer, Jordan Maldonado, was removed from her corner after the seventh round. NBCSN, which was broadcasting the fight, said on the telecast that it was due to Maldonado’s yelling at an official. Serrano said even though Maldonado was moved from the corner to a spot close to ringside, Serrano was still able to see him. She said it didn’t matter to her outcome that he was removed.