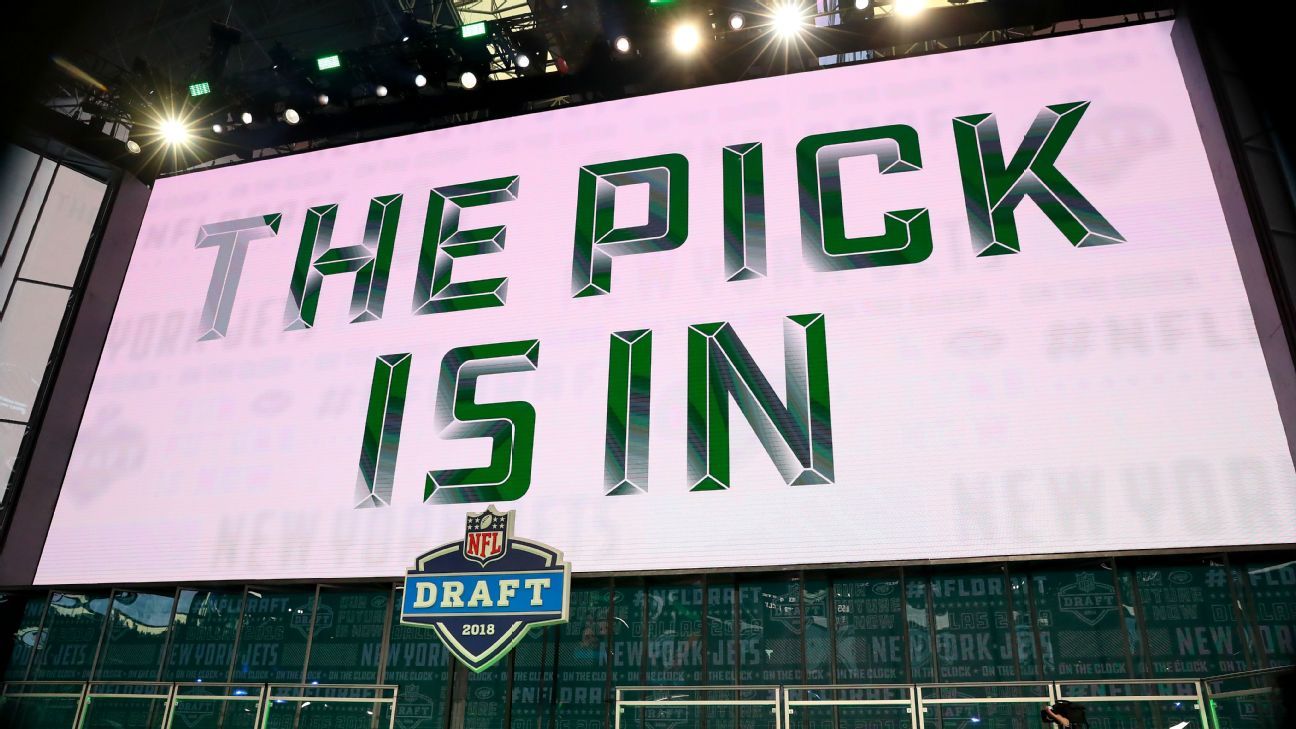 The Miami Dolphins have upended the NFL draft order for 2021, sending the No. 3 pick to the San Francisco 49ers for the No. 12 pick, which they then traded to the Philadelphia Eagles, sources told ESPN.

As a result, the Dolphins finished Friday’s moves with the No. 6 overall pick in this year’s draft and multiple future first-round picks as part of their haul, sources told ESPN.

The Dolphins first sent shockwaves across the NFL landscape by trading the No. 3 pick to the 49ers in exchange for the No. 12 pick this year, a first- and third-round pick in 2022 and a first-round pick in 2023, sources told ESPN’s Adam Schefter.

Miami then continued its dealing just a short time later, sending that No. 12 pick, No. 123 and their 2022 first-round pick to the Eagles in exchange for the No. 6 and No. 156 picks in this year’s draft, it was announced.

These blockbuster moves affirm the Dolphins’ insistence this offseason that they are building around quarterback Tua Tagovailoa in 2021, while increasing their flexibility and ability to add elite talent via the draft in future years.

The move also places the 49ers squarely in the mix to draft a top quarterback, but sources told ESPN that San Francisco is holding onto Jimmy Garoppolo and has no plans to trade him.

“Jimmy is here to stay,” a source with the 49ers told Schefter. “He’s our guy this year.”

The 49ers opted to trade up because they’re good with the options that will be there at No. 3 after picks by the Jacksonville Jaguars and New York Jets, sources told ESPN.

After a busy free-agent period in which the 49ers were able to keep many of their key free agents, they found themselves with the flexibility to be bold and go find a long-term solution at quarterback.

For the Niners, that’s what this move is about after Garoppolo missed 23 of a possible 48 regular-season starts because of knee and ankle injuries over the past three seasons. While he isn’t expected to be traded right now, Friday’s move could spur other teams to begin pursuing Garoppolo, who does have a no-trade clause in his contract.

While those offers could come, the 49ers are OK with the idea of entering 2021 with Garoppolo as the starter and the potential of drafting Ohio State’s Justin Fields, BYU’s Zach Wilson or North Dakota State’s Trey Lance as the backup.

That would set up a scenario similar to what the Kansas City Chiefs had in 2017, when Alex Smith was the veteran starter prior to Patrick Mahomes taking over the following year. Kansas City dealt Smith to the Washington Football Team for cornerback Kendall Fuller and a third-round pick after the 2017 season.

The 49ers originally acquired Garoppolo from the New England Patriots in October 2017, sending a second-round pick to get him. Since, the 49ers have gone 24-9 in games started by Garoppolo and 5-23 in all other games without Garoppolo starting under coach Kyle Shanahan.

The 49ers originally acquired Garoppolo from the New England Patriots for a second-round pick in October 2017. Since, the 49ers have gone 24-9 in games started by Garoppolo and 5-23 in all other games without him starting under coach Kyle Shanahan.

The Dolphins, meanwhile, have prioritized adding offensive playmakers, and landing the No. 6 pick allows them to still likely have one of the elite playmakers in this class that includes LSU’s Ja’Marr Chase, Alabama’s DeVonta Smith and Jaylen Waddle, and Florida’s Kyle Pitts.

Miami has got a huge haul from the August 2019 blockbuster trade of Laremy Tunsil to the Houston Texans. In that trade, the Dolphins received the No. 3 overall pick that resulted in Friday’s two trades, a 2022 third-round pick and a 2023 first-round pick. They also received No. 36 in this year’s draft plus picks last season that were used to select cornerback Noah Igbinoghene and guard Solomon Kindley in the first and fourth rounds, respectively.

Dating to last year’s draft, the Dolphins are now on track to have a run of eight first-round picks over a four-year period.

The Eagles, meanwhile, could now have as many as three first-round picks in next year’s draft, depending on how much quarterback Carson Wentz plays for the Indianapolis Colts this season.

Philadelphia received a conditional second-round pick from the Colts when they traded Wentz to Indianapolis that becomes a first-rounder if Wentz plays 75% of the offensive snaps, or if he plays 70% of the snaps and Indy makes the playoffs.

The third-round pick heading from the 49ers to the Dolphins in 2022 is a compensatory pick for Robert Saleh’s hiring by the Jets.